What’s the best place to host a boat show? How about a place that doesn’t have one already?

That’s what Jim Scilligo, a producer with TOMG Boat Shows of St. Petersburg, thought six years ago when he started the Lakeland Boat Show; and it’s been this line of thinking that has allowed the show to thrive since then. 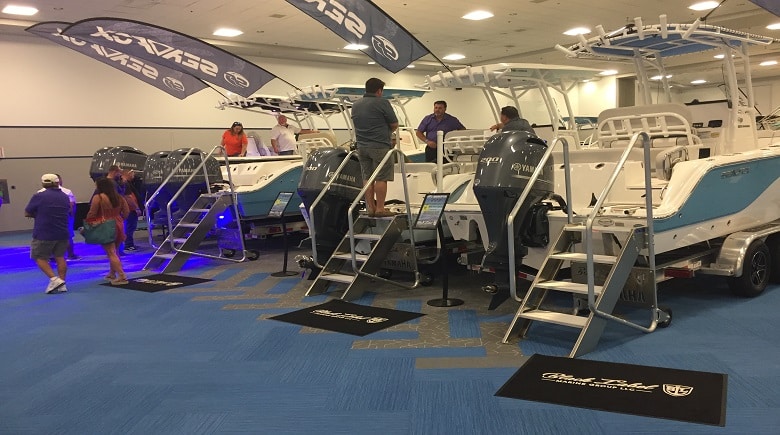 For the sixth consecutive year, the Lakeland Boat Show hoisted the anchor at the RP Funding Center in Lakeland, showcasing hundreds of boats from various boat dealers across the state.

Another advantage that has allowed the annual show to thrive has been the camaraderie fostered among fellow boaters and boat dealers. Such an event allows potential boat owners to find a boat that’s right for them without having to travel far.

“Many times what will happen is that someone will come in and research a boat online and then find out that they see something here that they think is better, and it is a great opportunity to do that as well,” he said.

Aside from Lakeland, TOMG Boat Shows also hosts similar events at cities such as Bradenton and Wesley Chapel where boat shows are not hosted. By filling a vacancy, he helps meet a need that makes his boat shows successful, he said.

“My strategy is to do boat shows in places where there are not any,” he said. “Part of what drew me here is that they did not have a boat show for a dozen years before the first show here, and it is an underserved market.”

The Lakeland Boat Show featured more than 100 makes and models from boat dealers across the state. One such dealer was Tom George Yacht Group in Clearwater, which has been attending for the past four years.

Eric Aruffo, the new product specialist, has been with Tom George Yacht Group for the past year. As such, this was his first year attending the show, and it managed to more than meet his initial expectations. 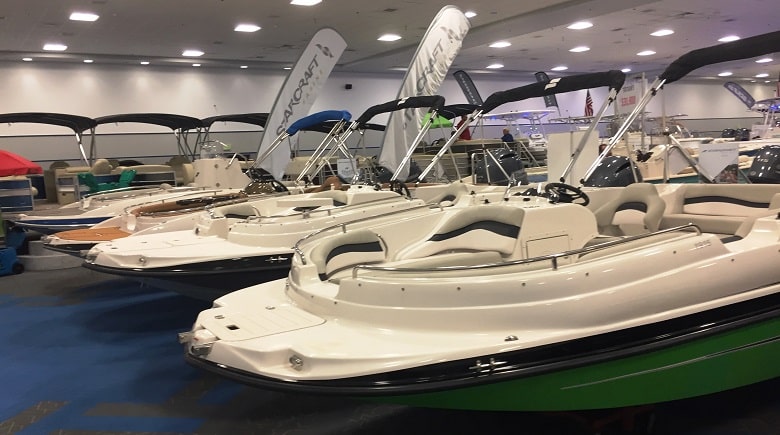 What he appreciates most is being able to meet new people and talk with them about their boating needs as to best pair them with the boat of their choice, he said.

“Everybody’s story is different, and we all love to hear that,” he said. “Our boats are [of] high quality. They are meant to last. Things will go wrong, but we are here to service and take care of that, but ultimately, our client’s experience [is] top notch.” 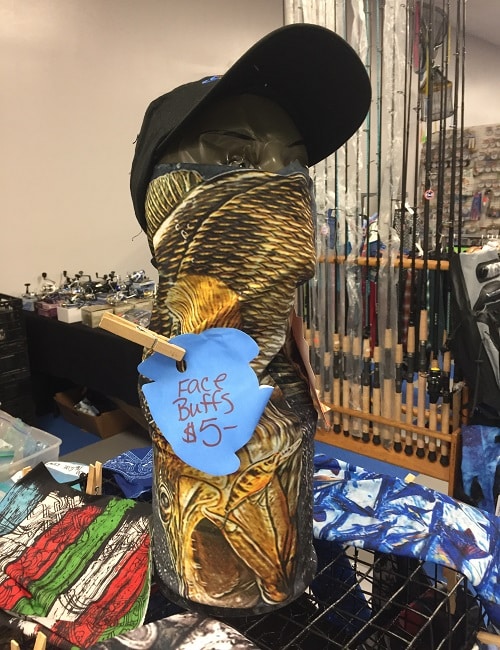 The event also facilitated many other boating and fishing-related businesses and organizations, offering merchandise ranging from fishing gear to boat radio speakers.

The Captain Joe Fishing School hosted demonstrations about every aspect of saltwater fishing. If you had a question, their captains were more than willing to answer it for you, explained owner Jennifer Herbert. 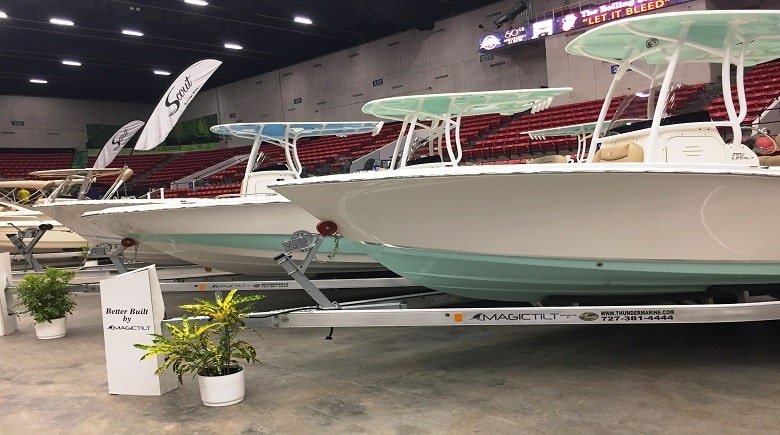 Herbert has been attending the event ever since it first started. She appreciated being able to provide valuable information to the public, especially to people who would otherwise be too afraid to ask such questions.

“There is no question that is a dumb question, so don’t feel afraid to ask and learn,” she said. “Everybody has to start someplace.” 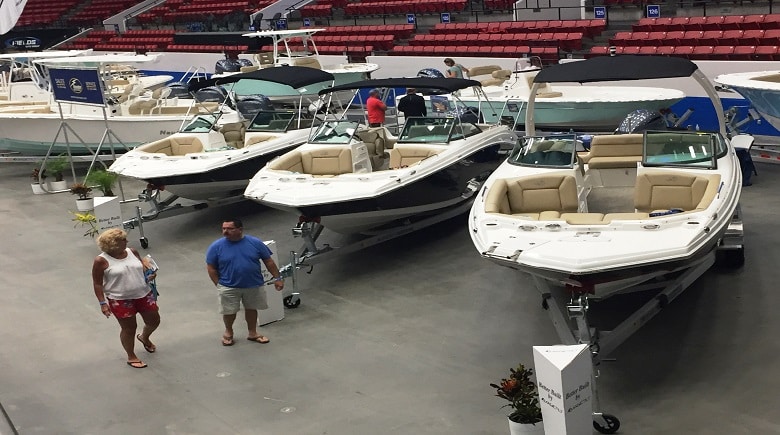 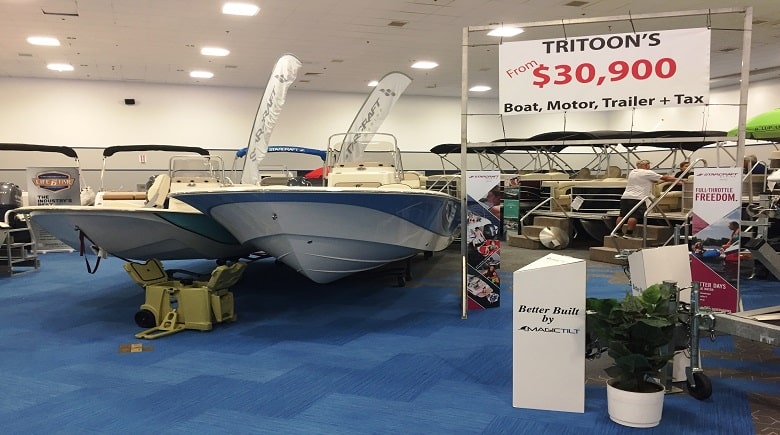 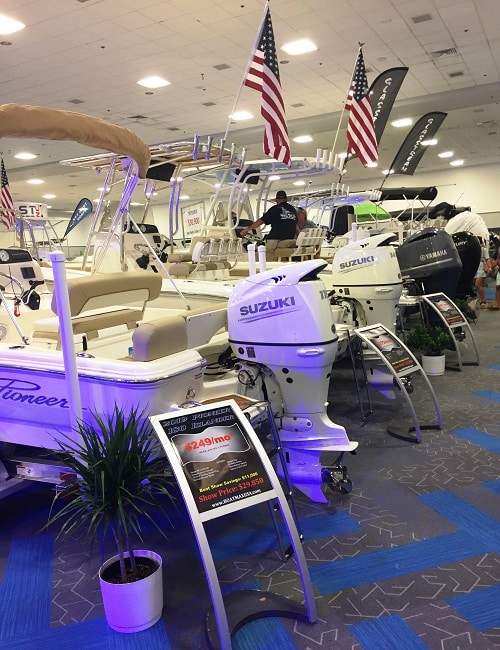 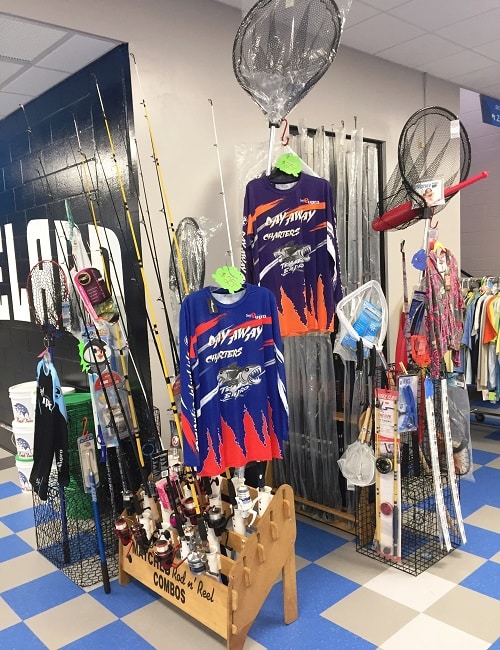