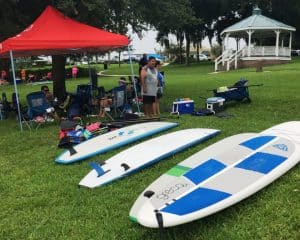 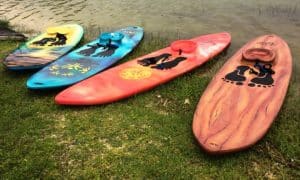 William Corsi has been involved in many sports: swimming, bowling, basketball, and softball. He also loves paddleboarding. As such, he’s more than willing to travel more than 60 miles from Tampa to Winter Haven to compete.

This was his second year attending the Stand-Up Paddleboarding (SUP) Invitational in Winter Haven, hosted by the Special Olympics of Polk County.

He joined nearly 60 other participating athletes in taking to the waters of Lake Silver and paddling around the lake for an opportunity to win prize ribbons.

Not only was he able to paddle the course laid out within the lake, but he also walked away with a first prize ribbon for one of the many races hosted that Saturday morning.

“I had fun today,” he said. “I love to have fun and compete. I love being among athletes and cheering them on to win the gold medal.” 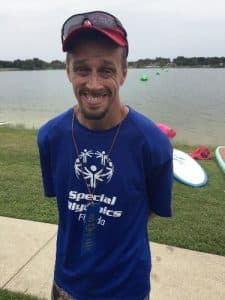 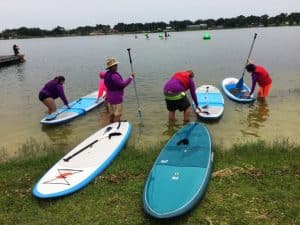 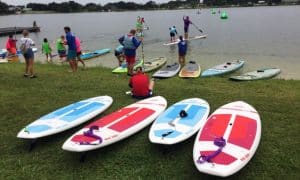 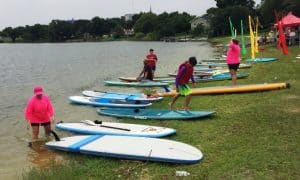 The fourth annual invitational was attended by 60 athletes from six counties: Polk, Citrus, Pasco, Pinellas, Hernando, and Hillsborough. Each of the athletes competed for a chance to qualify and attend the state games in August.

Since starting four years ago, the annual event has more than doubled in size, with the athlete’s abilities increasing tenfold, explained Sherri Henry, team management director.

Helping with the attendance this year was the beautiful weather Saturday morning, as it was neither too sunny nor too cloudy, offering the most ideal conditions for competing on the water, she explained.

“The turnout was absolutely awesome,” she said. “The weather behaved so well. It wasn’t too sunny. It wasn’t too hot. Our athletes had a great day. They were out on the water going real fast, much better times than they had in the past.” 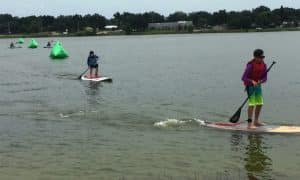 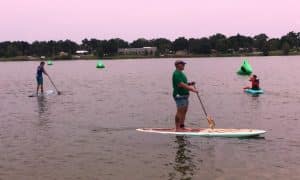 Henry loves hosting the event, as it has become more efficient in recent years thanks to the hard work of dedicated volunteers and staff. This year’s event more than exceeded initial expectations, and she hopes that next year’s event will exceed expectations set this year, she said.

“My favorite thing about events such as this is getting to see athletes beat their times, do better than they had, push past their personal goals, and seeing the smiles on their faces when they pass the finish line,” she said.

The Polk County Lake Riders were one of the many teams that attended the invitational, serving as the host team for Winter Haven. The team has been attending every year since the invitational first started, and their own team has grown since then, explained Coach Kami Rickert.

“Since this is an invitational, if you can make it, you can race, so we have multiple teams joining in each year,” she said. “[I love] the camaraderie between athletes and teams. We have a lot of athletes cheering on other teams. Everybody makes it a fun day, and we get a lot of volunteers to come out cheer everyone on. It has succeeded once again.” 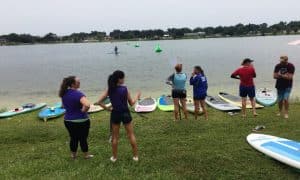 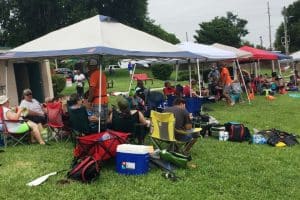