Children making a splash as they slip down a red, white, and blue inflatable water slide. A toy tower swaying to and fro as individual bricks are pulled from it one by one. Smiling faces dripping with water and juices as they bite into freshly-cut watermelon slices.

These were a few patriotic scenes of Americana that could be seen as the City of Mulberry came together to celebrate Independence Day on July 4—six days early on June 29! 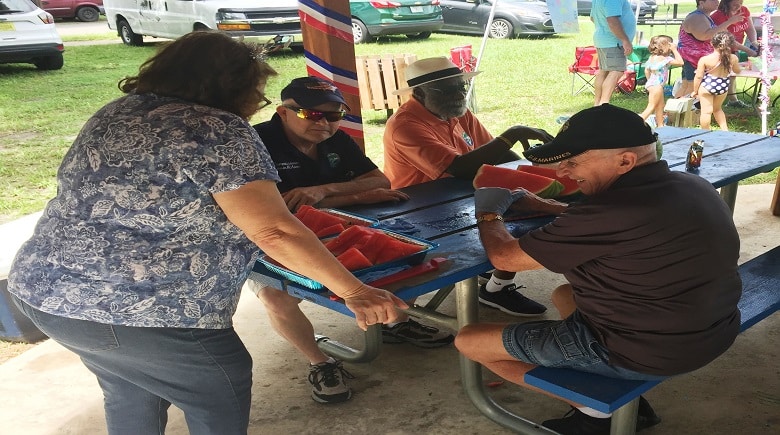 For the past three years, Mulberry has been hosting its Independence Day celebration the Saturday before the holiday, ensuring that their festivities do not compete with others throughout the county, explained Louis Holstein, Mulberry Programs Director.

Three years ago, the annual event was started as there had not been an Independence Day event hosted within the city six years prior, so the event served to promote patriotic pride among the city and its citizens, Holstein said. 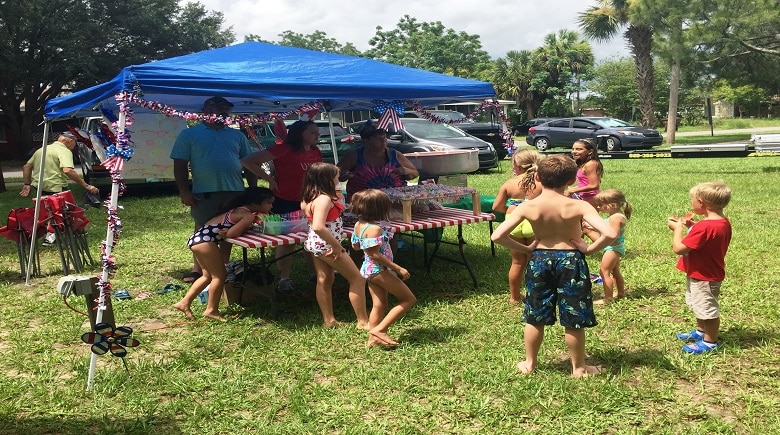 While many similar events are hosted in the afternoon and evening, to be capped off with a fireworks show, Mulberry hosts its event earlier in the day due to a local mosquito problem. 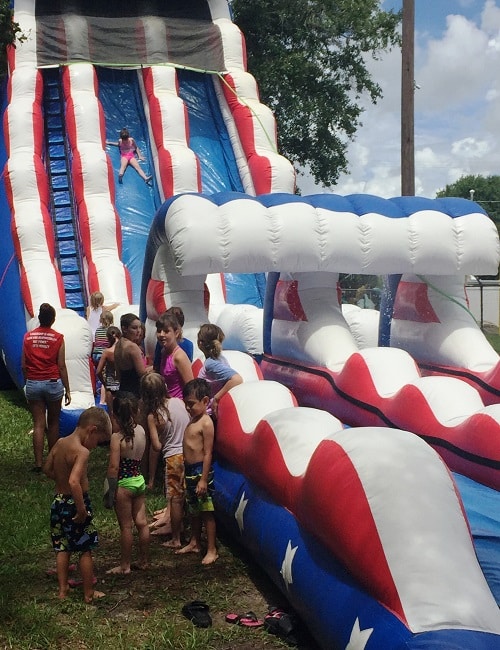 “We tried to solve it, but it just doesn’t work,” Holstein said. “So we figured there were firework shows in Lakeland and Bartow, people can attend those. This is more a celebration of small-town America.”

The turnout for this year was more or less on par with last year’s event. Though while Holstein hopes to see the event grow each and every year, he appreciates the overall small and quaint atmosphere. 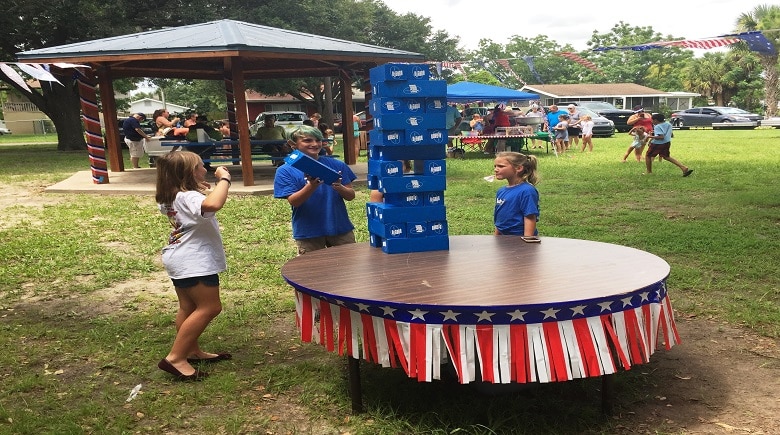 “I feel this one has a small-town feel,” he said. “I love that sense of community from a bunch of Americans coming together to celebrate our country, having some pie—because what’s more American than pie?—and having a good time with a community celebration.”

Attendees could also enjoy refreshing slices of watermelon as freshly cut by city commissioners, including Jim Splaine, Collins Smith, and Kevin McAteer. All three commissioners have been serving for more than 20 years, and they appreciated the time that day to serve their constituents in more ways than one. 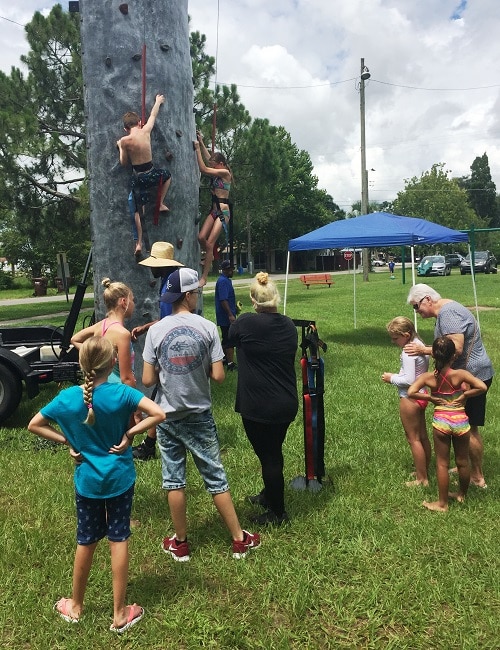 “We love the camaraderie among the people, everybody gets along, and just about having fun,” McAteer said.

“We love the reaction of the people who come by, ask them if they want a piece of melon, seeing the smile on their faces, be they men, women, or children,” said Smith.

Also helping with the event that day were several local organizations such as the Mulberry Public Library. Library assistants Beth Annie Piccarreto and Sarah French attended for the first time this year, and both were amazed by the turnout that day. 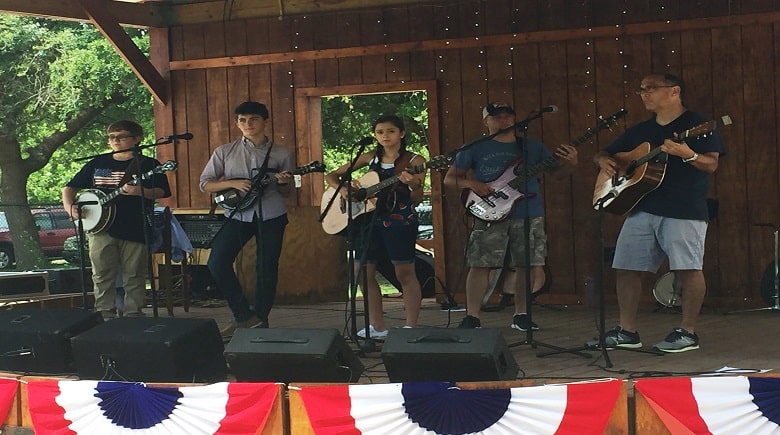 “We come to the different events that the city has, and we spread the word about what is going on in the library in the city, and we love to support our city,” French said. “We love seeing the community coming together and really enjoying the time, people getting to meet new people they didn’t know lived around them, and just getting to see the families interact with each other.”