When Andrew Allen stepped up to accept his role as the new executive director of the Lake Wales Art Center, he had a bold vision to promote arts and art appreciation in his local community, especially among the youth. 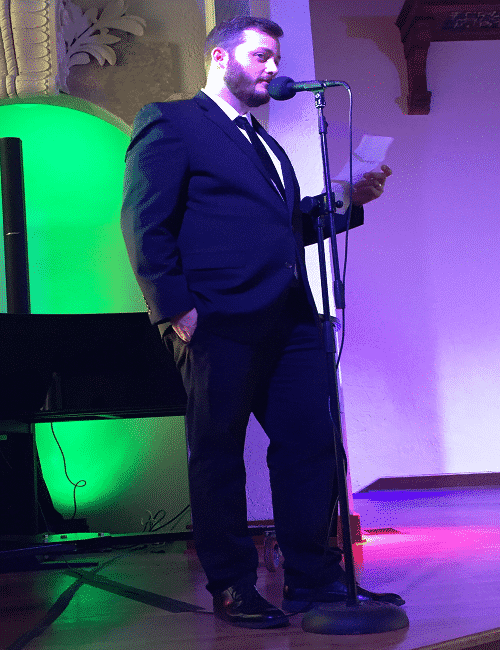 Part of that vision included rebooting their education program with the start of youth ensembles such as a string quartet, brass quintet, and symphony orchestra. This was the first time within the center’s 47-year history that a 7-12 grade youth symphony was created, Allen said.

Since then, all of their hard work and talent was revealed to the local community during their performance at the center’s inaugural Student Showcase on Thursday evening.

Rebecca Blackwelder, the conductor and director of the youth symphony, has been working with the students over the past semester. Seeing all their practice come to fruition during their performance that evening was nothing short of amazing for her. 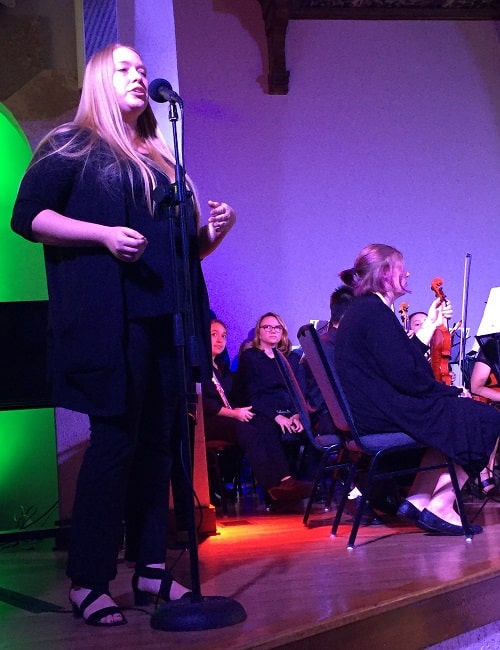 “I thought they did an awesome job,” she said. “It has been such a pleasure to work with them last semester and see how much they have grown over the last 16 weeks.”

Blackwelder was invited by Mr. Allen to participate following the reboot of the education program. Over the past few weeks, she and her students had been rehearsing every Monday for an hour and a half. For most of her students, they juggle their rehearsal with other extracurricular activities, making their performance even more impressive. 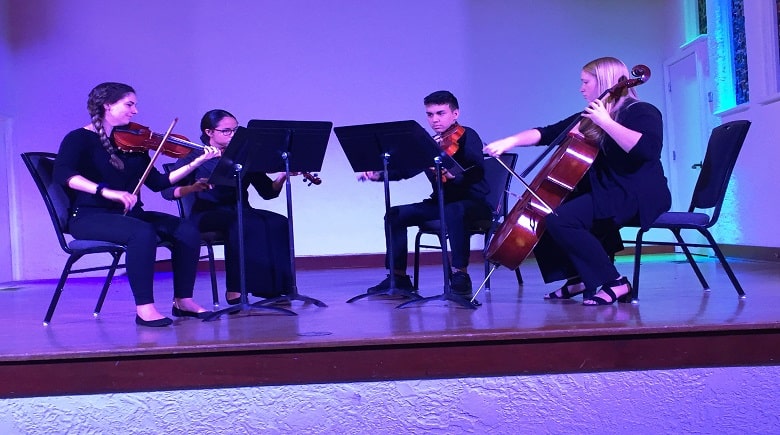 “They are all commited to other extracurricular activities as well,” she said. “This is not a school function, this is something they volunteer to do, so there is a lot of time involved, and I am impressed by their time and dedication to it.”

For her, there is nothing she loves more than being able to read a piece of music with her students for the first time, and being able to see their faces when they reach their “ah-ha!” moment when they finally understand what they are performing.

With their performance on Thursday evening, Blackwelder feels more than confident for the youth symphony and the entire educational program moving forward into the near future. They did exceptionally well this past year, and she expects them to do even better next year.

“This definetly met expectations for sure,” she said. “We are looking forward with how this program grows, not only with the symphony, but also the Arts Center.”

That evening’s concert started with a performance by the youth string quartet and their rendition of the first movement from “Brandenburg Concerto No. 3 in G Major” by Johanne Sebastian Bach.

The atmosphere shifted from the lofty strings to the boisterous brass with the performance by the youth brass quartet, playing four songs including the “Wedding March” by Felix Mendelssohn and “Prayer from Hansel and Gretal” from Englebert Humperdinck. 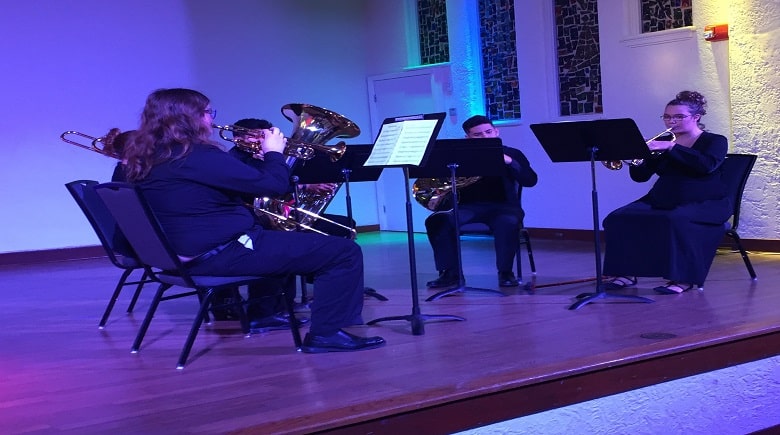 The concert came to a climatic close with performances by the youth symphony, as they played compositions by such famous artists as Mozart, Bach, and Tchaikovsky.

The center that evening was nearly packed as local residents came to see the inaugural performance by the new youth symphony. Allen himself was most impressed by their performance, especially of the very last piece by Tchaikovsky.

Introducing the event that evening, Allen made sure to express thanks and gratitude to the people most responsible for helping pull everything off for that night’s performance: the educators of the students.

“Your patience and enthusiasm and dedication to these students have been incredible to watch, and their passion for the fine arts has certainly made an impact on our [performance] tonight,” he said. 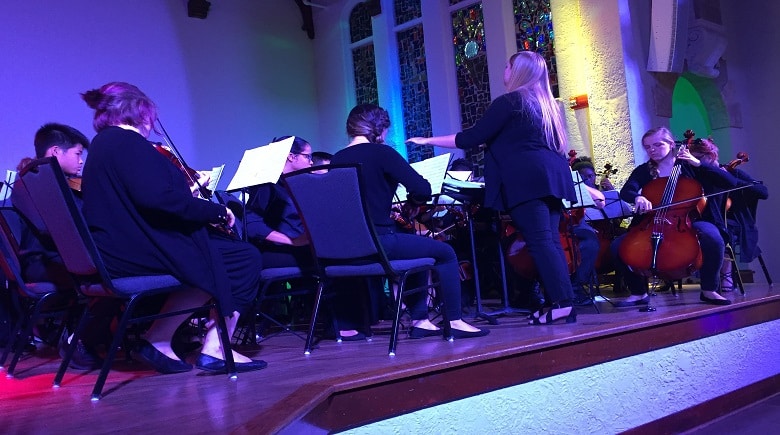 As for the educational program and the premier student ensembles, Allen has high hopes that things will improve in the near future. He has seen the Arts Center grow in leaps and bounds since coming onboard last year, and he hopes to continue seeing it do so within the next few years.

“I would love to see it grow,” he said. “I would like to see so many students up there that we would have to move to a larger venue.”