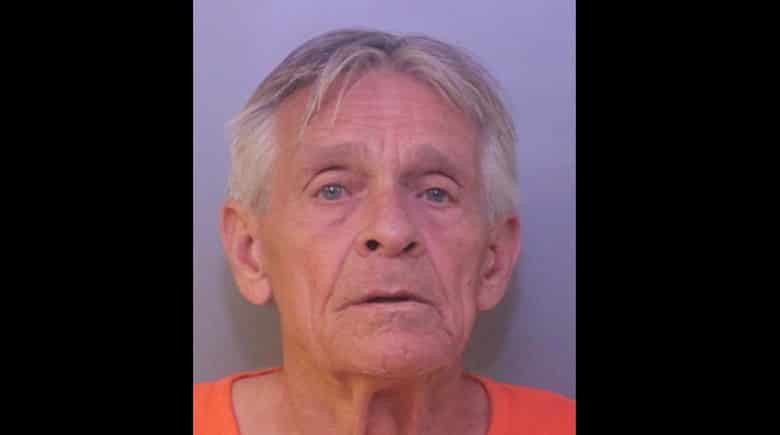 Leonard Olsen, who was arrested on May 7, 2019, by the Florida Highway Patrol, had a PCSO warrant for his arrest at the time he was arrested by FHP, for a domestic battery.

Deputies made contact with him by phone on May 7th, and during the conversation he agreed to turn himself in to the PCSO Northwest District substation on Wedgewood Estates Blvd in north Lakeland. While deputies were en-route to meet him, they saw that FHP had pulled him over.

After he was booked into the South County Jail, deputies served the PCSO warrant.

Below is the probable cause portion of the affidavit, and it is self-explanatory:

PRB_CAUS
On or about 04/30/19 during the evening hours the known suspect, Leonard Olsen, became upset with the victim, for taking too long to come to bed.  Once the victim was in bed the suspect began calling her names and blaring the music so she could not sleep.

The suspect then reached over and began choking the victim.  This action began causing the victim pain and restricted the victim’s breathing.  The victim was able to push the suspect away and they eventually were able to go to bed for the night without further incident. The following day the victim had a hoarse voice and had bruising on her neck.

Once the suspect had damaged all of the victim’s clothing which she was wearing he began yelling vulgarities at her and playing the music loudly so she could not fall asleep.  She advised that this occurred for several hours until the suspect fell asleep.

A short time later the suspect left the residence and the victim called law enforcement to report the incident.

The suspect, Leonard Olsen, committed these acts intentionally, unlawfully, willfully, and against the victim’s will.  The victim and the suspect are married and have been for the past 47 years.  They have have three children in common.   The victim is also 69 years of age at the time of these reported incidents.