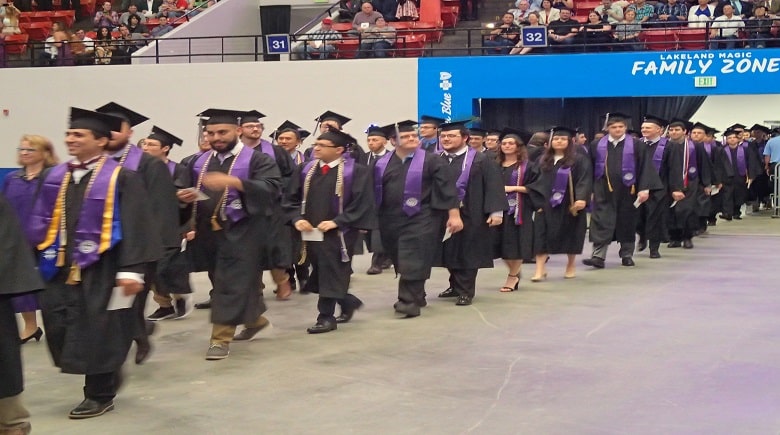 Growing up, Kevin P. Chilton lived near the Los Angeles Airport. He often watched the airplanes take off, and he dreamed of one day flying his own plane as an airline pilot. 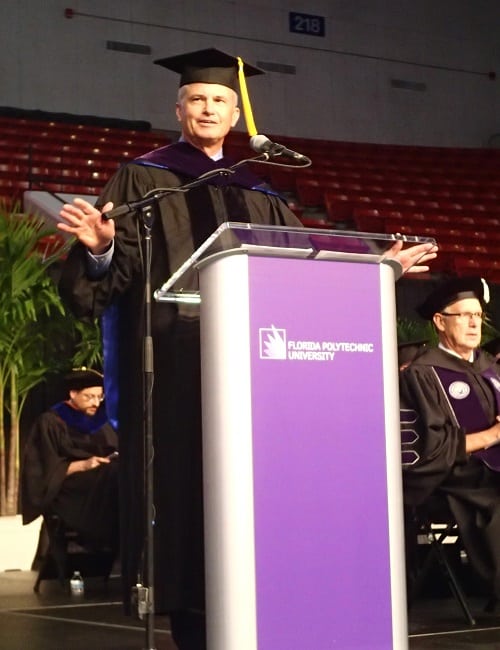 One day, at age 13, while hitchhiking from the beach, he was picked up by an Air Force Academy cadet on leave. The cadet told him how the U.S. Air Force teaches people how to fly.

Inspired, Chilton decided that he would join the U.S. Air Force, attend the School of Colorado Airforce Academy, and learn the skills he needed to fulfill his lifelong dream of becoming an airline pilot.

Chilton never achieved that dream. During his time in the Air Force, he would change his career path at least four times, and each time changed his own dream. Upon completing his 34-year military career, he would go onto serve as an astronaut for 11 years.

During his time as an astronaut, he logged in more than 700 hours in space, serving in the space shuttle missions for Endeavour and Atlantis. He would also oversee operations for the International Space Station Program and the U.S. Strategic Command.

His career came to a glorious close as he retired as a four-star general of the U.S. Air Force in 2011 and was inducted into the U.S Astronaut Hall of Fame the very next year. He may not have achieved his dream of becoming a pilot, but his actual career took him much higher.

General Chilton shared his story during his address for the 2019 Florida Polytechnic University Commencement Ceremony on Sunday afternoon. His advice to the nearly 300 graduates was to follow their dreams but not be hesitant to change them. 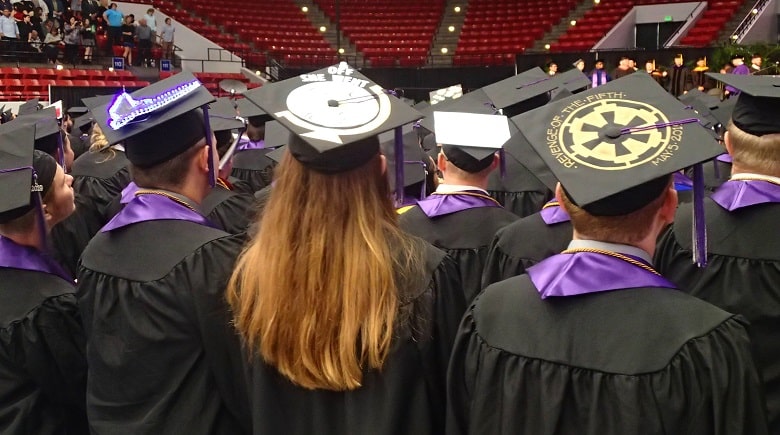 As he changed his own dream and ended up with an illustrious career that was more than he had ever dreamed, so too must college graduates be willing to change their dreams and careers if they feel they need to. And once they have a new dream, they must follow it as passionately as their old dream, he said.

“Whatever your dream is today, you must pursue it with gusto,” he said. “Charge into that dream, try to make it come true, try to make it become a reality, but at the same time, don’t be afraid to look for a new one.”

More than 250 graduating students gathered within Jenkins Arena at the RP Funding Center in Lakeland on Sunday afternoon to receive their bachelor’s and master’s degrees.

This was the second year that Florida Polytechnic University celebrated its commencement after the university first opened to the public five years ago. Its first commencement ceremony was hosted last year in the much smaller Youkey Theater at the RP Funding Center, thus serving as a testament to the growing size of the student population since then.

Dr. Randy K Avent, Florida Polytech President, noted how he has seen the student body grown since the university first opened, and how each of the students there had worked hard to make it to where they are today, receiving their diplomas at the graduation ceremony. 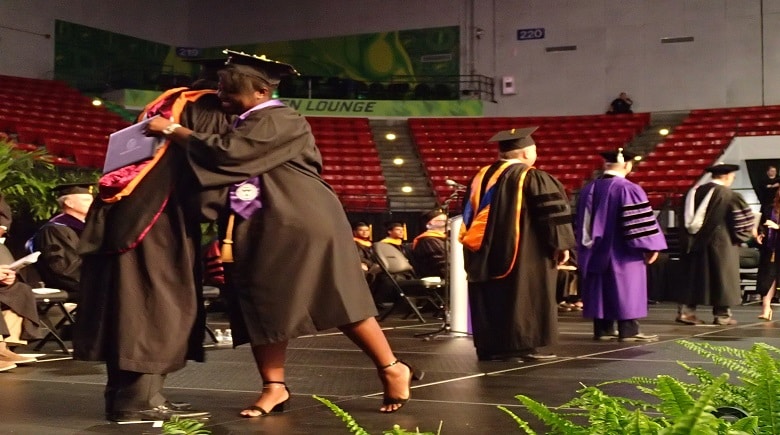 “Graduates, you are special, not only because of your vision and pioneering spirit, but also because of the unique opportunities you had as members of one of Florida Poly’s graduating classes,” he said. “You have proven that you could work hard, meet challenges, and achieve success. I know you will continue to accomplish great things as you go out into the world. I hope you care Florida Poly experience with you proudly with you.”

During his own address, he encouraged the graduates to utilize the same determination and drive that they used to complete their schooling within their lives moving forward after graduation. It allowed them to reach this far, and it will only help to take them further, he said.

“As you celebrate this graduation, take pride in all that you have accomplished since joining us, and take pride in the fact that you will carry the Florida Poly name with you as you move forward in your lives,” he said. 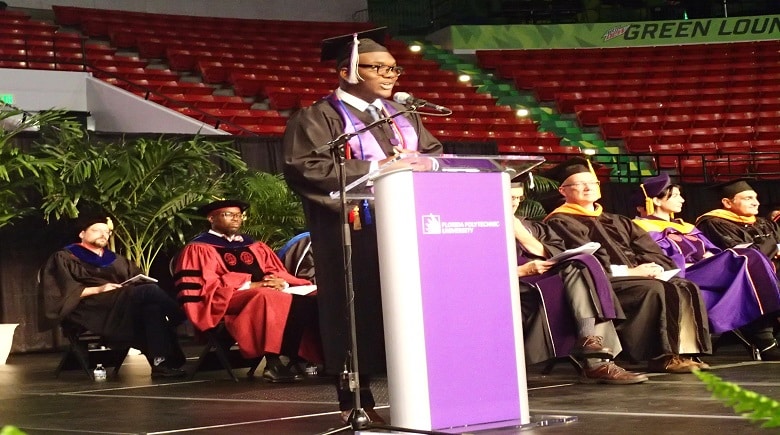 Travis Hills, Bachelor of Science in Computer Science and Information Technology, offered the student address. During his school career, he served within student government, having joined the student government association his freshmen year as the computer science representative, and later going on to serve as committee chair, senate president, and student body president.

Like many of the other graduating seniors that day, he too was both excited and emotional to finally reach this point in their college career. Moving forward, he urged his fellow graduates to keep moving forward with the same push they had in school.

“You have done a fantastic job thus far, but now is not the time to stop pushing; now is the time to push harder than ever before, harder than you have ever pushed these last four years,” he said. “Remember this day, remember the challenges that you faced here during your time, remember that you were able to push through them and continue to push even when it gets difficult because you have all of us to lean on.” 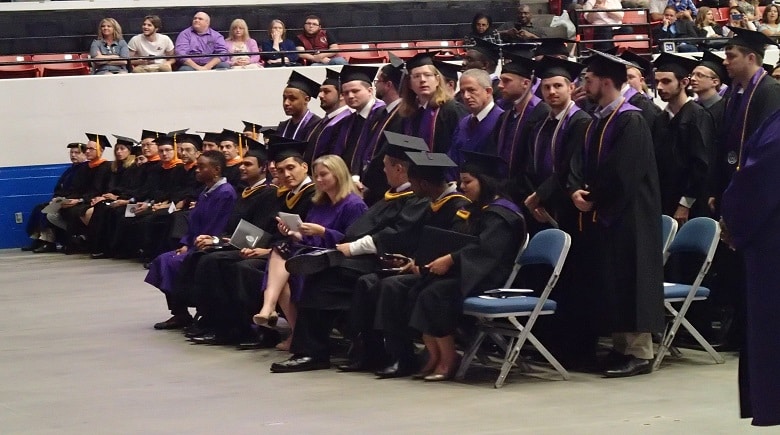