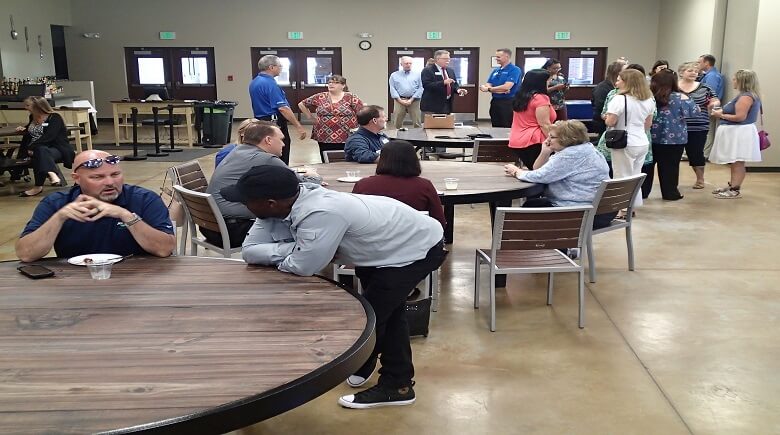 Robots that walk on four legs, robot arms that play chess, and pirate ships and cars that fly were some of the countless innovations presented by All-Saints Academy students during their fourth annual Innovation Studio Spotlight Exhibition on Tuesday.

Within the halls of The Baldwin Center for Innovation and Collaboration, more than four dozen students showcased to the public their unique and creative science projects that they had designed, created, and tested through their school’s Innovation Studios program that year. 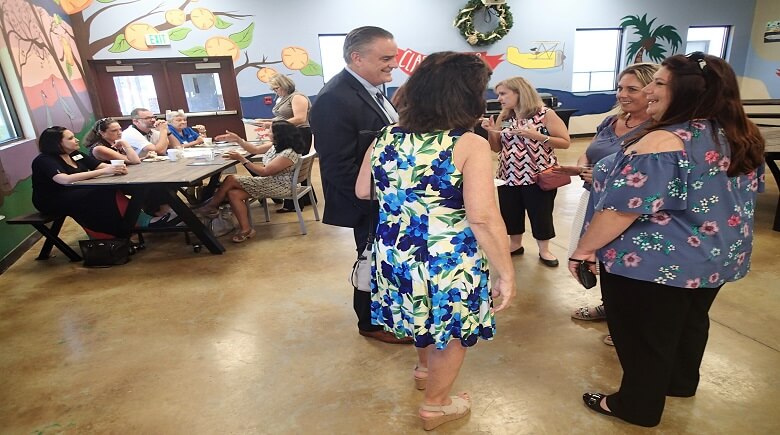 A small four-legged robot that could crawl along the floor was one such project showcased that evening. Created by Zomgxi Hun, 19, the robot had four legs, each controlled by four servos and two motors.

Programming each leg to move properly proved most challenging, Hun said. If one leg rose up too high, the robot could end up tilting to the side and fall over; so making sure each leg was properly coordinated with one another through their coding was most crucial, he said.

“That was the biggest challenge because you had to coordinate all four legs,” he said. “Watching the results, that would be my favorite part of all this.” 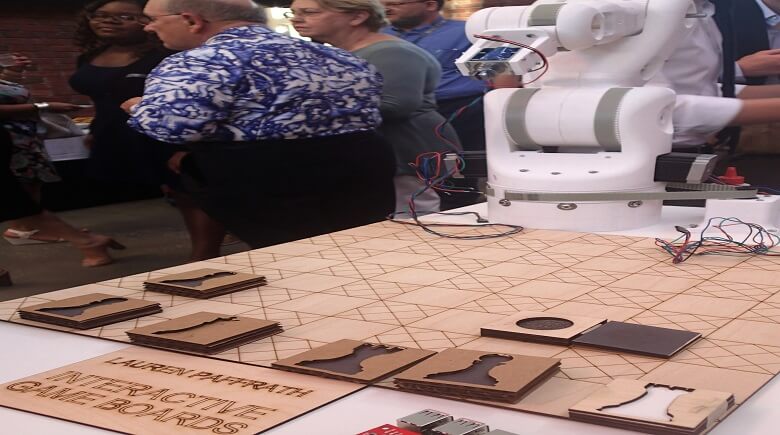 Lauren Paffrath, 18, for her project, created a six-rotational axis 3d-printed robotic arm that was programmed to play chess. Its arm contained an electromagnet at the end that could lift up the magnetic chess pieces and move them across the chessboard according to its programming.

Creating her chess-playing robotic arm required much trial and error. She had to first build the arm, which she created using 3D printing, then program it to pick up and move the pieces. All of this required a combination of all the skills she had learned through her school career, she said.

“It was more of an exploration of myself,” she said. “I want to advance in robots and design and programming, and this project combines all of that I have been studying.”

One such project was a flower-shaped park structure. Shaped like a lotus, its lower petals served as hammocks, and its upper petals shade with a garden planted within the center. With a focus on sight and scent, this structure proved just as practical as it was aesthetically-pleasing.

“We wanted a place where people could sit down and just relax…so when you are laying down, you are smelling the flowers that you are sitting in,” explained Alyssa Merriweather, 17, one of the three students who worked upon the prototype.

The event allowed these students to showcase their projects, explain how they created their projects using the skills they learned through the program, and receive feedback from community members, including several local chamber members who were attending that evening’s Multi-Chamber Mixer.

Chamber members attending the mixer were treated to refreshments within the Barnett Learning Commons. They then walked over next door to peruse the many projects and even cast their vote for their favorite through the Chamber’s Choice Award. The winner will be announced during next week’s student assembly on Monday morning. 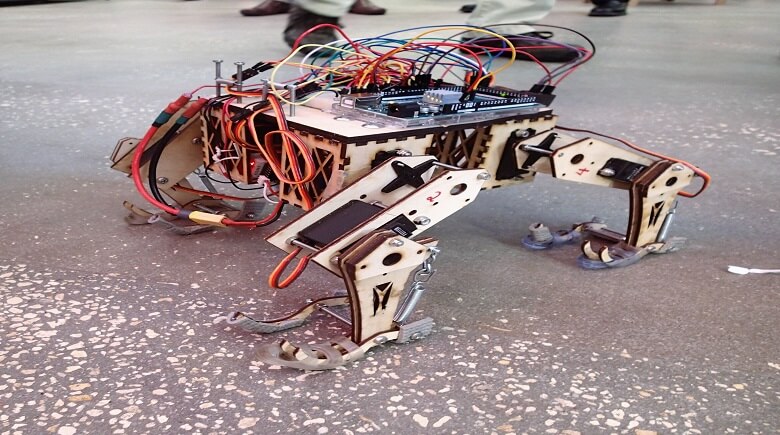 Innovation Studios is a unique STEAM (Science, Technology, Engineering, Arts, and Math) program that allows students to gain skills to think critically and creatively, allowing them to, according to the school’s website, “flex their innovative, creative, and collaborative muscles in an effort to design solutions for real-world problems.”

Through this program, students work on projects throughout the school year, which are then presented at exhibitions within the fall and spring, allowing the local community to observe and offer feedback. Such a focus on creativity showcases the school’s commitment towards combining the sciences with the arts through a holistic approach to science education.

“Our STEAM goal is not only competence and knowledge of these various subjects, but also demonstrated application,” their website states. “Applied knowledge means an increased depth of learning, regardless of the subject matter. Adding The Arts into STEM creates a holistic approach to learning, especially for those students who excel in dance, art, and music.”

Helping facilitate the students with their projects this year was a change of schedule. While their time during the week was shortened, more time was allotted through extra time during the day, explained Rebecca Knowles, Director of Communications and Community Partnerships.

“We changed our schedule a little bit to allow more time for students to delve into their projects, and [so] they had a double block of time this year,” she said. “They had shorter time over the weeks, but longer time each day, so they could delve more deeply into their projects.”

Innovation Studios was developed through their partnership with NuVu Studios in Cambridge, Mass., one of the only other schools to offer the program. The result is a forward-thinking program that equips students with not only “21st Century Skills”, but the critical and creative thinking required to continue adapting in the near future, Knowles explained.

“Technology is always changing, so if you just learn how to do a [certain] program, that will not help you 10 to 20 years from now when you are in the workforce because there will always be new technology and new programs and new things for you to learn,” she explained. “What you need to learn is how to innovate, how to be flexible, and how to work with other people and present your ideas. That is what our program is essentially really teaching our students.” 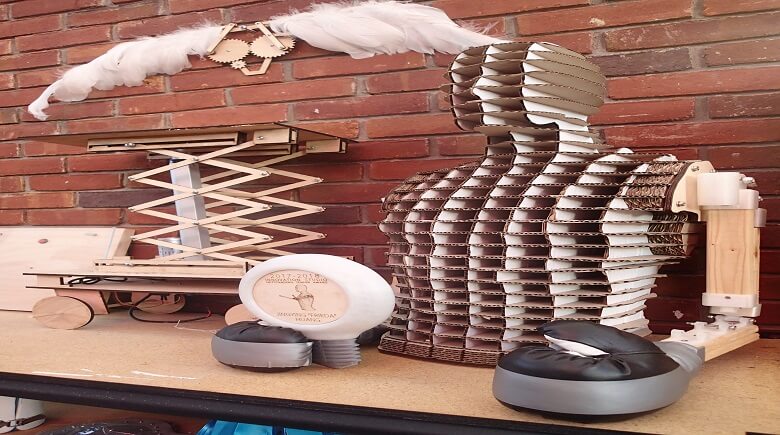 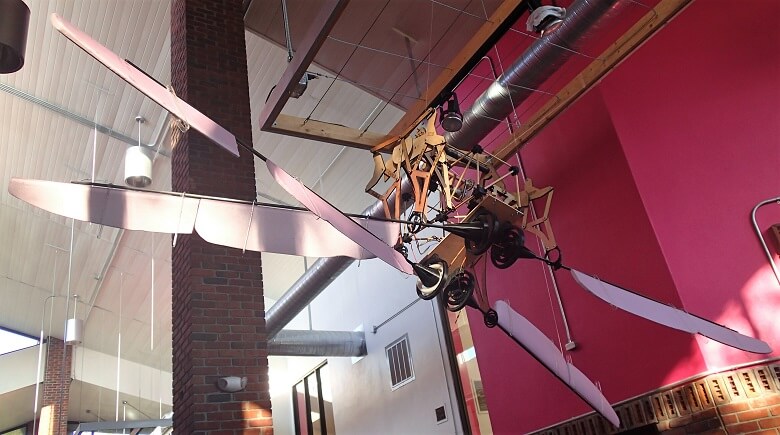 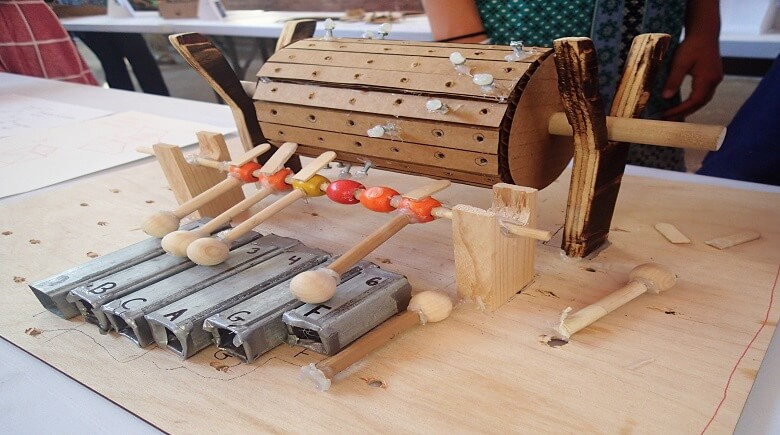 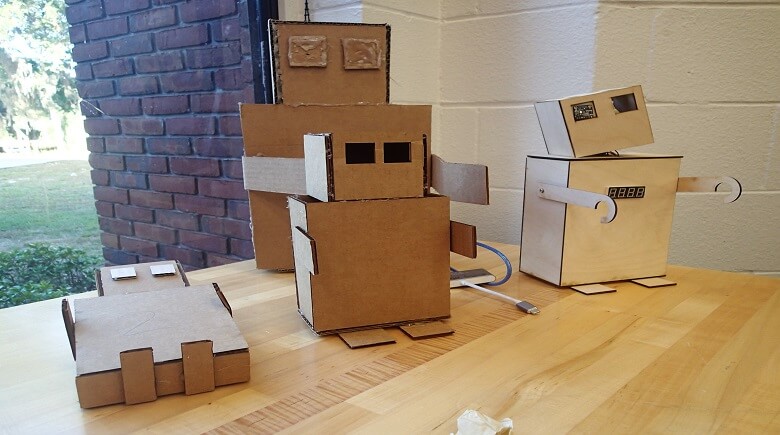