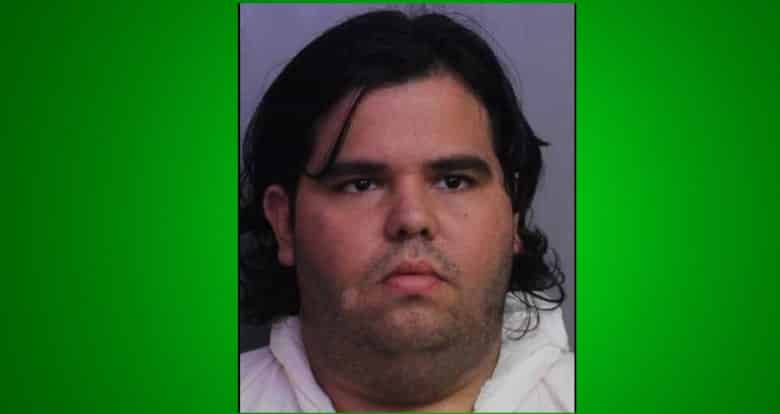 Jonathan Diaz Fundora groomed a 10-year-old Lakeland girl he met online and drove over four hours to sexually batter her.

Days before Diaz Fundora was supposed to go to trial, he pled no contest to 13 charges, including sexual battery on a victim less than 12, kidnapping, traveling to meet a minor, and use of a computer to seduce a child, among other charges.

Judge Durden sentenced him to mandatory life in prison on Jan. 30.

Diaz Fundora met the victim online and communicated with her for about a month, sending sexually explicit content to the girl. He then made a plan to drive from his home of Miami to Lakeland, where he told the child they would spend a few days at a motel.

He told the victim to write a letter to her grandmother, telling her she would be at a motel with a friend, and pack a bag. Diaz Fundora arranged to pick her up down the road from her house.

The victim was reported missing by her grandmother, and Polk County Sheriff’s Office deputies traced the girl’s cellphone to the motel. When deputies arrived, Diaz Fundora answered the door in his underwear and said he had a young girl with him.

Deputies found the child hiding in the bathroom with the lights off.

Nearly four months after Diaz Fundora kidnapped the girl and molested her, she took her own life.

At Diaz Fundora’s sentencing hearing, a letter from the girl’s grandmother was read aloud in court during the hearing.

She told the judge that the girl was bullied in school and on the internet and often questioned if anyone loved her.

“He preyed on the innocence and immaturity of a child,” the letter said. “(Diaz Fundora) violated our precious baby and changed her short life forever.”

She said the damage Diaz Fundora did ran deeper than anyone could have imagined, causing the girl to take her life in July of 2018.

“Her small, young heart could not handle this world anymore,” the grandmother wrote.

At the hearing, Assistant State Attorney Randi Daugustinis reminded Judge Durden that Diaz Fundora admitted to every detail of the incident.

“The defendant had a calculated plan that he executed,” she said, adding that Diaz Fundora said he knew the girl was young but ignored it and drove to Lakeland anyway. “He knew she had a rough childhood and was in a very vulnerable state.”

She asked the judge to sentence Diaz Fundora to the max on count two, which was also punishable by life. Durden agreed and imposed a second life sentence to run concurrently.

At the end of the grandmother’s letter, she wrote that the victim’s family has found some solace in knowing the girl is in a better place.

“I know she is with God now,” the letter said, “and that eases my pain.”