Can You Guess These Characters Being Cosplayed At FLPolyCon 2019?

Can You Guess These Characters Being Cosplayed At FLPolyCon 2019?

Whether she’s dressing up as a graceful blue gem space girl or as a villainous yet cunning cat warrior, Kelly Kirstein loved to dress up as her favorite characters from her favorite media.

For the past three years, she has been creating her own costumes and attending conventions all across the country to show her love of costume play, or “cosplay.” 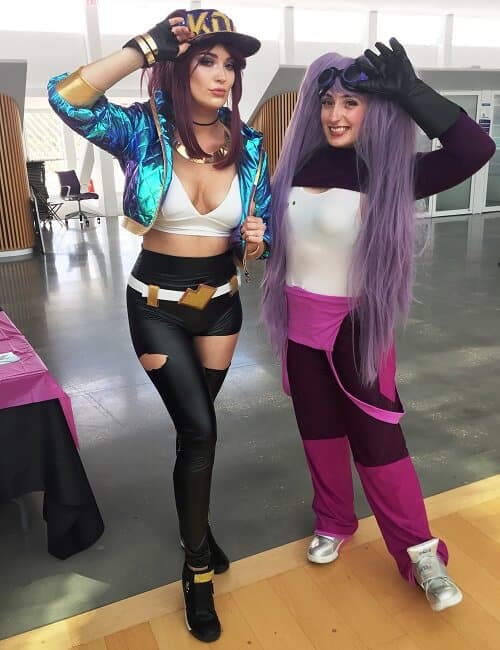 She recently attended as a guest of honor at the fifth annual FLPolyCON, where she dressed up as Akali from the video game, “Leauge of Legends.”

Throughout the years, she has cosplayed as other characters, many of which are upon the LGBTQ+ spectrum like herself, including Lapis Lazuli from Cartoon Network’s “Steven Universe” and Catara from Netflix’s “She-Ra And The Princesses Of Power.” 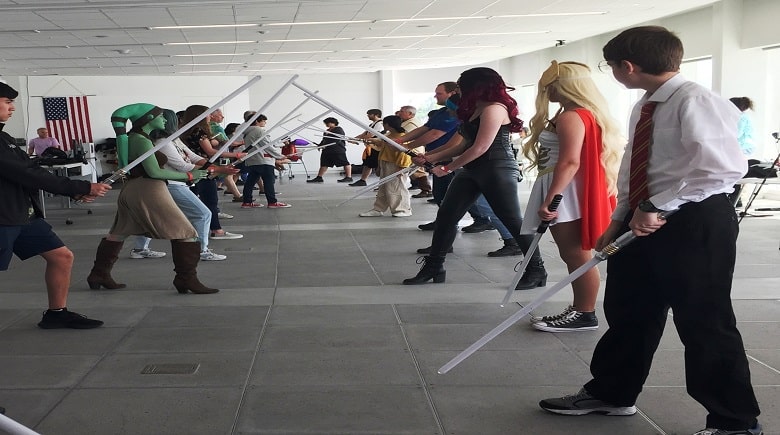 The only thing she loves more than creating and wearing her own costumes is being able to meet many like-minded cosplayers at conventions such as FLPolyCON.

In fact, it was at one of these conventions where she met her partner, who goes by the on-line handle “For The Love Of Clod”, and who joined her at FLPolyCON as another honorable guest dressed up as Entrapta from “She-Ra.”

“Anytime I get to meet people at cons, it’s super fun,” she said. “Cons have such a wonderful energy where everyone gets to let out their weird side which may not be socially acceptable at time.”

Having cosplayed for the past three years, she has gained much experience creating her own costumes. Some such as her Akali costume take less than a few days, while more complicated designs take several months.

She herself started working with foam and incorporating it within her costumes within the past three months. Through her experience, she has learned to start out simple before tackling much more complicated costumes.

“The first time you do this, you should stick with something that is budget friendly…something you will want to put a lot of time, money, effort, and energy into,” she said. “Cosplay is not easy, so definetly pick something you want to do.”

Kirstein was one of many cosplayers who attended the fifth annual FLPolyCON, hosted at Florida Polytechnic University in Lakeland on Saturday.

More than 1,500 attendees, ranging from students and local residents to visitors from across the state and country, attended this year’s event to share their love of sci-fi, video games, anime, and geek culture.

Many of these attendees showed their love for their favorite media by dressing up, or “cosplaying” as their favorite characters. Some of them like Kirstein were proffesional cosplayers who attended as guests of honor.

Another such guest was PixelDoll, a self-taught proffesional cosplayer from Tampa who has created her own costumes since 2011. At FLPolyCON, she dressed up as the title character from the video game “Bayonetta.” She has also dressed up in the past as Princess Peach from “Super Mario”, Lana from “Fire Emblem”, and the titular character from “Miraculous Ladybug.”

“I am self-taught,” she said. “Everything I do I learned to do myself, whether it was through tutorials or gathering information from other people.”

Learning to create her own costumes has been trial and error. The hardest part is having to work backwards in order to correct a mistake, but eventually all the hard work pays off, especially when it comes to meeting fellow cosplayers.

She was invited to attend this year’s FLPolyCON after meeting with an event coordinator at a convention she was hosting. She was intrigued by the prospect, and her time at FLPolyCON was not the least bit disappointing.

“So far, I am blown away,” she said. “People have been super sweet, and the staff, for only having its fifth year in a smaller event, as far as conventions go, they are fantastic, they are absolutley amazing.” 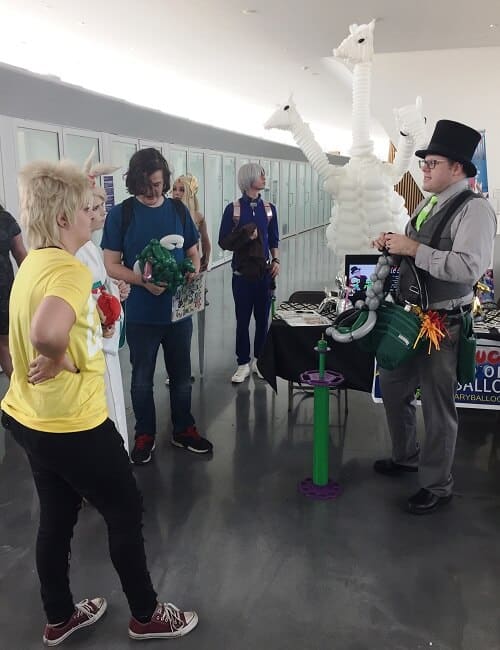 FLPolyCON has been an annual tradition at Florida Polytech since its inagural school year five years ago. Since then, the annual event has provided an opportunity for students to showcase their clubs and talents to the local community while enjoying themselves and sharing their love of their special interests, explained Kat Newell, Marketing Coordinator. 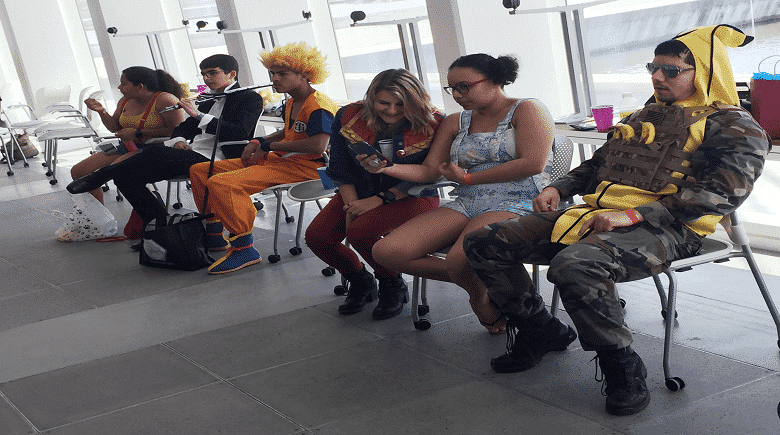 As with most other conventions, FLPolyCON had plenty of vendors and booths promoting merchandise, or “swag”, based on popular media including video games, comic books, and anime. However, aside from the cosplay and swag, attendees could also participate in many activities including anime karaoke, galactic yoga, and Jedi lightsaber training.

“I say the big difference is all our activities,” Newell said. “It is all an interactive experience, so the audience is engaged. We like our audience to be a part of our event, not just attending the event…I say it is different and unique. This is an experience you won’t find from any other convention. It is a real sense of community.” 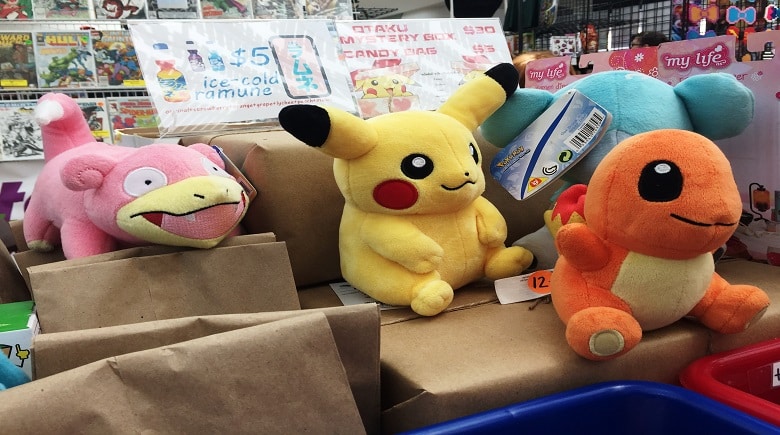 When the event first started five years ago, it attracted little less than 200 attendees; since then, attendance has grown to 1,500 attendees annually, and they expect their numbers to continue growing into the future, Newell said.

“I think this is a day when we leave our studies behind and we just have fun and I say that it means a lot for our students,” she said. “I am excited to see what the future holds. I am expecting a lot of new activities. The students here are very talented, I am sure they will have a lot of innovative stuff for future generations.” 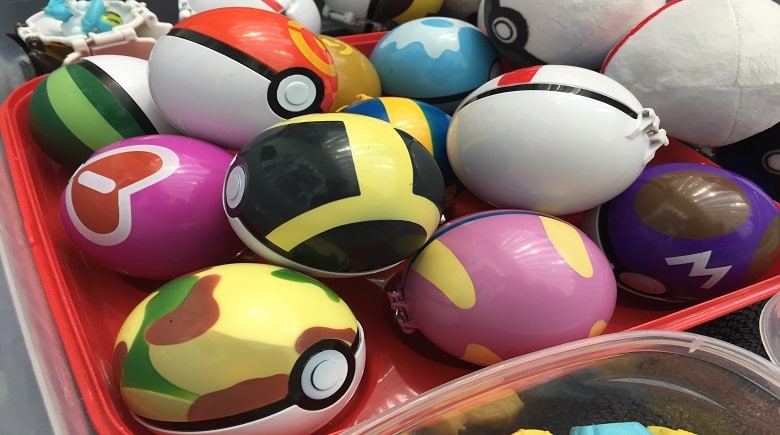 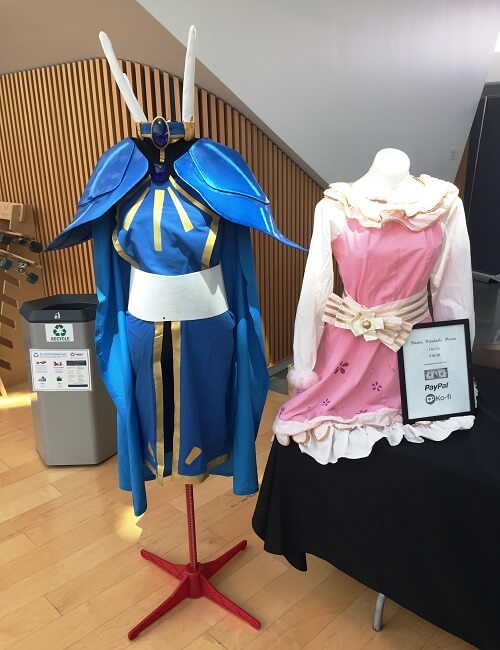 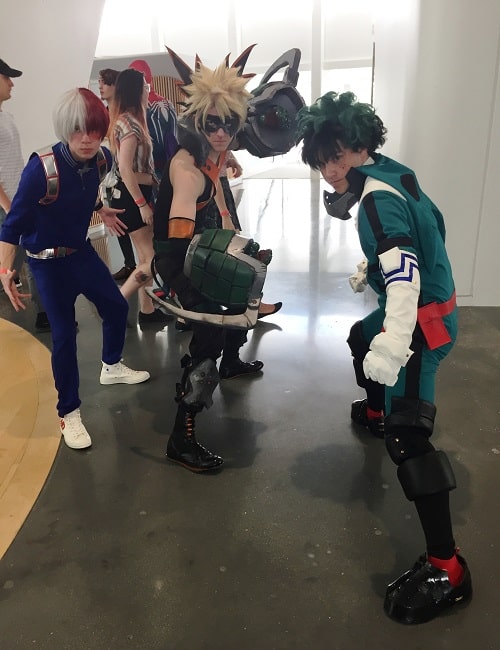