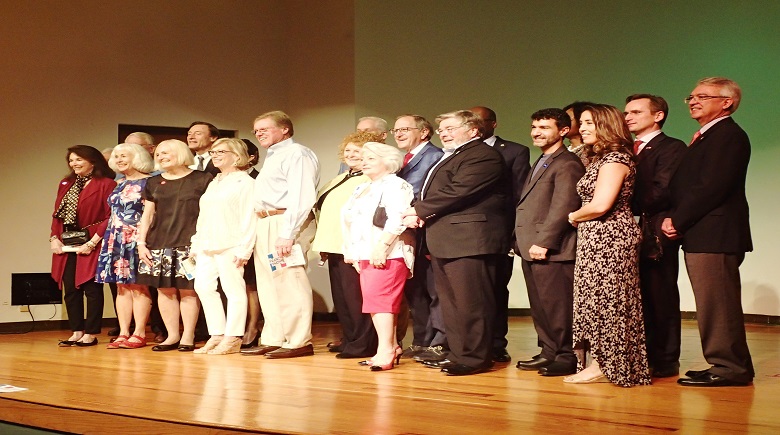 Lakeland Mayor Bill Mutz has traveled to France many times. It’s one of his favorite places to visit. He especially loves the grandeur of Paris.

However, as the mayor of Lakeland, he loves returning to his home city and continues to maintain an affinity for it. To him, his city is like a diamond created from various facets, all of which come together to let its splendid beauty shine.

“The basis of a city is built from different heritages…as a diamond is made of many different facets,” he explained. “Each one of those facets, in and of themselves, are beautiful. But it is the collection of those facets, what they do in aggregate, that makes a diamond brilliant, and I think that is so true of our [local] heritage.”

As a diamond is produced from multiple components, so too is a city composed of different diverse cultures and heritages, all of which combine together within the American Melting Pot to create something awe-inspiring, he said. 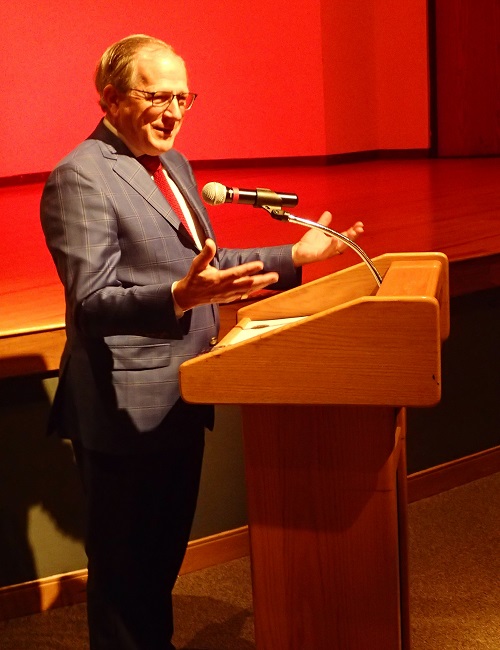 On Saturday, Mayor Mutz helped celebrate the French influences that helped inspire culture within the city and throughout the rest of the world during the inagural La Francophonie Day at the Polk Museum of Art in Lakeland.

Helping to start off the event, Mayor Mutz read a proclamation recognizing that day as the La Francophonie Day celebration for the city of Lakeland, highlighting the influences that French culture had on the city and other parts of the world. 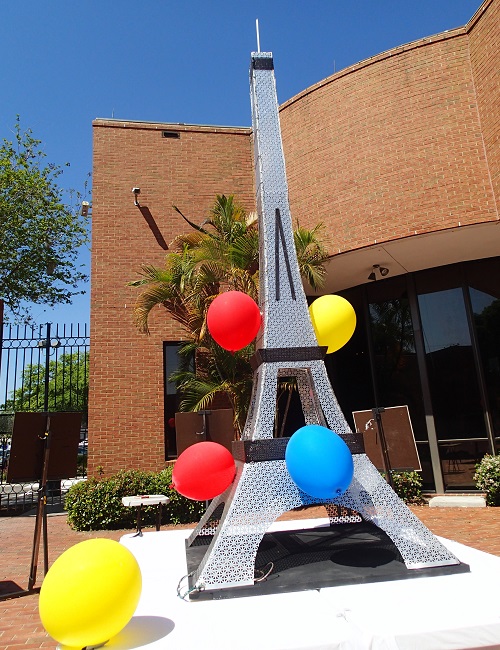 Mayor Mutz then conferred copies of the proclamation to representatives from throughout the state and the world. The event that day was represented by French dignitaries from six countries (France, Canada, Haiti, Belgium, Switzerland, and Monaco) as well as representatives from cities within the state, including Miami, Orlando, and Clearwater.

Throughout the rest of the day, these dignitaries remained at the museum to help celebrate with the other festivities that day, as well as speak and mingle with many of the guests at the museum. Many guests were local residents, while others have arrived from across the state, explained Suzanne Grossberg, Director of Arts Advancement.

“We have representatives from all over the state of Florida…So we really are the heart of this French celebration for the entire state of Florida today,” she said. “I think it is really a day to celebrate the French language and culture of many different cultures coming together to share not just their language but their ideals and their love of the French culture.”

La Francophonie Day is an international day of celebration of French language and culture. The day itself was started in 1970 by a small organization of French-speaking countries in an effort to cooperate and appreciate each other’s cultures, Grossberg said.

The day is often celebrated on March 20. The museum decided to host its own celebration last Saturday on March 23 as a fitting sendoff to the traveling exhibit of Edgar Degas, a famous French impressionist artist, that ended its three-month run at the museum the very next day. 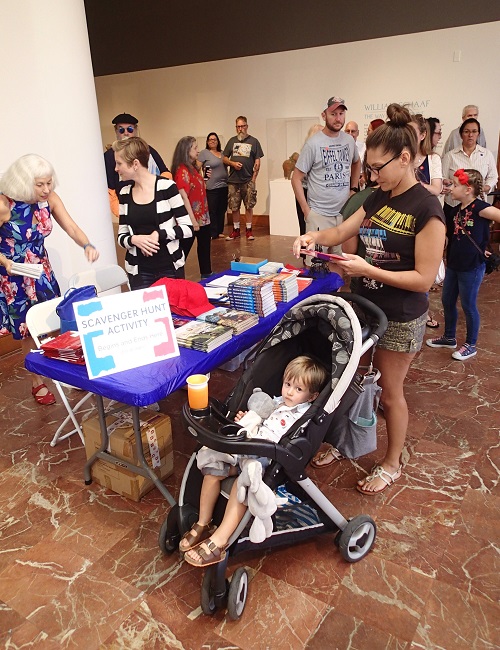 Aside from guided tours of the exhibit, the museum celebrated French language and culture with various activities throughout the day, including pastel painting lessons, poetry recitals, and live music and ballet performances.

Many of the visiting French dignitaries that day shared their own experiences from their cultural heritages with the museum guests. Clement LeClerc, Consul General of France in Miami, after mentioning how much of a relief it was not to conceal his heavy French accent, mentioned how he appreciated the museum’s embrace of his native culture and language. 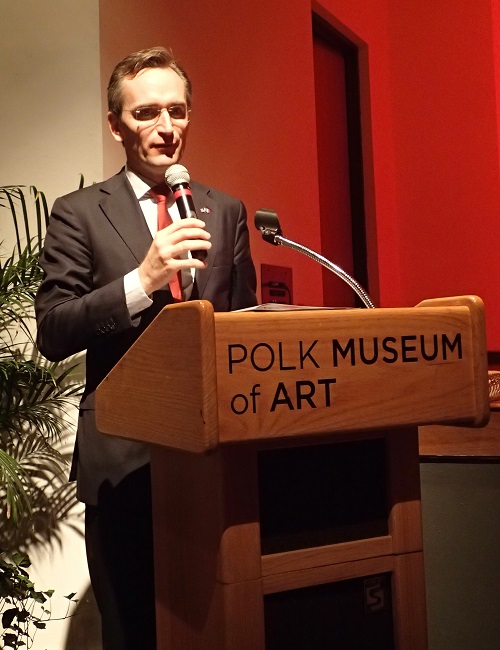 French is spoken by more than three hundred million people throughout the world, and is the fourth most spoken language on the internet. However, more than simply a language spoken by people of French heritage, French is the language through which French ideals and values are spread, he said.

“Above all, it is a vehicle of shared values that the international organization of Francophonie stands for: human rights, democracy, mutual respect, cultural diversity,” he said. “This is what we are celebrating today, and I am very glad to be here in Lakeland at the Polk Museum of Art to celebrate this day of Francophonie.” 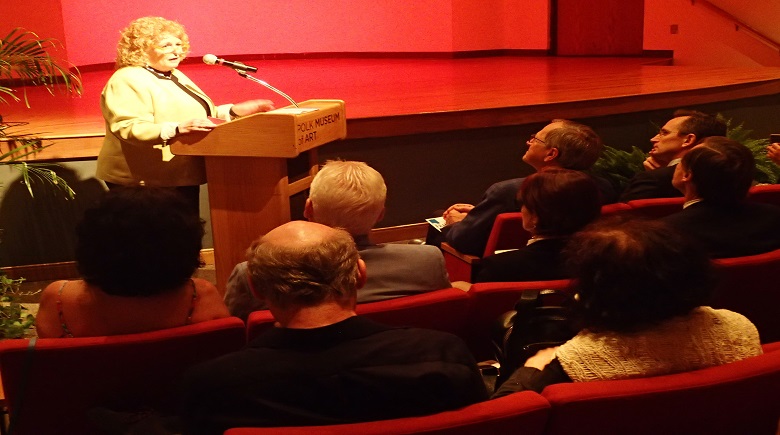 Susan Harper, Consul General of Canada, mentioned how her own country was shaped by the French language and culture, all of which helps unite her people with a common bond through common values, especially diversity.

“This is the day to celebrate the diverse Francophonie cultures of the world, and the French language that unites us,” she said. “We really enjoy that opportunity to celebrate diversity, because diversity and inclusion [are] one of the [may] great principles of our country. Diversity is a fact. Inclusion is a choice.” 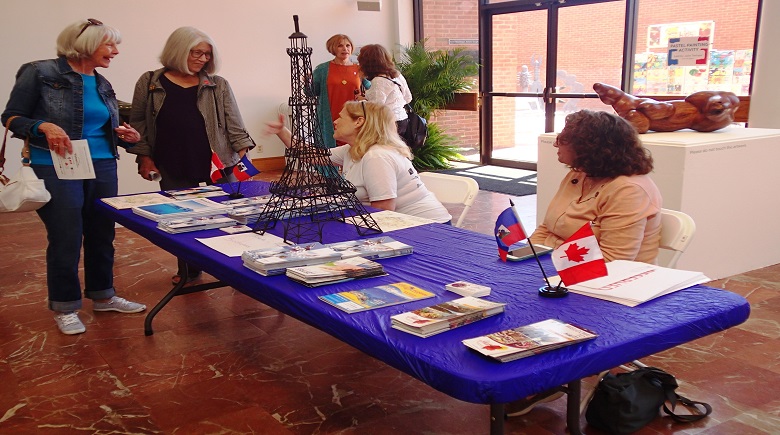 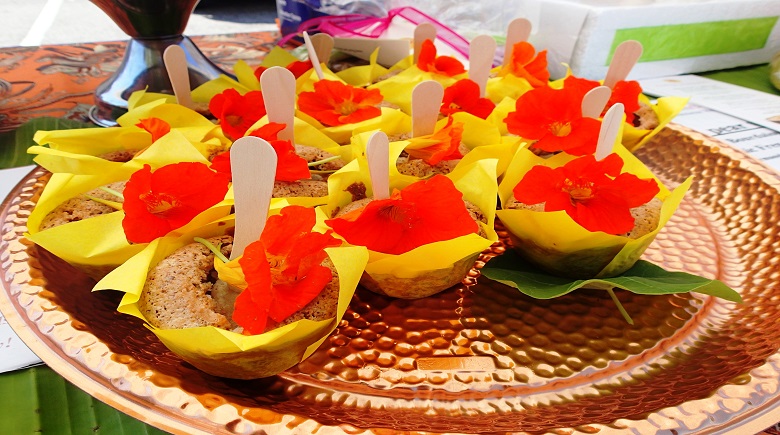 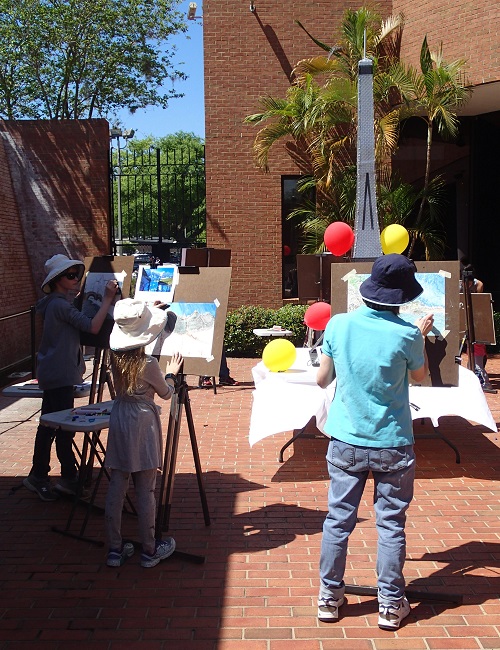