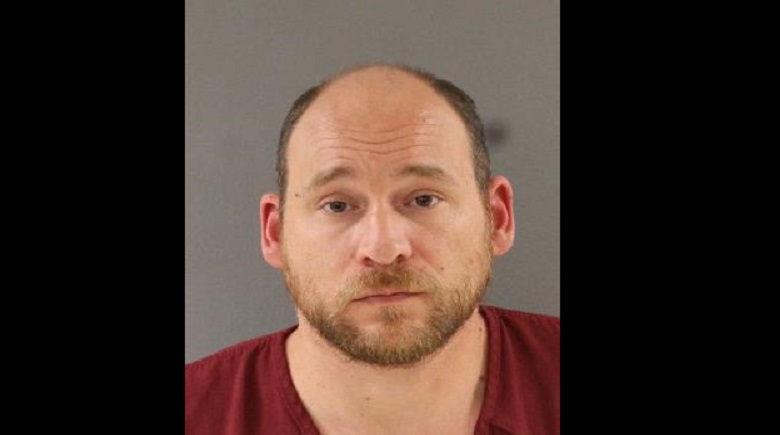 On 3-25-19, Winter Haven Detectives travelled to Knoxville to serve an arrest warrant on 37 year-old Manuel Tavis McGhee (DOB 3-4-82). On 3-26-19, working with the Knoxville Police Department, McGhee was taken into custody and charged with two counts of Sexual Battery on a Child Under 12 Years of Age (F.S.S. 794.011(2)(A) (Capital Felony). The charges stem from repeated sexual abuse on two children when McGhee lived in Winter Haven.

The investigation started in late 2018 when a complaint came from the mother of one of the victims (hereby referred to as Victim A) stating that her daughter informed her of abuse and named McGhee as the suspect. Investigators responded to the Winter Haven home on 11-20-18 after Victim A (15 years-old) told her mother that McGhee had sexually abused her from the time she was five to 11 years of age.

McGhee had since left the Winter Haven area at the time Victim A revealed the crime.

A forensic interview was conducted and the girl revealed extremely horrific and explicit details of the abuse she incurred from the age of five. She stated that the abuse took place in Winter Haven and also in other locations within the County. She also told investigators that her brother (hereby referred to as Victim B), who is a couple of years older than her, had endured the same type of abuse throughout those same years. It was also revealed that two separate reports were made to the Lakeland Police Department regarding Victim B and two other victims in Lakeland in the year 2013. Both incidents were reported and investigated with formal charges ultimately dropped. (Lakeland Police reports 2013-0056 and 2013-8239).

As Winter Haven investigators were reviewing the Lakeland reports, it was revealed that McGhee said that he was accused of similar acts in 2006 while he was in the Army stationed at Ft. Bragg. Winter Haven investigators obtained a copy of the incident report and found that McGhee was charged and arrested on 15 counts of sexual battery on a child. The incidents were very similar to the incidents that occurred in the Winter Haven case. Through the investigations, Winter Haven Detectives learned that the Army contacted the Cumberland County N.S. Superior Court where the incidents had occurred and showed interest in prosecuting McGee since he was a soldier at the time and that some of the alleged abuse occurred in McGhee’s living quarters. The Cumberland County Superior Court turned over their prosecution to the U.S. Army, however during the military review, the case was dismissed due to lack of evidence and McGhee’s denial of all allegations.

Based on McGhee’s history that Winter Haven investigators uncovered, Victim A and Victim B were interviewed on 12-11-18. It was revealed by Victim B that the abuse had started when he was 8 or 9 years old (2009-2010) in North Carolina. The description of the abuse mirrored what Victim A reported.

Victim B stated that the abuse continued in Lakeland and Winter Haven. When the abuse in Lakeland to Victim B was made aware to his parent, it was reported to investigators, however during the interview, Victim B became extremely scared of what McGhee was going to do to him, so he didn’t disclose details in the interview.

However, during this interview with Winter Haven Detectives in Dec. 2018, Victim B disclosed the details since McGhee had moved away and he didn’t feel threatened anymore. (To reiterate, these were details that were not revealed during interviews by Lakeland officials in 2013)
Winter Haven Detectives didn’t stop there. Based on information gained from reviewing the case in North Carolina, they travelled to Georgia to make contact with another victim who was identified in the North Carolina report. This victim reported that when she was nine years-old ( in 2007), McGhee abused her and the pattern was identical to the other victims that were interviewed. A sibling of this victim also detailed abuse in a separate interview with Winter Haven Detectives.

Based on the totality of the statements made by numerous victims across multiple agencies, Winter Haven Detectives obtained a warrant for the arrest of Manuel Tavis McGhee. He was taken into custody in Knoxville TN and is awaiting extradition back to Florida.

“I can say one thing – that I am so proud of our Detectives and their tenacity to ensure that there are no more children that this monster can hurt,” said Public Safety Director Charlie Bird. “The path of emotional and physical destruction he caused is reprehensible and we will do everything within our power to make sure he will never be able to hurt another child again.”