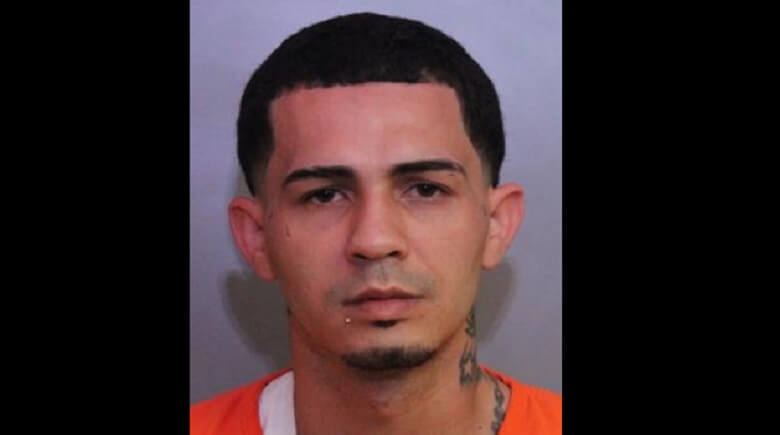 On Monday evening, March 4, 2019, 28-year-old Joshua Jay Pacheco turned himself into the Polk County Sheriff’s Office in connection with the deadly shooting at the Citgo Food Market, located at 4660 Highway 17 North in Bartow Saturday night. He was wanted for two outstanding warrants: possession of a firearm by a convicted felon and violation of probation.

Pacheco told detectives he was waiting for her girlfriend to pick him up when an unknown man, 29-year-old Julian Garcia of Apopka, walked over and started attacking him threatening to kill him. Pacheco said they both fell to the ground and he admitted to displaying a handgun. He said the gun went off because Garcia attempted to get the gun once he saw it.  Garcia was taken to the hospital where died from a gunshot wound.

After shooting Mr. Garcia, Pacheco fled the scene. He told deputies he was scared due to being on probation and his convicted felon status. He also told deputies he later removed his clothes and threw them into a dumpster. Pacheco turned the gun into detectives.

Pacheco was booked into the Polk County Jail charged with Possession of a Firearm by a Convicted Felon (F-2), Violation of Probation, (M-2), and Tampering with Physical Evidence (F-3). His bond is $50,000.

Investigative findings will be forwarded to the state attorney’s office.