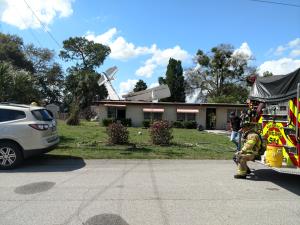 The Polk County Sheriff’s Office is conducting a death investigation after a small plane crashed into a home at 2735 Idylridge Drive in Winter Haven, at about 12:43 P.M. Saturday, February 23, 2019. One person was killed, and two others have relatively minor injuries.

64-year-old James Wagner of Lakeland died at the scene. Wagner was the instructor pilot of the UC-1 Twin SeaBee plane that had just taken off from Winter Haven’s Gilbert Airport.

33-year-old Timothy Sheehy of Bozeman, Montana was a student pilot in the plane, and suffered only minor injuries. Sheehy was able to exit the crashed plane on his own.

Preliminary information is that the pilots were conducting simulated engine failure. It is not known at this time what caused the crash.

Shortly after take-off, the plane lost power, and crashed into the residence which was occupied by three people.

17-year-old Carmelle Ngalamulume was in the bedroom that the plane crashed into, and she became entrapped. Her 20-year-old brother Joel Ngalamulume, who was in the next room, tried unsuccessfully to free her. Their mother, Emerance Ngalamulume, was taking a shower at the time of the crash.

Emerance and Joel were uninjured, but Carmelle was transported to an area hospital in stable condition.

There were three other children (ages 15, 11, and 2) who were playing in the front yard of the home, and they were also uninjured.

“As tragic as this was for Mr. Wagner and his family, this could have been much, much worse. This crash is an unbelievable scene. NTSB has been contacted, and the FAA has responded to conduct their investigations.” – Grady Judd, Sheriff

Winter Haven Fire responded to the scene, and PCSO was assisted by Winter Haven Police Department. 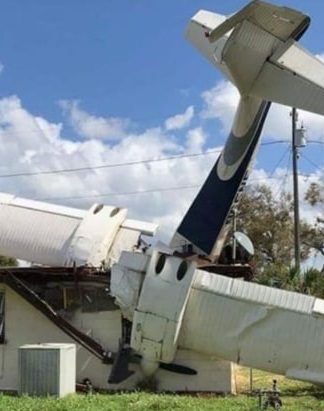