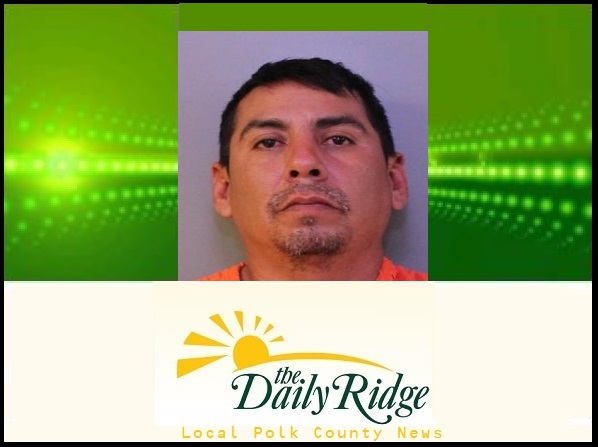 PCSO detectives were told by an adult of a disclosure made by a child (12-years-old or younger) that Calderon had sexually explicit photographs of a child on his cell phone. Further investigation revealed disclosure by the child that she had been repeatedly sexually battered and violated by Calderon starting when she was 7 years old. The sexual battery and molestation by Calderon occurred in Polk County.

Detectives obtained access to Calderon’s cell phone and discovered sexually explicit photographs he had taken of the child and while he was with the child. Detectives also located a pink j-shaped adult sex toy in Calderon’s bedroom dresser drawer that was described by the child.

When interviewed by detectives, Calderon admitted to taking the sexually explicit photos and admitting to sexually battering the child. When asked how many times he committed a specific type of sexual battery he responded “hell I don’t know.”

Calderon is being held in the Polk County Jail on $400,000 bond and two counts of no bond. When his fingerprints were entered into the database, we received a Warrant for Arrest of Alien from the U.S, Department of Homeland Security. The warrant states that Calderon either lacks immigration status or regardless of his status, he is removable from the United States under U.S. immigration law. ICE is aware of the arrest of Calderon.

“Calderon’s continued molestation and sexual battery against this child is unconscionable. He preyed upon her and groomed her to commit these horrific acts. We are going to make sure he is held accountable for his actions.” Grady Judd, Sheriff