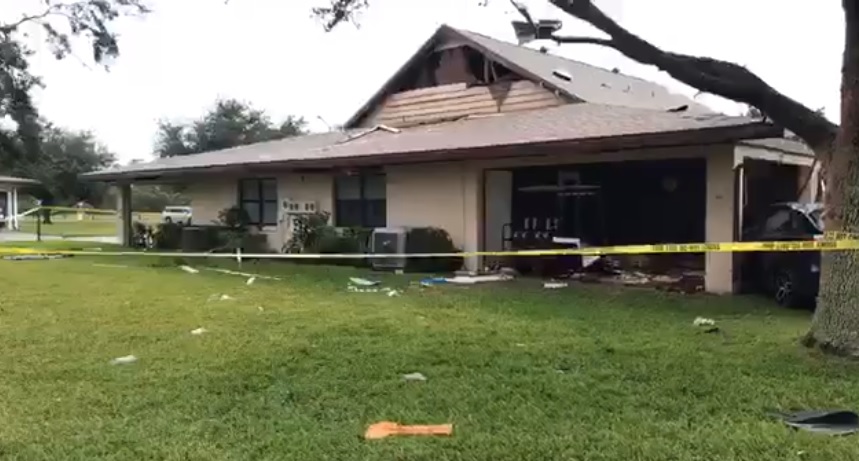 Bartow, Fla. (Dec. 20, 2018) – A line of severe thunderstorms moving through Polk County spawned at least one tornado Thursday, along with a flurry of weather notifications that included seven tornado warnings, three flood advisories and three significant weather alerts for Polk.
Thursday’s weather events were monitored by Polk County Emergency Management and Polk County Fire Rescue.
The tornado, which was confirmed by the National Weather Service, caused a roof collapsed and one person was injured Thursday about 9:45 a.m. in a quadraplex near Lake Wales. The resident was taken by Polk Fire Rescue to Lakeland Regional Health.
The roof collapse happened about 9:45 a.m. at 270 Genesis Point Drive, which is just north of Warner University. The American Red Cross was notified to provide assistance for the displaced residents of the quadraplex.
Suspected lightning strikes associated with the storms also caused two house fires in the eastern portion of the county. The first, at 2014 Varner Circle In Winter Haven, happened about 11:13 a.m. and did not cause significant damage to the home.
The second fire, which happened at a home along Windrush Drive in Davenport about 11:42 a.m., struck the home’s garage and displaced the family. The Red Cross also was notified about the displaced residents.
Another unconfirmed tornado downed trees and power lines east of Fort Meade, off Cool Branch Road. There were no reported injuries. The storms also caused flooding in portions of the county
Polk County Emergency Management will continue to monitor the weather conditions. All watches and warnings for Polk have been cancelled or allowed to expire. A lake wind advisory will be in effect starting Friday from 9 a.m. to 7 p.m.
December 20, 2018