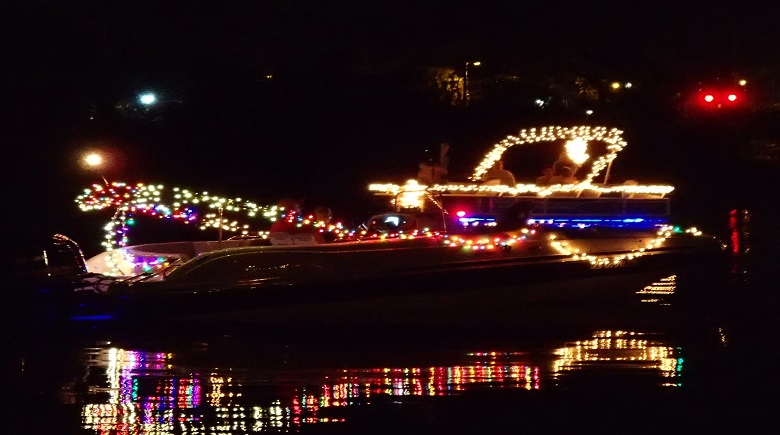 One of the best things about Christmas are the holiday lights, and the best thing about Winter Haven are the Chain of Lakes. So what better way to combine the best of both worlds than with a Christmas boat parade?

Nearly 60 boats lit up the night in celebration of the holiday season as they participated in this year’s annual Christmas Boat Parade on Saturday. 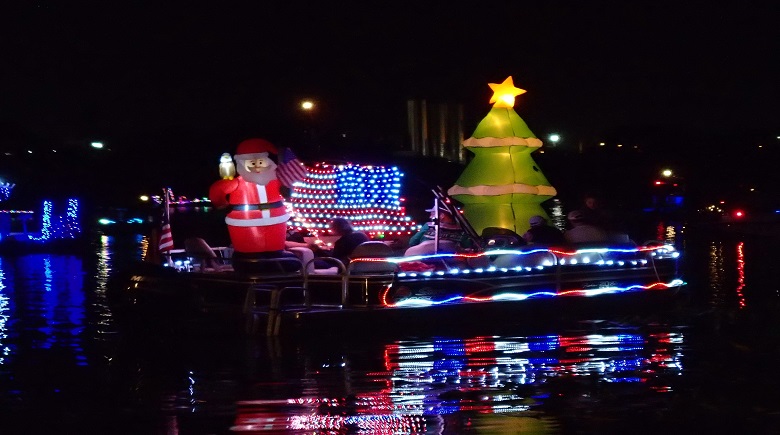 The boats congregated in Lake May around sundown before lighting up their holiday lights and decorations and making their way through the surrounding waterways of Lake Shipp, Howard, and Cannon.

As the boats passed the shoreline, spectators could watch either by the shores, on the public boat ramps, or at any of the lakeside resturants, including Old Man Franks, Tanners Lakeside, and Caribbean Bay—the latter of which helped sponsored this year’s event along with Chain Life Winter Haven and Sanda Andrews, Century 21. 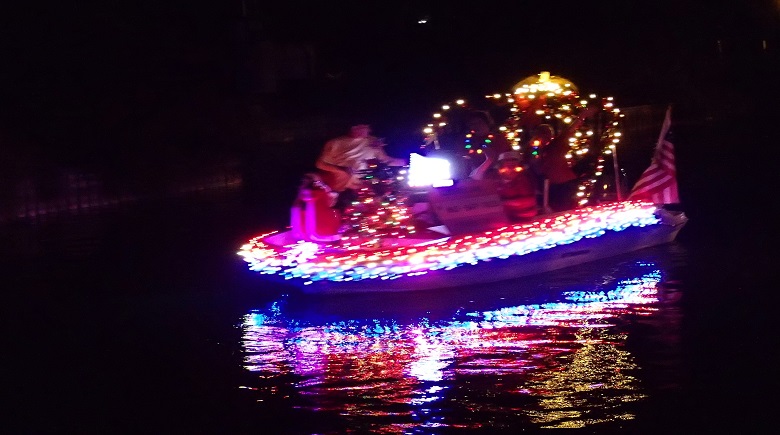 This longstanding tradition has allowed the City of Winter Haven to kick off the holiday season by utilizing its community’s greatest assets: its lakes, explained Karen Thompson from Chain Life Winter Haven.

“We are the Chain of Lakes City and our lakes are our greatest asset,” she said. “The event is the perfect way to celebrate the holiday season and our lakes!”

Not only is the annual parade a great way for the community to celebrate Christmas, but also a great economic driver for the lakeside resturants, as the parade draws in a massive turnout for them, Thompson said. 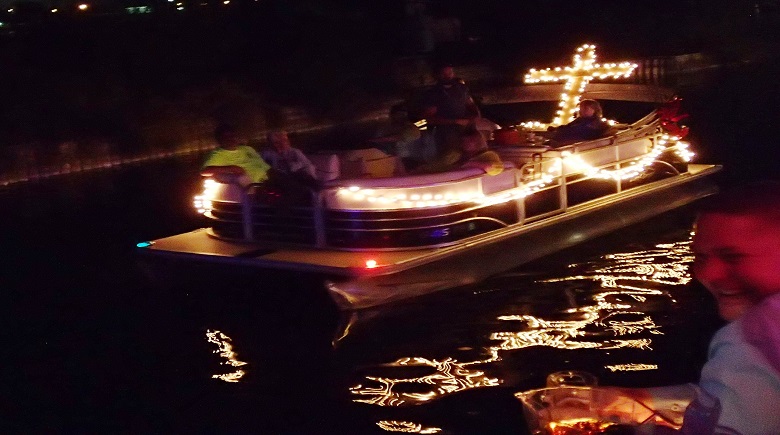 For as long as she has been with Chain Life Winter Haven, which hosts the parade, Thompson keeps seeing the parade grow each and every year. As such, she expects that the City of Winter Haven will need to consider potentially better facilitating it for spectators by closing more streets, she suggested.

For her, seeing the happiness from the people participating and spectating has been more than enough reward for the hard work she and her organization puts into it each year. 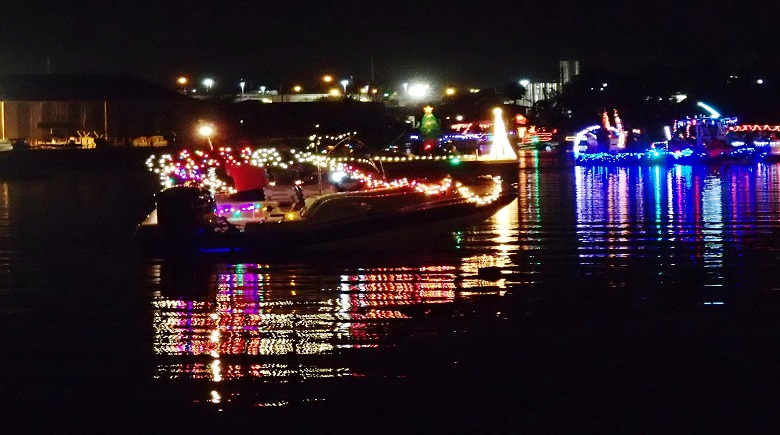 Rebecca and Rodney Heitz have been judging the parade floats for the past two years, and judged this year’s parade sitting upon the docks of Old Man Franks. When it comes to finding a winning boat, they look for boats that utilize their lights, decorations, and music the best. 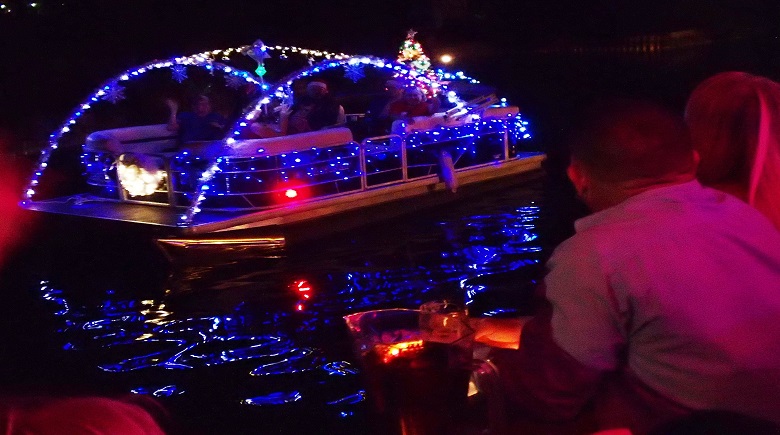 “It’s just the creativity and the use of lights,” Rodney said.

Both of them love coming out to an event that helps support their local community such as this, and seeing the community enjoy the event makes it all the more enjoyable to them. This year, the number of people watching the parade appeared larger than the people participating in it, Rebecca said.

“It is a community-focused event, and we will always participate in things that are focusing on our community,” she said. “All the people here keep coming and asking when it will start, and it creates a moment for them.” 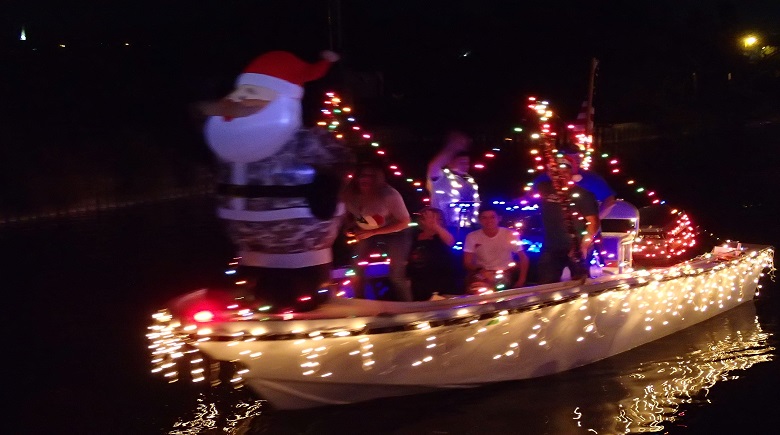