Photos by Qadry and Allison Williams 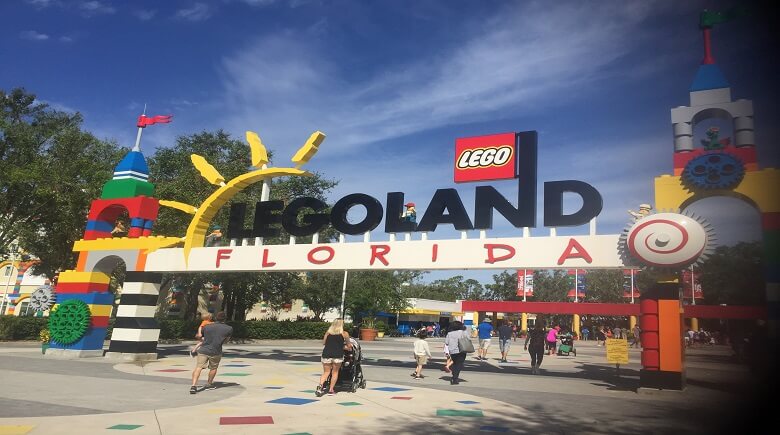 To get everybody excited for the show, DJ Brick held a dance party called Club Brixx out in front of the stadiums starting at 4 p.m. He and his co-host Zola sang and danced with the crowd. Children had the chance to show off their dance moves and win exciting prizes. 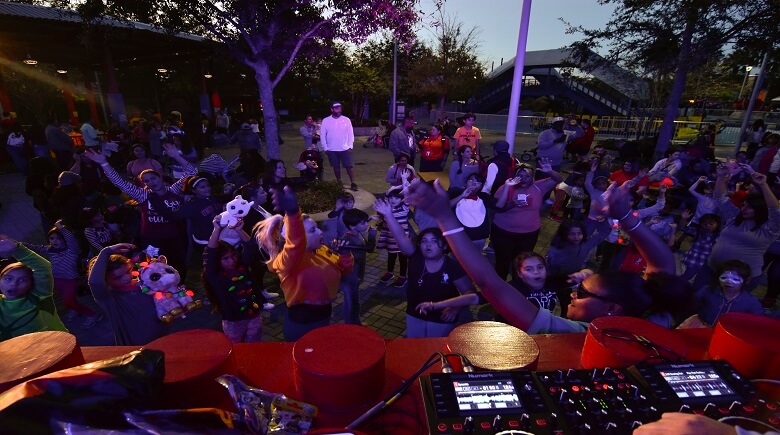 Zola believes that excitement is the key to getting children engaged in the New Year’s Eve festivities. “The more energy, fun and silliness we throw at the kids, the more they feel that way as well,” Zola said. “It’s a blast.”

DJ Brick played many current, kid-friendly songs, with the most requested song of the night being “Shut Up and Dance” by Walk the Moon. He even threw in some throwbacks to entertain the parents.

“My favorite part of the DJing and show is the opportunity to provide kids with a New Years Party that is catered to THEM,” DJ Brick said. He also particularly enjoyed getting kids to scream, “Shut Up And Dance” while they jumped and danced in front of him.

Not only were Zola and DJ Brick showing enthusiasm during the Club Brixx event, they also dressed the part. “Our outfits were colorful and fun, with a cool laid-back vibe,” Zola said. “The hoodies, shoes, and accessories all featured LEGO bricks to add to the fun of being at LEGOLAND, seeing LEGO bricks everywhere.” Zola’s LEGO brick earrings got extra attention by the little girls. 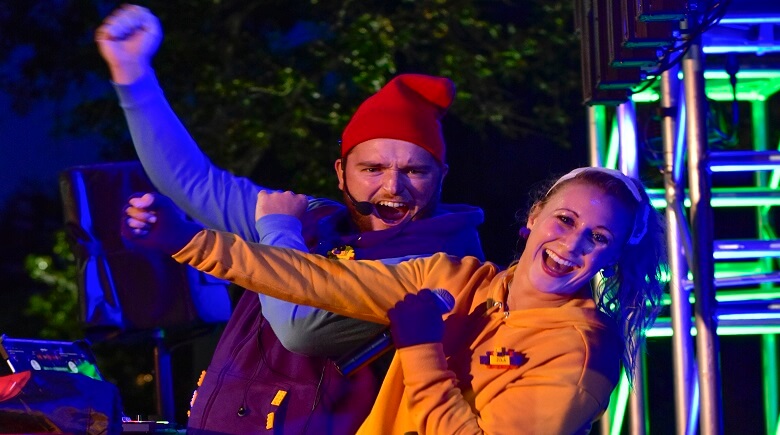 After the Club Brixx party, DJ Brick and Zola invited guests to make their way over to the lawn and stadiums to get ready for the Fireworks Spectacular. They kept the fun going and hosted the Fireworks Pre-Show.

Children volunteers had the opportunity to head to the stage with Zola and DJ Brick to participate in a LEGO brick stacking competition. All participants won LEGO-themed prizes.

Music continued to play and children in the stadium squealed in excitement as a snow machine spewed snow into the stands just before the fireworks began. Everybody was given 2018 LEGO glasses to wear during the fireworks show. These special glasses made the fireworks and lights appear as LEGO bricks. 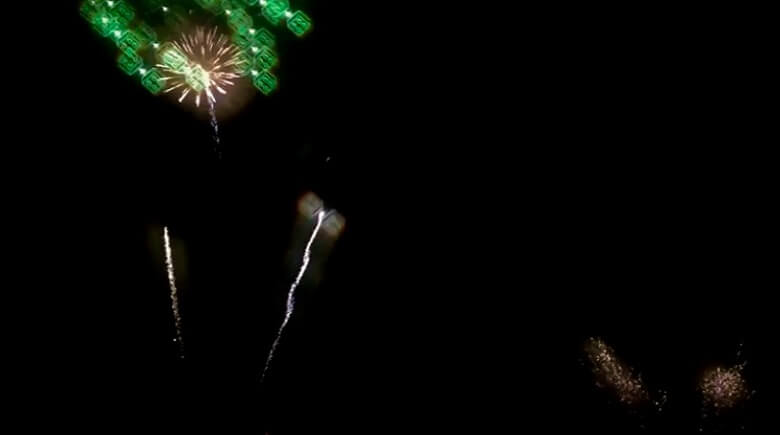 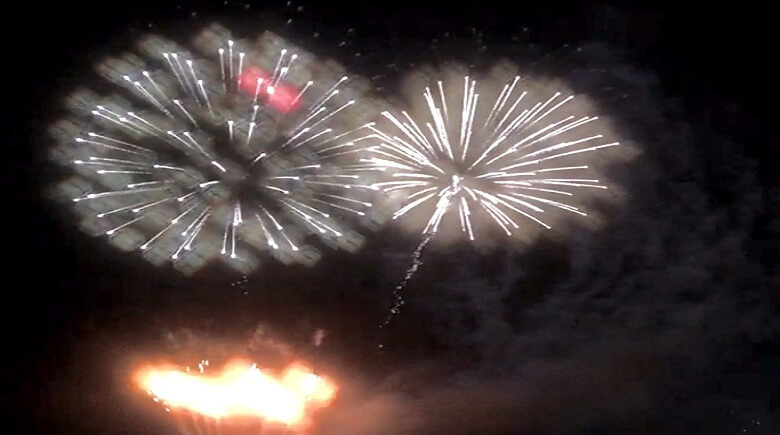 The Fireworks Spectacular took place on Lake Eloise every night from December 26 to December 31, but on New Year’s Eve, there were extra exciting events taking place. Zola and DJ Brick had the audience contribute to the New Year countdown and LEGO Brick Drop. 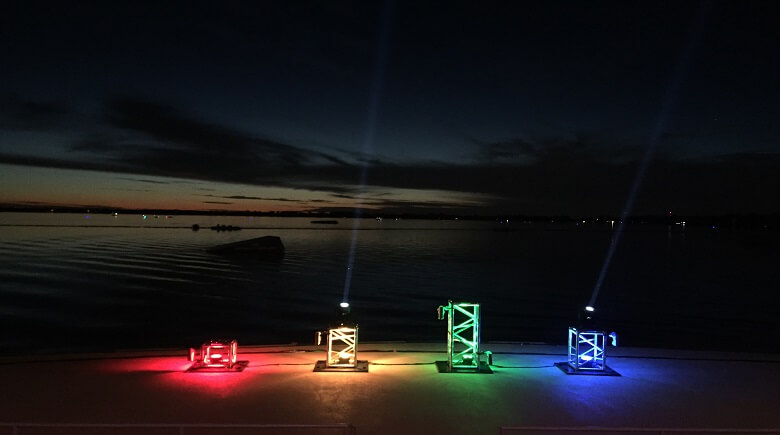 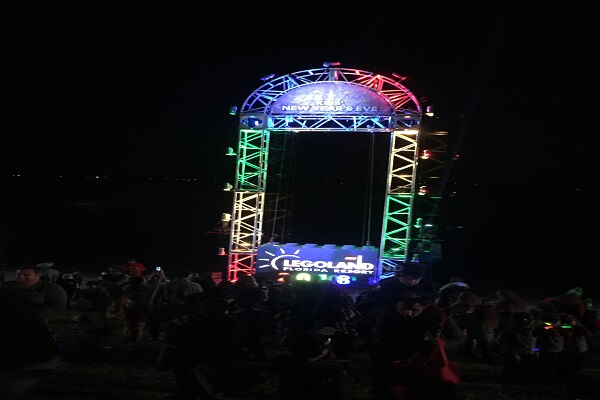 “Seeing the kids having fun dancing, singing, clapping along, and participating in the activities and games is my favorite part about the show,” Zola said, “It’s also awesome to see the parents get involved or to see the parents just enjoying watching their kid have a blast.”

Zola believes this kid-friendly New Years event is suitable for all ages. “From the music, the dancing, the atmosphere, the games and the fireworks, the event is really something for the entire family to enjoy together.”

Stay tuned for the LEGO NINJAGO DAYS, coming in late January. LEGOLAND Florida Resort also has new entertainment for all to enjoy, including the new show “Martial Artistry” and the interactive Ninjoga course for children.