PCSO Presents The 2017 Haunted Jail Tour “The Ghost of Calvin” 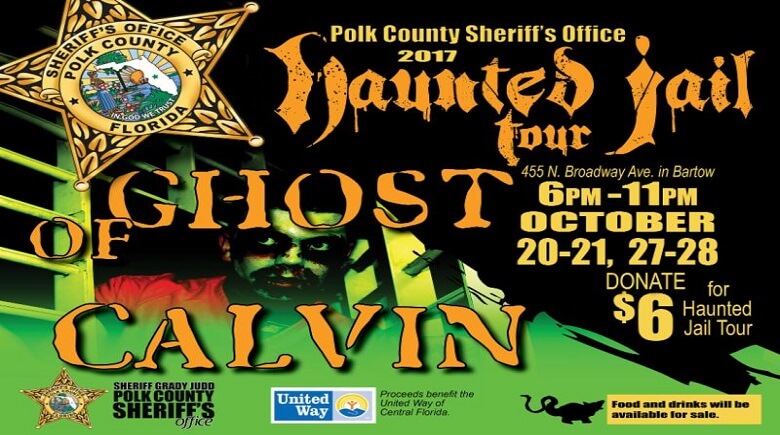 For the little ones who are too young to go through the haunted jail, there will be a separate room with treats and games! Bring the whole family for a night of fun.

Food and drink will be on sale every night.

The cost to go on the tour is a $6.00 donation with all proceeds benefiting the United Way of Central Florida.

Visitors will be taken through several areas, while being entertained with stories about the mythical “ghost of Calvin” – an inmate who committed suicide in the old jail and whose ghost still haunts the area.

Special thanks to Ronn & Sharon Williams, and Goodwill Industries-Suncoast, Inc., for donating a truckload of props, and Dr. Paul Bearer II, who filmed several videos with Sheriff Judd about the tour, and videos that will be played on the premises (we will post the videos on the PCSO Facebook in the coming weeks).

If you thought the Tour was good last year….just wait and see what we have come up with this year!!!