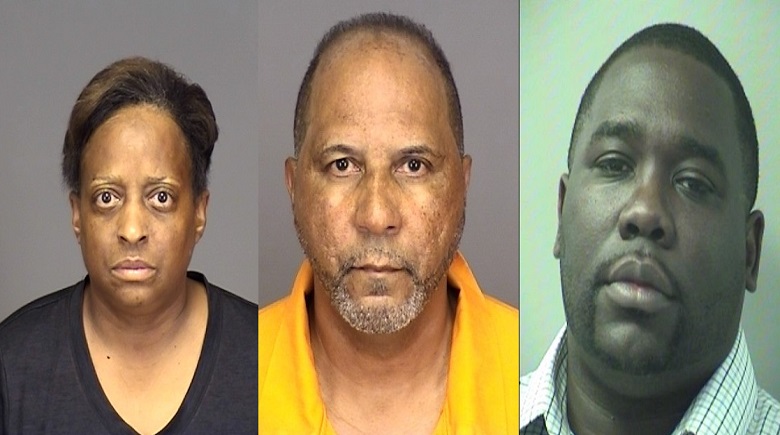 The HYA is a Department of Juvenile Justice (DJJ) non-secure residential commitment program located in unincorporated Polk County near Avon Park, Florida. In April 2017, G4S completed the sale of youth services in the U.S. to BHSB Holdings for $56.5 Million. The investigation pertains to HYA when it was a still G4S facility.

“The Highlands Youth Academy has been, and likely still is, a mess. Since the riot in 2013, warning bells have been ringing loud and clear. About the only thing I can tell that the Department of Juvenile Justice has done about it has been to turn the alarm off and circle the wagons. Actions speak louder than words: DJJ and G4S ignored our warnings and recommendations after the riot, they ignored the Polk County Citizen’s Grand Jury, and they have looked the other way when serious issues leaked out about the facility. They stopped cooperating with or reporting crimes to local law enforcement. There has been an ongoing pernicious conspiracy of silence and corruption. DJJ has coddled and covered up for G4S. Our investigation shows that G4S and their staff routinely covered up, or tried to cover up, fights, uses of force, contraband problems, children “huffing” gas, escapes, and even reports of staff having sex with children. There’s no meaningful transparency in the program. If G4S told the truth about what was happening at the facility, they would be in danger of losing their contract. So they didn’t. My gut tells me that the issues at the G4S Highlands Youth Academy are happening statewide. If they are, we have a very, very serious problem.” – Grady Judd, Sheriff

Norma Wynn, 56, of Sebring. Wynn is the former Facility Administrator of the G4S Highlands Youth Academy. She was arrested in Sebring and booked into the Highlands County Jail. She is no longer employed by G4S. Her charges are:

Jose Sanchez, 63, of Sebring. Sanchez is a former Assistant Administrator of the G4S Highlands Youth Academy. He was arrested in Sebring and booked into the Highlands County Jail. He is no longer employed by G4S – he retired. His charges are:

Johnny Hart, 40, of Okaloosa County. Hart is a former Assistant Administrator of the G4S Highlands Youth Academy. He was arrested yesterday at the Okaloosa Youth Development Center in Crestview, FL, where he is a Facility Administrator. He was booked into the Okaloosa County Jail. As of yesterday, he was employed by Okaloosa Youth Development Center (Gulf Coast Youth Services, which is not affiliated with G4S). He is no longer employed by G4S. His charges are:

According to their affidavits:

On August 17, 2013, PCSO responded to a large riot at the facility, after which 61 residents were criminally charged.

In December 2014, PCSO deputies responded to the Frostproof Substation in reference to a call for service regarding an HYA employee wishing to report being a victim of a battery. When the victim was asked why he responded to the Frostproof substation to report the crime, he replied employees are not permitted to contact law enforcement to report being victims of a crime while working. The victim was forced to wait until his shift concluded before he drove the approximate 19.7 miles (at an estimated 27 minutes of travel time) to the PCSO Frostproof Substation.

Deputies contacted Facility Administrator Norma Wynn to inquire if the information the victim provided was accurate; she advised that employees do not press charges if there are no injuries or damages but rather, are handled internally. Wynn added that if employees still wish to contact law enforcement, it will be done on their own time. When asked if this was her personal policy, Wynn replied that this was “policy of the Department of Juvenile Justice (DJJ).”  When asked to provide a copy of this policy, Wynn stated that the policy was available on the Internet; a search for this policy revealed no matching results.

In March 2015, Norma Wynn was invited to the PCSO Southeast District Substation to meet with detectives. She was specifically instructed that the procedures in place at HYA for notifying law enforcement needed to be compliant with Florida State Statute and that no delays should be in effect.  Again, Norma Wynn cited that her program follows a protocol set by the DJJ.

In June 2015, deputies responded to HYA reference to a report of a battery on a staff member by a resident. It should be noted that this victim has a cardiac pacemaker implanted in their chest. This victim was forced to clock out of work, and walk approximately a quarter mile to a guard shack to use a phone to contact the Sheriff’s Office.

Wynn knowingly engaged in misleading conduct toward another person(s) with intent to cause delay to a law enforcement investigation relating to the commission of an offense. For these three incidents, she was charged with three counts tampering with or harassing a witness or victim (F-3).

A subsequent, but unrelated investigation was conducted in 2015 regarding numerous escapes by residents. These escapes were never reported by HYA staff to the Polk County Sheriff’s Office. These facts and others ultimately led to a condemning grand jury presentment in 2015.

On June 26, 2015, the Grand Jurors of Polk County returned a presentment (copy available upon request) regarding HYA conditions. Among the findings by the Grand Jury were:

The Department of Juvenile Justice did not shut down the facility and continued to employ G4S to operate the facility.

In November 2015, Detectives received tips regarding alleged wrongdoing and criminal activity occurring at HYA that wasn’t being reported to either law enforcement, DJJ, or the Department of Children and Families (DCF). These allegations included sexual activity between staff and residents and juvenile residents battering staff members without action being taken by HYA administration.

Because of these allegations, and more information developed during a subsequent investigation, PCSO detectives conducted an in-depth investigation into all alleged criminal activity occurring at the facility.

In February 2016, PCSO deputies responded to HYA in reference to a large scale disturbance, which resulted in significant injury to a staff member’s leg and two (2) residents being subsequently arrested for battering a staff member. During the investigation, it was revealed that a portion of the disturbance should have been captured on surveillance video. Detectives contacted the facility administrator, Norma Wynn, and requested the video surveillance from the disturbance. Norma Wynn informed detectives that there were either no cameras in the area of the disturbance, or they weren’t operational. Later detectives learned from two staff witnesses that there were in fact cameras in the area of the disturbance and they were fully operational and recording in master control for the facility. Due to the amount of time that passed before detectives were made aware of this, they were unable to obtain the video because it had been written over on the DVR.

For this incident, Wynn was charged with one count giving false information to a law enforcement officer (M-1), and one count tampering with evidence (F-3).

In March 2016, Detectives served the Inspector General of DJJ with an investigative subpoena in an attempt to verify what had and what had not been reported by HYA to DJJ and DCF. A review of the results of that subpoena revealed that a majority of incidents described by informants and witnesses had not been reported.

That same month, detectives interviewed a Youth Care Worker (YCW) regarding a pornographic DVD being recovered at HYA after several of the juvenile residents were observed watching it. Youth Care Workers advised that they recovered the DVD and gave it to Assistant Facilities Administrator, Johnny Hart. Detectives later discovered that this incident was never reported to DJJ.

In May 2016, detectives arrested HYA youth care worker, 26-year-old Deidre Baucom, after an anonymous tip about sexual abuse of a child was received. During a post-Miranda interview, Baucom confessed to having sexual contact with juvenile residents. Baucom ultimately reached a plea deal with the State Attorney’s Office, and left the state of Florida.

Also in May 2016, detectives made contact with a former juvenile resident who advised that in August 2015, he had a Protective Action Response (PAR) committed against him by Assistant Facilities Administrator, Johnny Hart. The resident advised during this PAR, he was slammed on the ground and elbowed in the neck and back. As a result of this PAR, the resident sustained injuries to his right shoulder, leg, and neck. Detectives later made contact with a Youth Care Worker (YCW) who was present during the PAR. The YCW advised they observed Hart elbow resident two or three times in the head and neck area. When detectives checked with DJJ and DCF, they discovered that this incident was never reported by HYA Administration.

For this incident, Hart was charged with one count child abuse (F-3) and one count tampering with evidence (F-3).

Wynn and Sanchez, in their capacities as employees of a residential facility, are classified by Florida statute as a mandatory reporters of child abuse, and in Wynn’s capacity as a prison rape elimination act (PREA) coordinator for HYA, has a responsibility to notify DJJ of incidents of this nature. During this incident and another one involving a staff member having inappropriate and sexual contact with a juvenile resident, they concealed written statements and testimony of juvenile victims, delaying the necessary involvement of law enforcement. For these incidents, Wynn and Sanchez were each charged with two counts failure to report child abuse (F-3).

For their concealment of various felony offenses to law enforcement and DJJ, and manipulation of information to appear as if the program is being operated in compliance of all local and federal laws, and knowingly providing false information that becomes a public record to facilitate the commission of felonies, Wynn was charged with three counts and Hart and Sanchez were each charged with two counts use of public record to commit a felony (F-3).

In September 2016, DCF became involved in several investigations at the Highlands Youth Academy in reference to staff abusing residents. As a result of these investigations, several employees at HYA were suspended, including Norma Wynn and Johnny Hart. Later, Jose Sanchez retired.

In July 2017, PCSO presented probable cause affidavits for Wynn, Hart, and Sanchez to the Office of State Attorney Brian Haas, 10th Judicial Circuit.