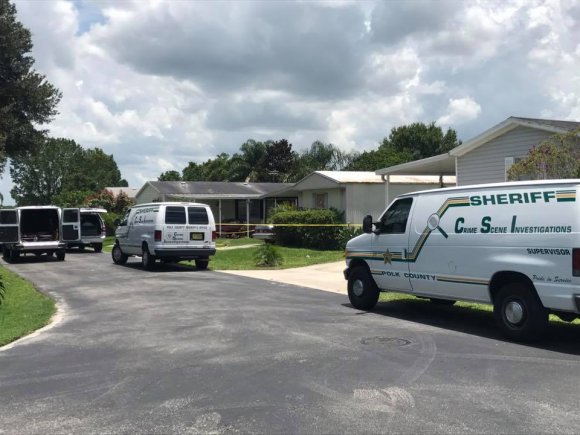 Update 3pm Monday, July 3rd – On Monday, July 03, 2017, autopsies were completed on 44-year-old Kenneth Rhoden and 57-year-old Dawn Curtis-Rhoden of 4778 Breezer Drive in Lake Wales. The autopsy revealed no signs of injury or trauma. The determination of the cause and manner of death are pending toxicology.

We will update as more information is available.

Update 5:15 pm – The Polk County Sheriff’s Office is conducting a death investigation related to two adults, a man and a woman, who were found this morning deceased at 4778 Breezer Drive, Lake Wales in the Pedaler’s Pond manufactured homes community.

Deputies were called to the scene this morning because neighbors had not noticed the residents at the address for several days. Detectives have not positively identified the two bodies due to body decomposition. An autopsy will be conducted by the medical examiner’s office to help determine the cause and manner of death.

We will provide the identities of the two once we have positively identified the bodies and made next of kin notification.
–

Lake Wales, Florida – The Polk County Sheriff’s Office is currently investigating a home on Breezer Drive. At this time no details have been released. Multiple crime scene units are on scene conducting the investigation. Accord to witnesses the PCSO has been on scene since 7 am this morning.

It is believed that a couple live in the home.

We will update this article as soon as more information is released.