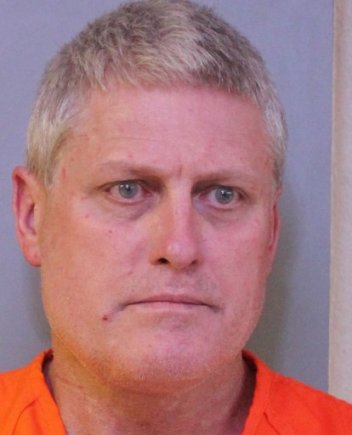 Lake Wales, Florida – The Polk County Sheriff’s Office arrest Billy Ray Monday, 53, of Lake Wales and has charged him with Armed Kidnapping, Domestic Violence, Battery With A Deadly Weapon and Armed Burglary With Assault. Monday allegedly used a knife to kidnap his ex-girlfriend Dawn Hulett. The two had been a couple for over 17 years, but were currently separated and living apart.

The incident took place on Monday, June 26, at which time Hulett and a friend went to Momma D’s diner on S.R. 60 in Lake Wales. Momma D’s was Hulett’s place of work. According to Polk County Sheriff reports Billy Ray showed up brandished a knife in the parking lot. He allegedly forced Hulett back into the truck. At this time Hulett struggled to get free and she suffered a stab or cut to her left arm. She managed to get free of the truck, but Billy Ray got out and around to the passenger side of the truck and reportedly forced her back into the truck.

According to reports Billy Ray drove approximately 12 miles towards his home at Indian Lake Estates. When Billy Ray noticed a Polk County Sheriff’s Deputy behind him he tried evasive action in  an attempt to lose the deputy. Billy Ray eventually lost control on a sharp turn and the truck crashed. He avoided capture, but was later arrested and taken to Polk County Jail