Ribbon Cutting for Gow B. Fields Park and Ride Facility Set For June 19 at 1:30 p.m.

Ribbon cutting for Gow B. Fields Park and Ride facility set for June 19 at 1:30 p.m.

LAKELAND (June 12, 2017) — Commuters will have new options for traveling in Polk County and beyond with the June 19 ceremonial opening of the new Gow B. Fields Park facility at US 98 and Pyramid Parkway.

The ribbon will be cut during a special dedication ceremony at 1:30 p.m. to launch the facility that will serves as a car and van pool hub, a transfer point for Citrus Connection Routes 1 and 47 as well as a stop for national transportation provider Megabus.

The Florida Department of Transportation funded facility has 50 free parking spaces for commuters in a safe environment. Open 24 hours, the Park and Ride has significant lighting and continuous video surveillance.

The facility is being named after Gow Fields, Lakeland’s first elected African-American mayor. He also served on the Lakeland Area Mass Transit District Board of Directors for nearly two decades. 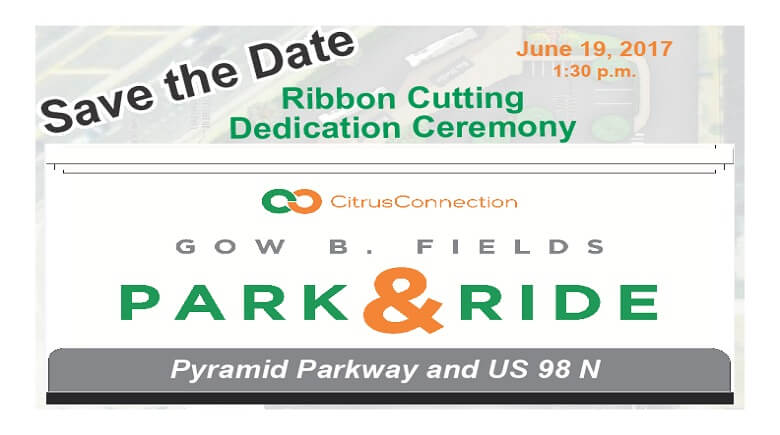