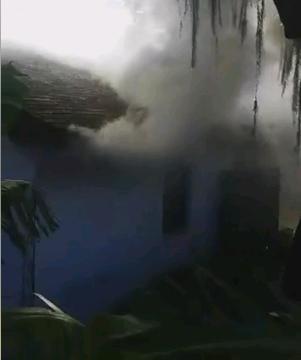 Update January 12 – 9:30 am – At approximately 10:58 am, on Wednesday, January 11, 2017, Polk County Sheriff’s Office deputies responded to the Timberline Road residence to assist Polk County Fire Rescue with a residential fire in which a victim had been located deceased inside.

The decedent has been identified as 67-year-old Donald Merkley – 3353 Timberline Road, West.

The State Fire Marshal’s Office determined the fire originated in the living room of the residence – the source, a small electric heater. According to the Fire Marshal Investigators, a recliner chair located close to the heater caught fire which then spread throughout the home.

The death does not appear suspicious in nature; however, an autopsy will be conducted to determine the cause and manner of death.

We can now confirm there was one fatality at the structure fire at 3353 Timberline Road, Winter Haven. The Polk… https://t.co/oyn6qFnYTb

We will update this article as more information is released.