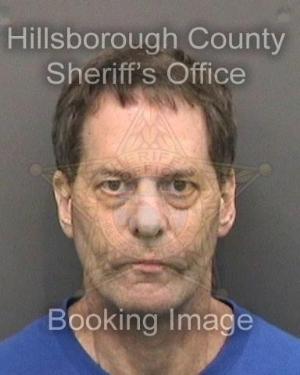 57-year-old Chester R. Kwitowski, Jr. of Tampa was arrested yesterday on a Polk County Warrant for 1 count of “perjury in an official proceeding that relates to the prosecution of a capital felony.” The charge was direct filed by the State Attorney’s Office, 10th Judicial Circuit and relates to Kwitowski’s September 22, 2016, arrest for: two counts Giving False Statements During Prosecution of Capital Felony (F-2), and three counts Giving False Statements In Official Proceeding (commonly known as Perjury) (F-3).

“Count 2: Informant aforesaid, under oath, further information makes that Chester Ralph Kwitowski, Jr., on or about September 13, 2016, in the County of Polk and the State of Florida, who was testifying in a pretrial evidentiary hearing, did appear before notary public, Tammy Lay, and after having been duly sworn, did make a false statement, to-wit:

Which he did not believe to be true, under oath in an official proceeding that relates to the prosecution of a capital felony, to wit: sexual battery on a child under 12 years of age, in regard to a material matter, contrary to Florida Statute 837.02. (2nd degree felony, level 8)”

Kwitowski lists his occupation as President/CEO of Brightside Enterprises, Inc. According to the affidavit filed in September and the current direct filing, Kwitowski appeared as a subject matter expert witness for the defense, during five sexual battery on a minor and/or possession of child pornography jury trials or depositions in the 10th Judicial Circuit, and provided sworn testimony that he has formal education and certifications including: a Master’s Degree from USF in Computer Science and Engineering, current Encase certification, had a Cisco certification, had a secret clearance from the federal government, had a top secret clearance from the federal government, and/or he was a certified forensic examiner (CFE) in the military. PCSO detectives determined that none of the above are true, and that Kwitowski lied under oath about his certifications, education, and level of expertise.

Kwitowski was arrested on the outstanding warrant at around 4:45 p.m. yesterday, Monday, October 10, 2016 near his home in Tampa. He was booked into the Hillsborough County Jail on $25,000 bond. He was released early this morning on a cash bond.

“Simply put, Kwitowski has been lying under oath. This investigation is continuing and we are committed to making sure our legal system is not undermined by a so called expert’ claiming to be something he’s not.” -Grady Judd, Sheriff