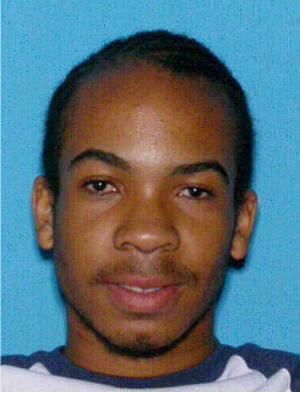 Dashawn Jamal-Roy Bather is in custody after turning himself in at the Tampa Police Department today.
Bather, who had a warrant for his arrest, is facing charges of Attempted First Degree Homicide stemming from an encounter in Winter Haven on Wednesday, 9-14-16.
It is unclear when Bather will be transported back to Polk County.
Thank you for all of the media who got the information out about this case.
The original release is below.

Winter Haven Police have obtained a warrant for the arrest of Dashawn Jamal-Roy Bather of Lakeland after he shot a Winter Haven man on Wednesday.
On 9-14-16 at approximately 2:12 p.m., officers responded to 901 Ave. W, NW where 20 year-old Nathaniel Brewer (DOB 9-22-16) was suffering from a gunshot wound to his neck. Brewer was taken to Lakeland Regional Health with non-life-threatening injuries.
According to witnesses, Brewer was driving south in the 2000 block of 9th St NW in Winter Haven while a gray 2005 BMW driven by 19 year-old Dashawn Jamal-Roy Bather (DOB 4-5-97, 1839 Kinsman Way, Lakeland) was driving north on the same street. Both cars stopped and Brewer got out of the driver’s side and approached Bather’s vehicle. A verbal exchange ensued and Bather pulled a gun out and fired a shot hitting Brewer in the neck.
Bather sped off towards Havendale Blvd. and then drove west on Havendale towards Lakeland.
A friend with Brewer immediately called 9-1-1, put him back in the car and drove back to Brewer’s residence at 901 Ave. W, NW where police and medical personnel responded. Brewer was transported by ambulance to Lakeland Regional Health.
Officers were able to make a positive identification of the shooter and obtained a warrant for his arrest after attempts to locate him were unsuccessful.
Nineteen year-old Dashawn Jamal-Roy Bather is considered armed and extremely dangerous. He is possibly driving his 2005 gray BMW four-door car with a Florida tag of 2759BT.
Anyone with information on the whereabouts of Bather is asked to call Heartland Crime Stoppers at 1-800-226-TIPS (8477). Callers WILL remain anonymous and could be eligible for a CASH reward of up to $3,000.