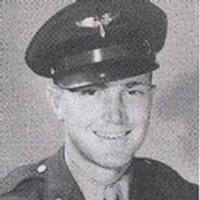 Bartow, Florida – Richard R. Frisbie, 92, long-time Bartow business and civic leader, died on Monday afternoon, July 25, 2016, at Good Shepherd Hospice in Auburndale, several weeks after suffering a stroke. He was born in Tampa on Feb. 18, 1924, to Lloyd and Marguerite Frisbie. The family moved to Bartow in 1931 when Lloyd Frisbie and his father, Sayer L. Frisbie, founded The Polk County Democrat, which remained in the Frisbie family for 75 years. Mr. Frisbie was a member of the Summerlin Institute Class of 1942, where he was class president and an all-conference athlete in basketball, baseball and tennis. He attended Emory College in Oxford, Georgia, for a year before enlisting in the U.S. Army Air Force at age 19. He was a B-17 pilot during World War II, stationed in British Guyana with an air-sea rescue squadron. While serving in the military, he completed an accelerated two-year course in aeronautical engineering at Tennessee Tech in only six months. After returning to civilian life, he joined the Florida National Guard, serving for 18 years until his retirement in 1968 with the rank of lieutenant colonel. The high point of his career was his assignment as commander of the 149th Field Artillery Battalion. He was a past president and director of the Bartow Chamber of Commerce, a long time member and past president of the Bartow Lions Club, and past chairman and long-time board member of Bartow Memorial Hospital. He served on the Bartow Planning and Zoning Commission. He was a director of the Church Service Center and served as a hospice volunteer. He was awarded the Bartow Rotary Club Medal of Honor for service outside his vocation in 1976 and the Bartow Lions Club Outstanding Citizen Award in 1992. He was inducted into the Bartow High School Hall of Fame in 2009. He was an organizer and charter member of Asbury United Methodist Church, where he served as Sunday School teacher and superintendent, and church treasurer. He later became a member of Associate Reformed Presbyterian Church, where he served as an elder. In 1945, after his discharge from the Army Air Force, he joined his father, grandfather and brother in the family business, working first on the newspaper, The Polk County Democrat, and later becoming president of Bartow Printing Company and publisher of the company’s longest-published magazine, Citrus Industry. In 1992, he started the Citrus Expo, Florida’s largest educational event for citrus growers. He received Florida Southern College’s Citrus Club Man of the Year award in 1995. He served on the board of Printing Industries of Florida for several years. In 1945, he married Mamie Nelle Odum, whom he met while attending Emory. They were married for 56 years, until her death in 2001. He also was predeceased by his parents and his older brother, S. Loyal Frisbie. He later married Ann Lipscomb Weld, a Summerlin classmate. Other survivors include five children, Rick Frisbie and wife Jane of Tucker, Ga., Hank Frisbie and wife Carol of Bartow, Mariann Holland and husband Carl of Babson Park, Lisa Cullins of Brunswick, Ga., and Mark Frisbie and wife Lou Anne of Fort Myers; eight grandchildren, Lloyd Frisbie, Tommy Frisbie and wife Amanda, Maggie Holland, Rick Holland, Ashley Cullins, Lauren Cullins, Jordan Frisbie, and Madison Frisbie; six great-grandchildren, Clay Frisbie, Tyler Frisbie, Gabe Frisbie, Ava Frisbie, Hawk Frisbie, and Nova Grant; one nephew. S. L. Frisbie, IV, and wife Mary; two great nieces, Peggy Frisbie and Carolyn Frisbie Holton; a great nephew, Loyal Frisbie-Knudsen and wife Julie; and three stepdaughters, Diane Ashley, Patti Pike and husband Skip, and Nancy McKirchy and husband John.