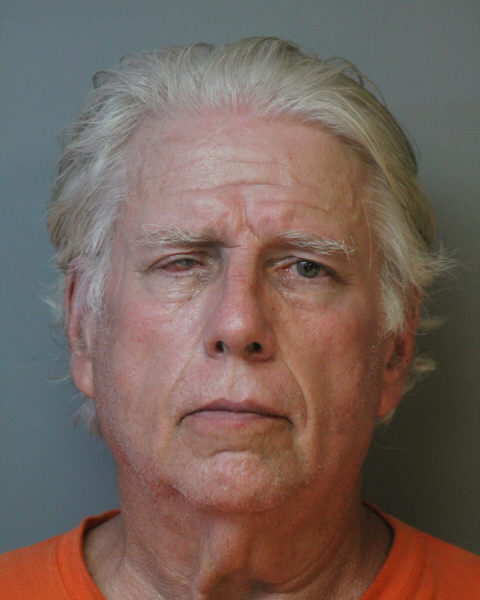 Polk County Sheriff’s Office Press Release
On Wednesday, June 1, 2016, PCSO Robbery detectives arrested 66-year-old Vaughn Howard of 3992 Laurel Crest Drive in Mulberry for Solicitation to Commit Robbery, and Robbery, for the Centerstate Bank robbery that occurred on May 25, 2016.
The following is an excerpt from his affidavit, and is self-explanatory:
On 05/25/2016 at approximately 1208 hours a bank robbery occurred at the Centerstate Bank located at 4719 South Florida Avenue, Lakeland, Florida.
According to the victims and witnesses, an unknown older white male wearing blue jeans, a long-sleeved blue shirt, sunglasses, and a hat walked into the bank and approached the teller and passed her a note written on a white piece of ripped paper written in pencil which advised the following, “Give me all of your 100’s, 50’s, 20’s. I am armed. This is not a joke. No alarms” and also said something like “I’ll shoot.” While the teller was reading the note the suspect began yelling at her to hurry up and give it back (referring to the note) while taking the note back away from her. The teller gave the suspect all of the $100’s, $50’s, and $20’s which were in her drawer. The suspect then fled the bank in an unknown direction.
Detectives obtained surveillance video from Centerstate Bank which corroborated the victim and witness statements of the incident. The exterior camera captures the south side of the business pointing towards the entrance to the bank as well as the Kmart business located at 4717 South Florida Avenue. At approximately 1205 hours a light colored Ford Taurus is observed pulling into the parking lot area of Kmart, driving past the entrance of the bank. The exterior camera which captures the drive thru area then captures the vehicle traveling west past the bank, looping around, and backing into a parking spot located just west south west of the bank. The suspect is observed exiting the vehicle and walking east towards the bank. The suspect is then captured back on the south exterior camera walking towards the entrance/exit of the bank. The suspect is then captured by the ATM surveillance cameras which provides a close image of the side of the suspects face prior to entering and again upon exiting the bank. The interior cameras provide several views which show the suspect approach the teller, pass her a note, and her providing the suspect the money prior to him exiting the bank.  The suspect then exits the bank and is observed on all exterior cameras returning back to the vehicle in which he arrived. The suspect is observed as an older white male wearing blue jeans, a buttoned-up long-sleeved light blue shirt, straw style hat with a black cord around it, what appears to be a ball cap underneath the straw hat, and glasses.
On 05/31/2016 PCSO was advised by a source that the suspect was possibly known by the name of “Vaughn,” was in his 60’s, was arrested approximately five months prior, and was overheard talking about robbing the bank. The suspect, Vaughn Howard, met the description provided by the source.
A second source was also located, positively identifying Vaughn as the bank robbery suspect. This source saw Vaughn with a large amount of money days after the robbery occurred.
On 06/01/2016, a third source told PCSO detectives that Vaughn confessed to her that he robbed the bank and told her the following details: Vaughn stated he walked into the bank on South Florida Avenue, approached the teller, and handed her a note. Vaughn made a statement to the teller to not call law enforcement and there better not be any trouble. The teller gave him the cash which was placed inside a bag. Vaughn exited the bank and left the area. Vaughn informed her he had a handgun in his pocket during the bank robbery. Vaughn said he committed the bank robbery because he owed debt for drugs and also needed extra money to hide out with. After telling her he committed the bank robbery, Vaughn informed her he was wanting to rob a bank in Brandon, Florida. Vaughn wanted her to be the get-away driver and have her rent hotels in her name. Vaughn had an elaborate plan to rob banks through the State of Florida until enough money was gathered to flee comfortably.
On 06/01/2016 detectives contacted an acquaintance of Vaughn’s, who provided a sworn recorded statement. He stated he was approached by Vaughn approximately four weeks ago about committing a bank robbery. Vaughn wanted him to be a get-away driver while Vaughn committed the robbery. He  did not think Vaughn was serious. On Tuesday, May 31, 2016, he was informed Vaughn committed a bank robbery. He was also shown images on social media which were disseminated to the public through the Polk County Sheriff’s Office, and the news release. He confirmed the identity of Vaughn Howard, and stated he was without a doubt certain the pictured suspect is Vaughn Howard. He stated he was with Vaughn when Vaughn purchased a garden style hat that looks identical to the hat worn in the surveillance video picture. He stated Vaughn’s brother has a mid-2000s model Ford Taurus, and he has seen Vaughn drive the Ford Taurus on one occasion.
On June 1, 2016, PCSO Robbery Detectives obtained an arrest warrant for Vaughn Howard, and took him into custody without incident. He remains in the Polk County Jail on no bond until a first appearance hearing at 1:00 p.m. today (June 2, 2016). Detectives also served a search warrant at Vaughn’s home, and seized items related to the bank robbery. These items are being processed at this time.
Howard has previous arrests in Polk County, for grand theft of motor vehicle, possession of meth, possession of paraphernalia, burglary, petit theft, and VOP.
June 2, 2016