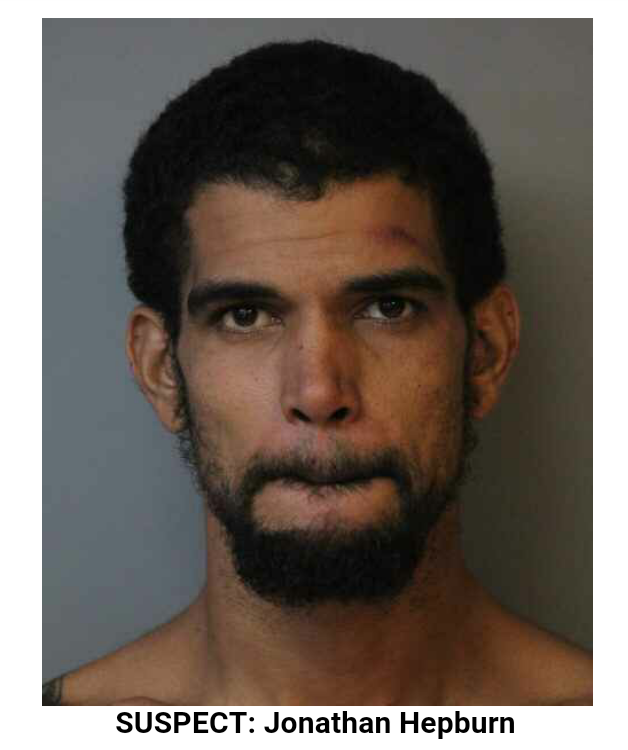 On May 29, 2016, PCSO Homicide detectives arrested 29-year-old Jonathan Hepburn of 1146 Skyview Blvd in Lakeland for one count Second Degree Murder in the death of 35-year-old Kenneth Wesley of 1666 Crystal Park Circle in Lakeland.

The following is an excerpt from Hepburn’s affidavit, and it is self-explanatory:

“On 05/29/2016 at approximately 8:04 p.m., Polk County Sheriff’s Office Deputies responded the area of 1146 Skyview Blvd, in Lakeland, in reference to a shooting call. Upon deputies’ arrival, the victim, Kenny Lee Wesley, was located in the roadway in front of 1146 Skyview Blvd, Lakeland, unresponsive with a gunshot wound to the upper left torso. As Deputies approached the residence at 1146 Skyview Blvd, a male later identified as Jonathan Hepburn made contact with the deputies and exited the residence. Jonathan spontaneously made statements to the deputies that he had shot the victim. The suspect was secured and transported to the Polk County Sheriff’s Office Southwest Substation.

Hepburn was placed under arrest for Second Degree Murder, and booked into the Polk County Jail, where he remains under no bond. He does not have any prior arrests in Polk County.