Winter Haven detectives are investigating a murder-suicide that occurred last night.
On 6-10-16 at approximately 9:15 p.m., officers responded to call at 4019 Vista Del Lago Drive, Winter Haven, FL, 33881 where a disturbance occurred that ended with the shooting death of 37 year-old Mayline Valle Cardona.
According to witnesses, 51 year-old Jose Hernandez-Acevedo (DOB 8-18-64, 127 Ixora Dr., Winter Haven), who is Cardona’s estranged boyfriend, was seen speaking to a child outside of the upstairs apartment and then left the building. Hernandez-Acevedo was then seen making a phone call and abruptly running towards the main office, which is located at the front of the property.
Approximately 10 minutes later, the victim (Cardona) is seen arriving at the apartment and parking her vehicle in front of the above address. Shortly after that, three to four gunshots were heard followed by screaming. As other residents in the area turned towards the sounds of the screams, Hernandez-Acevedo was seen standing over Cardona while she was on the ground.
Hernandez-Acevedo fired numerous times striking Cardona in the head and body. Cardona was pronounced deceased at the scene. At this time, it is unknown how many times the victim was struck.

Witnesses told officers on scene that Hernandez-Acevedo fired the handgun so many times that he reloaded the weapon and continued to shoot. Officers recovered more than 30 bullet casings at the location.
Hernandez-Acevedo was seen getting into a silver vehicle and leaving the area. Officers later located Hernandez-Acevedo at the Lake Fannie boat ramp a short distance from the property deceased due to what appears to be a self-inflicted gunshot wound.
Cardona’s two children ages 12 and 13, who were at the apartment during the incident, were turned over to family members who arrived at the residence a short time later.
Detectives continue to investigate the case. 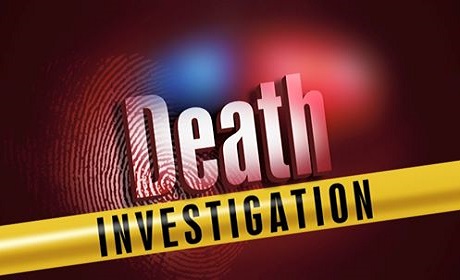