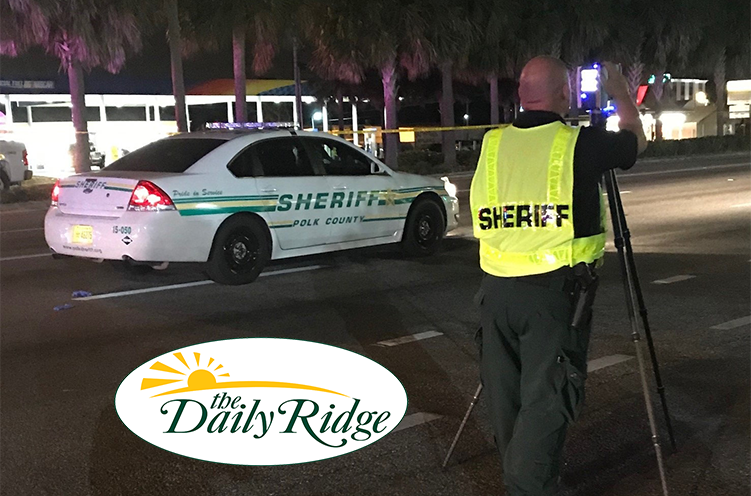 A Lakeland man was killed Tuesday night, February 25, 2020, after he ran into a Bartow roadway, in the path of an oncoming Polk County Sheriff’s Patrol car. The deputy was not injured. The crash occurred at about 7:59 p.m. on U.S. 98, south of Old Eagle Lake Bartow Road.

44-year-old Thomas Morrison suffered blunt force trauma from the impact, and was transported to Bartow Regional Medical Center where he succumbed to his injuries.

The driver of the patrol car was Deputy Sheriff Forrest Scott, who has been with the agency since June of 2018.

According to the preliminary investigation, Deputy Scott was driving northbound in the outside lane of U.S. 98, and was not in emergency mode (no lights or sirens). A witness to the crash confirmed that the deputy did not appear to be driving in excess of the speed limit (speed limit in this area is 45 mph). The witness said that Morrison ran into the roadway in an easterly direction into the path of the deputy’s car.

The area where Morrison was crossing is not a marked crosswalk, and the two nearest street lights were not illuminated. Morrison was also wearing dark clothing.

Deputy Scott quickly swerved to the left in an attempt to avoid hitting Morrison, but the right portion of the push-bumper struck the man. Morrison’s head and body hit the passenger side windshield, and he fell to the ground.

Deputy Scott immediately notified dispatch of the crash, and began to render aid to Morrison.
Traffic homicide detectives learned that Bartow Police Department had been notified at 6:08 p.m. that day about a white male wearing dark clothing walking in-and-out of traffic near the 1000 block of Highway 17. Officers made contact with the man, and he was identified as Morrison.

Morrison had spent time in the Polk County Jail between July and August of 2019 for a VOP warrant, and again from December 2019 to January 2020. Both times, he was placed on suicide watch.

There is no evidence at this point in the investigation of excessive speed or distracted driving.
The crash remains under investigation.