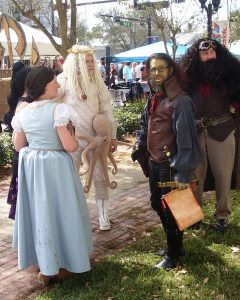 Sam Bork loved playing Spyro The Dragon on her PlayStation as a child. Now that she is all grown up, she wears a costume based on her favorite video game character, wearing a pair of golden horns, a purple wig, and a matching dress with golden scales.

Since 2014, Bork has created such costumes and worn them to various game and comic conventions across the state. Other costumes she has crafted include those based on characters from other games such as Elder Scrolls and Skyrim. 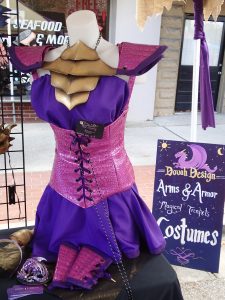 As of last year, Bork turned her hobby into a business with Dovah Designs (https://www.dovahdesign.com/), with costumes, weapons, and other props based on popular video games. The hard part was learning how to create such items, but being able to wear and use it makes that hard work worth it, she said.

“Learning how to do all of it was a challenge, working on yourself is pretty hard,” she said. “The crafting part, physically making it, is what I enjoy the most.”

Bork was one of many costume players, or cosplayers, who showed off their costumes at this year’s SyFy Bartow, the annual sci-fi convention hosted in the Downtown Bartow area, on Saturday. 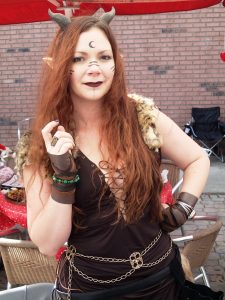 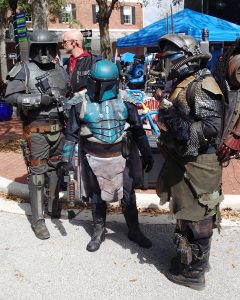 For more than five blocks, countless vendors were set up showcasing various merchandise based upon popular video games, comics, and movies. Attendees of all ages proudly engaged in their love of all things “geeky” as they perused these vendors and even dressed in costumes as their favorite characters.

Lauren Edinger (nicknamed the WyerWoman) was one such cosplayer. She tended to her own booth and showcased her different costumes, including Poison Ivy from “Batman” and Gadget Hatchwrench from “Rescue Rangers.” Her favorite costume is Princess Buttercup from “Princess Bride.”

For the past 10 years, she has been creating her own costumes based upon her favorite characters. She attended SyFy Bartow last year, and loved it so much, that she attended again this year.

“It has been super busy and everyone is super involved,” she said. “[I love] getting to interact with everyone. I love it when it is busy like this, [and to even] meet different people who are not interested, and it is interesting to talk to them about something new.”

For the past seven years, SyFy Bartow has been drawing in hundreds, even thousands, of fans of comic books, video games, and other forms of “geekdom.”

This year’s theme was “Myths & Magic”, with an emphasis on the fantasy genre. Many fantasy-based showcased everything from magic crystals and props to statues and figurines based dragons and other monsters. 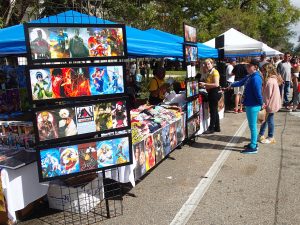 From Harry Potter to Ghostbusters, if you were a fan of it, chances are, it was there downtown for you to see. Not only is this event a great place for people to share their love of their favorite media, but also a great opportunity for downtown businesses to draw in new customers. 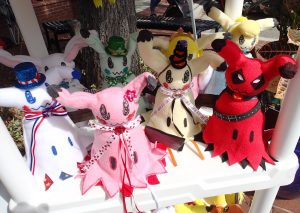 “We are dropping close to 30,000 people in this event and keeping Florida Main Street alive,” said event organizer SeanSerdynski. “Each year, I guarantee, there is 5,000 more people each year.”

Next year’s theme will be “Rise Of The Robots.” For more information, visit their Facebook page: https://www.facebook.com/syfybartow/ 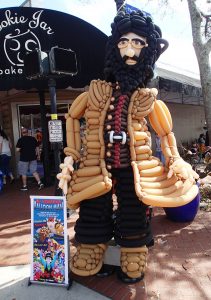 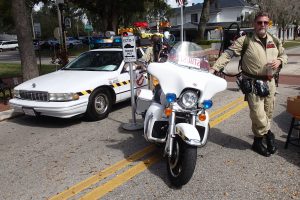