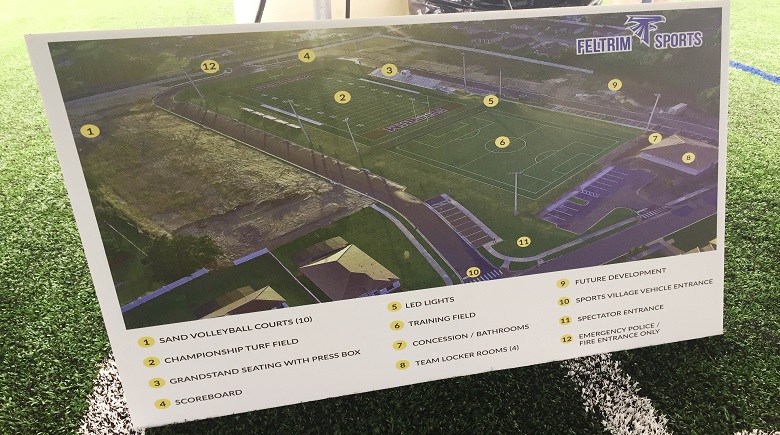 What do football, soccer, and quidditch all have in common? They’re all games and sports that will be played at the new Feltrim Sports Village at Balmoral Resort in Haines City.

Costing $4 million, the 5-acre sports facility includes a large playing field for sports such as soccer and football. The facility also includes practice fields for soccer and lacrosse, as well as a fieldhouse with locker rooms and a concession stand. 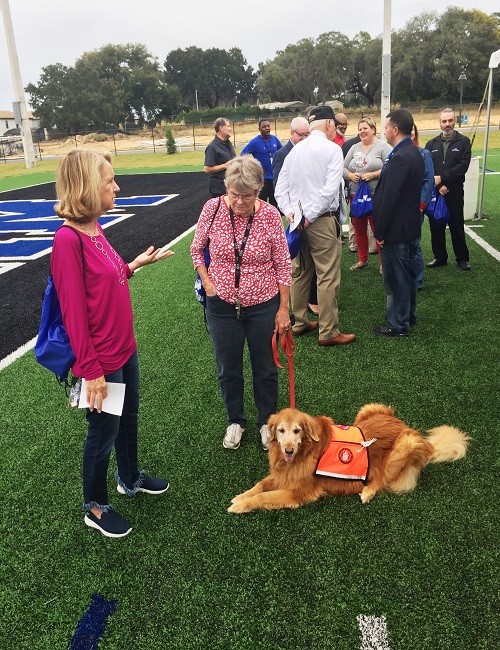 More facilities are expected in the near future. In 2021, an indoor sports arena is planned to be constructed. This 65,000 square foot indoor sports arena will include two basketball courts and six volleyball courts. Also planned is an event center, which will be planned for construction in 2020. This center will serve as a venue for large events such as weddings and receptions.

Feltrim Sports Village is located in the Balmoral Resort, a 100-acre vacation-home community located off of Highway 27 in Haines City. Since opening in 2016, the resort has added more than 100 new homes, with even more being constructed.

The new sports village will host various sports and games, from traditional sports such as football and soccer, to unique games such as quidditch, the magical broomstick game from the Harry Potter book series.

The very first event was hosted on Sunday with the AAU Football National Championships, as reported by the Winter Haven Sun. More events are planned for the near future, with the next four months having already been booked, explained Garrett Kenny, CEO and Owner of Feltrim Sports Complex.

“We are hoping to bring in locals in Haines City and Polk County and also out of state,” Kenny said. “I think the northeast section of the county has been ignored for the last couple of years. There is a hell of a lot of activity in Winter Haven and Lakeland. So I think this will help put Haines City on the map.” 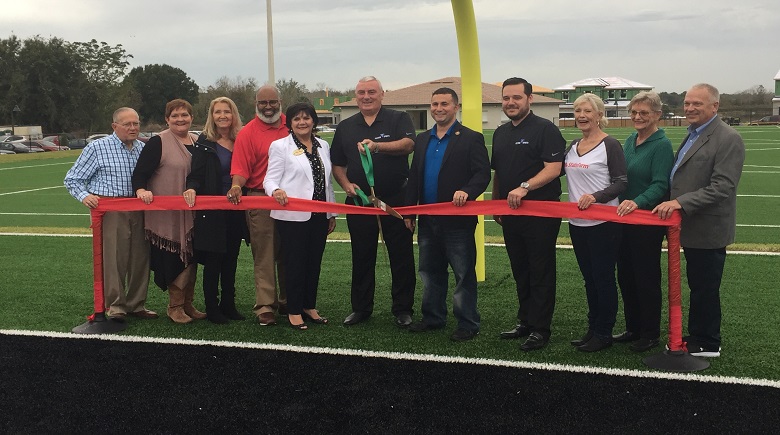 Feltrim Sports Village celebrated its grand opening with a ribbon-cutting ceremony on Friday afternoon hosted by the Northeast Polk County Chamber of Commerce. The ribbon was cut on the main field by local delegates from the city and community, with fireworks being launched shortly after. The marching band from Haines City High School performed live music.

Darren Soto, U.S. Representative for Florida’s 9th District, lauded the village as an investment within the northeast section of the county, an area that has been lagging behind as compared to others such as Winter Haven and Lakeland. 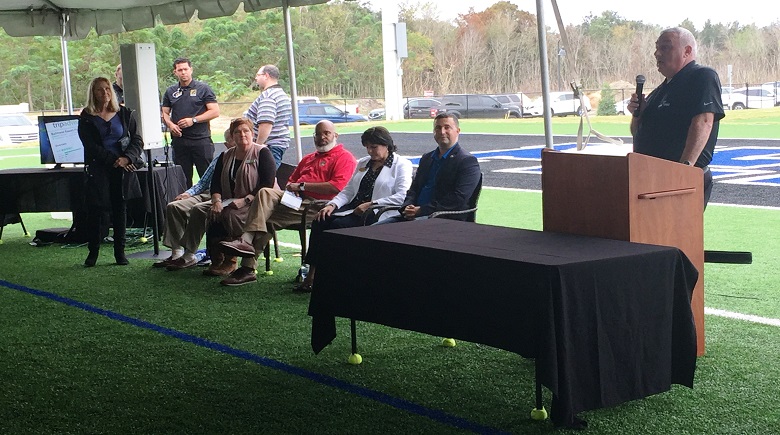 The new facility will help provide a boost in the economy by attracting tourism dollars to Haines City and the surrounding area. Such economic development is what inspires him to help pass bills such as a recent state program that he recently helped to reauthorize, which helps to facilitate local parks and local tourism excursions, he said.

“We appreciate the local funding and the investment to make sure we are maintaining that prosperity that the rest of central Florida has had the benefit of enjoying,” he said. “So we will continue to have your back, and we appreciate the hard work and investment.”

Martha Santiago, Polk County City Commissioner for District 4, also lauded the facility as a great addition to the county, not only as an economic investment, but also as an investment for local children.

“This sports facility compliments…your resort area and it is going to serve as special need in Haines City with our students,” she said. “Education is real important. Our students need to have facilities such as this and participate in facilities like this.”

When she first encountered the facility, she was awe-struck by its sheer size and scope. Not only will it potentially attract tourism by hosting various sporting events, but also impact the local community by stimulating the economy.

“I sincerely believe that this is definitely a game-changer not only for Haines City, Northeast of Polk County, but also for all of Polk County, so we are excited to have this here,” she said.

Deric Feacher, City Manager for Haines City, likewise praised the facility for transforming the city, local area, and the entire county as a whole. This new venue will host major events that will draw in plenty of tourists, and hopefully, potential residents, he said.

“We know that this will be synergy for our community,” he said. “I encourage all of you to engage in dialogue with your friends and family about what will be taking place here because what they are doing here in our community is going to transform everything dealing with sports…and also impact lives, provide educational opportunities for the students.” 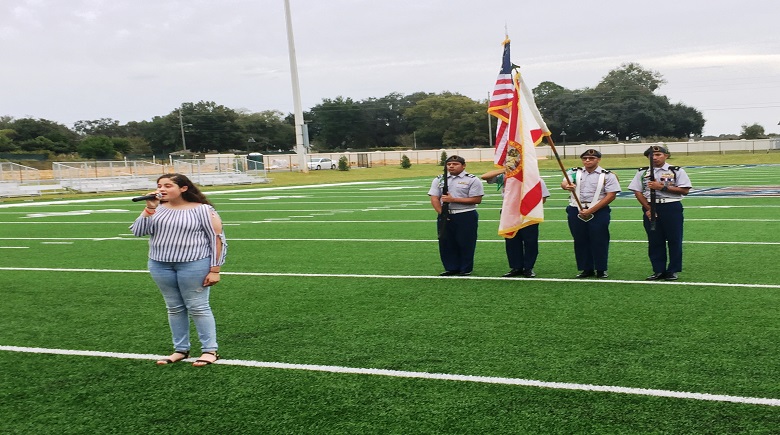 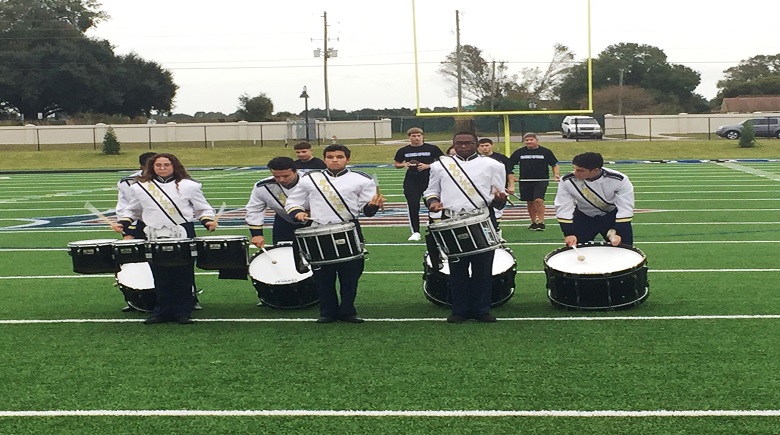 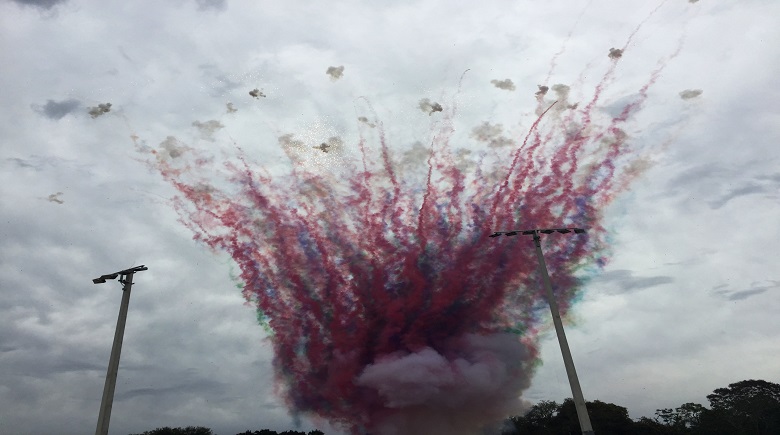