Winter Haven may have “winter” in its name, but during the actual winter, it rarely gets cold enough for the city to become a Winter Wonderland. However, once a year in December, the city imports ice to give local children the opportunity to frolic and play the Eskimo way as they enjoy a Winter Wonderland in Winter Haven.

Once again, the City of Winter Haven allowed children and their families this rare opportunity last Friday during its annual Snow Central at the Chain O’ Lakes Complex.

For the low price of $1 to $2 for admission, attendees could enjoy the white stuff by either frolicking within it and tossing it around during a snowball fight, or sliding down it on an ice slide with an inner tube toboggan. 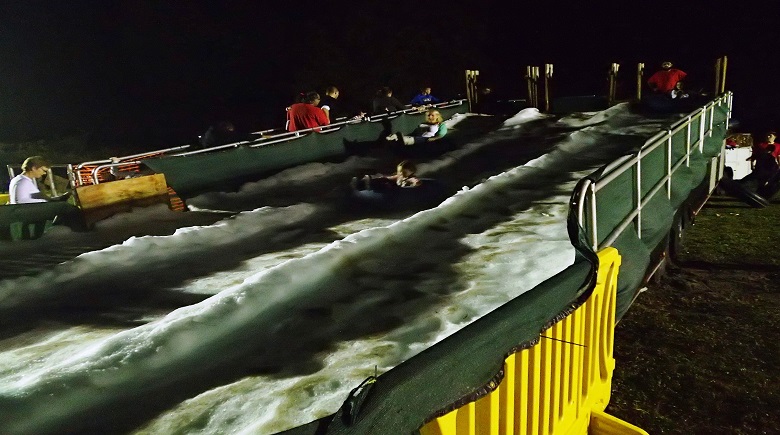 Whether they were playing within the snow in the indoor snow arena or sliding down it on an ice slide, young children were able to celebrate Christmas early by having white snowy fun that only children up North get to enjoy.

Ryon Minter, a local father of two, brought his daughter and son out to the event—or rather, “they” brought him out—for an evening of snowy fun. None of them have been up North, so this was their first time being able to play with snow, he said.

“My kids have never seen the snow, so this is the closest we are getting for a while,” he said. “They love the snowballs for sure. They could not wait to throw the snowballs. They were trying to hit me most of the time. We would do again, for sure…It was fun. I liked it. We enjoyed it.” 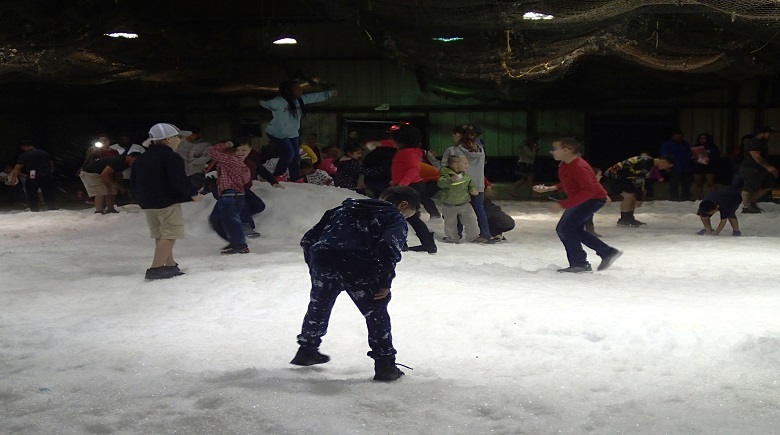 The “snow” is created from ice imported from the Alpine Ice Company. The ice is brought early in the morning, shaved, and fluffed into a white pile within the makeshift indoor area.

During the event, after each set of attendees are permitted to play within it for five to ten minutes at a time, the snow is “fluffed” by staff members to ensure that the snow is soft and fluffy for each and every group of children, explained Marissa Barnes, Special Events Marketing Coordinator.

This is the first time Barnes has hosted the event since stepping forward as the city’s new Special Event Marketing Coordinator. The event itself has always been hosted every year in December; however, due to weather problems last year, that year’s event was postponed until January.

Aside from the snow, the event also offered several food trucks, activities such as cookie decorating provided by local vendors, and, of course, a meet and greet with Jolly Old Saint Nick himself. 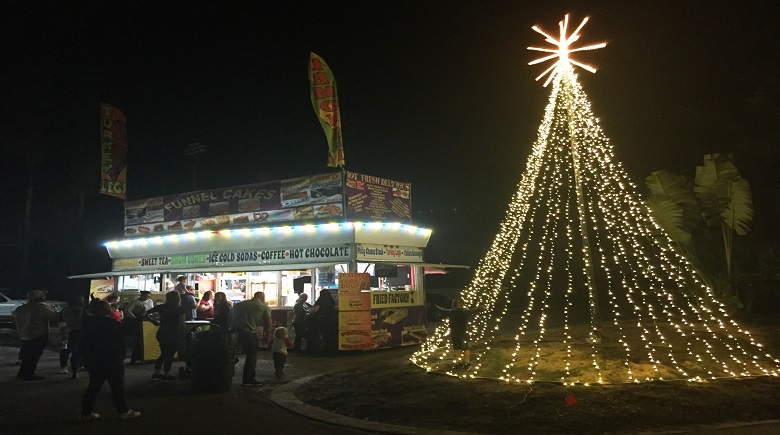 The annual event gives locals the opportunity to enjoy a “White Christmas” that other people up North have the privilege of enjoying. It is an annual tradition that is expected to remain annual for many Christmases to come, Barnes said. 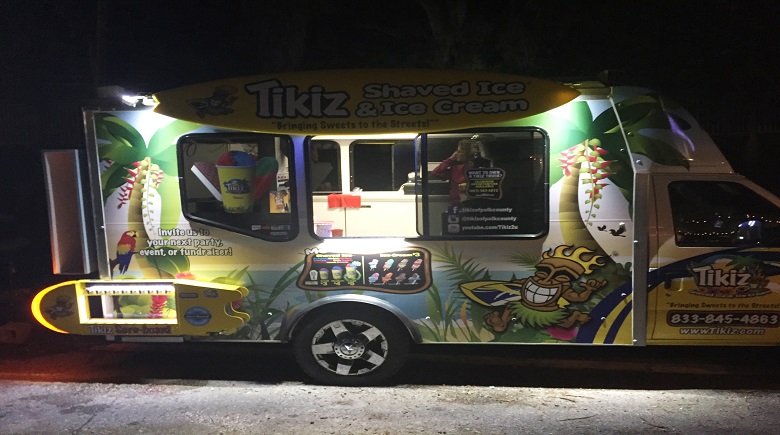 “For Florida natives such as ourselves, seeing snow is something you do not do often, and it is such a delight that the city of Winter Haven allows experience not only for adults like me who do not travel in the winter for those elements, but it is also exciting for the little kids,” she said. “Everybody watches movies and reads books, and wants to experience a white Christmas…Each child gets to see what it is like to play in the snow, to slide down a snow sleigh, it is something you really miss out on if you are a Floridian.” 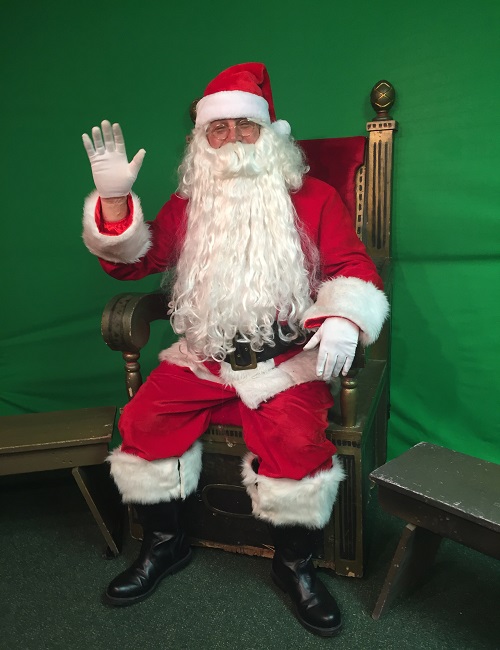 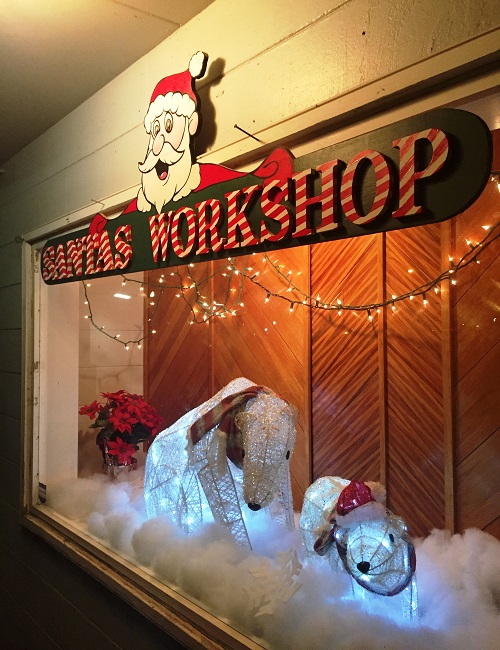 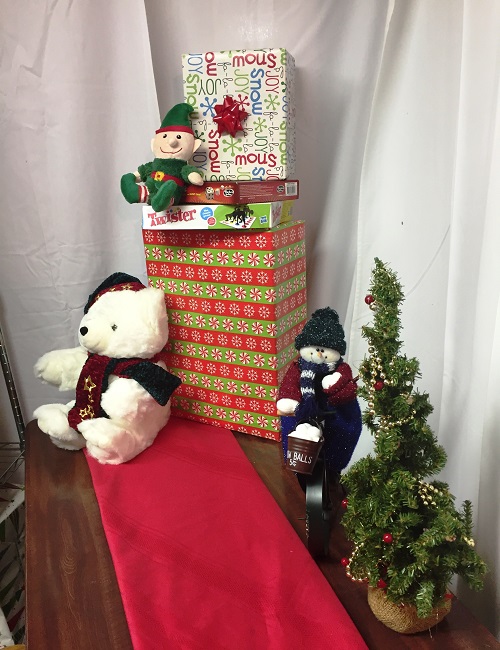