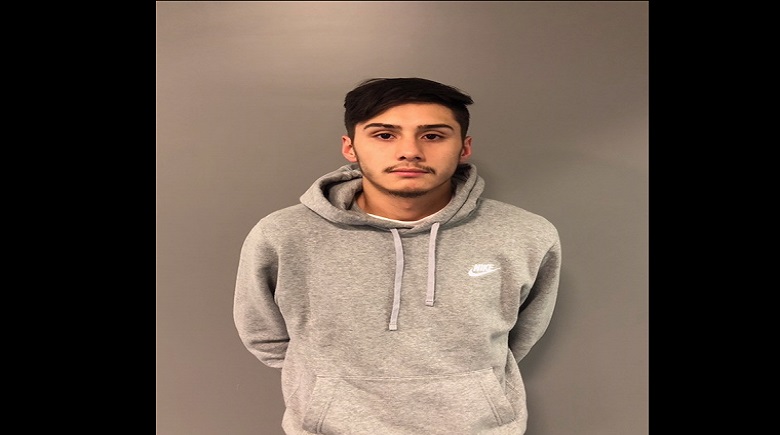 On December 14, 2019, Elias Alan-Arturo Flor (19 yr old, Ave B E, Wahneta) came to the Winter Haven Police Department to turn himself in after he was seen on video at Walmart conducting a lewd act in front of a 12 yr-old child. Flor was charged with Battery and Committing Lewd Act In Presence of Child 16 or Younger.

Flor entered Walmart at 355 Cypress Gardens Blvd. on 12-13-19 around 8:30 p.m. and masturbated on the back of a woman in the toy aisle as a 12 yr-old child who was with her witnessed the act. The woman was looking at the shelves of toys and in the buggy while the child was on the side of the buggy.

Flor is seen on video apparently looking for the right opportunity to commit the act. Although it was a short time-frame, the child saw the act and was distraught. When the woman realized the child was upset and inquired as to the reason, Flor had fled the aisle and out of the store. Management was immediately alerted and law enforcement was notified.

Upon questioning, the child revealed what occurred. Video was retrieved and confirmed what the child reported.

“This situation is absolutely sickening,” said Chief Charlie Bird. “I applaud the child’s bravery to speak up and give details that gave information we could get to the media that assisted with the ultimate arrest of the suspect.”

Officers desperate to identify male who committed lewd act in front of a child at Walmart.

On Friday, 12-13-19 at approximately 8:30 p.m., the male in the photos attached entered Walmart (355 Cypress Gardens Blvd.) and appeared to be looking for someone. He walks around a bit and then goes to the restroom. He exited the restroom and headed to the toy section where a woman and a 12 year-old child were looking at toys.

The man paces the aisle for a short time and walks up behind the woman while her back is turned looking at merchandise on the shelves. The child, who was in the cart, witnessed the man masturbating onto the back of the woman. When the woman turned to the child she noticed the child was obviously distressed. She asked what was the matter and the child told her what the man did. By the time the woman turned to look, the suspect was gone. (The incident was captured on video at a distance, however it is not available at this time.)

Anyone who recognizes this man or sees him in public is asked to call the on duty supervisor immediately at 863-401-2256. Those wishing to remain anonymous should call Heartland Crime Stoppers at 1-800-226-TIPS (8477).