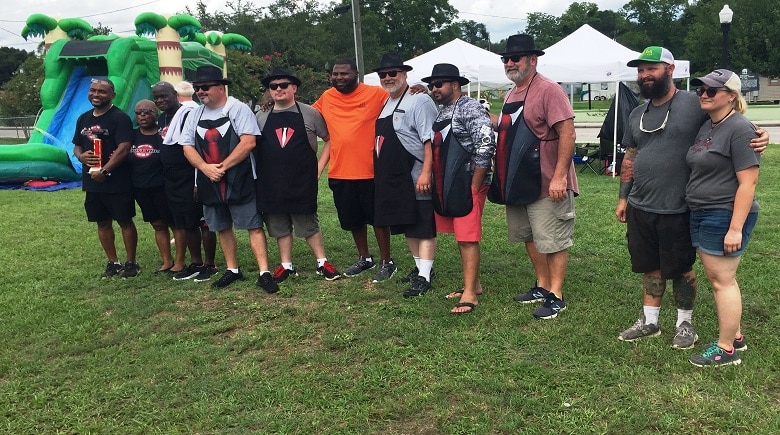 The barbecue team may be named “Mattie B’s Just Ribs”, but as their motto says: “Don’t let the name fool you!” Their team serves up mouth-watering fall-off-the-bone barbecue of all kinds, including pulled pork, chicken, and turkey surprise. 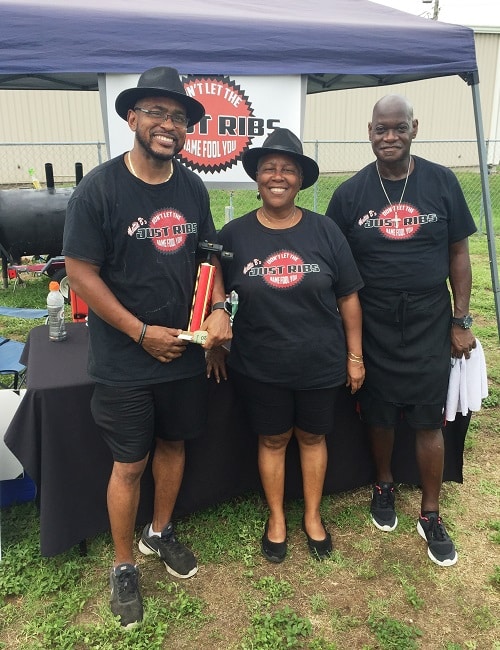 Terry Anderson, the head team chef, attributes the long-smoking process as the secret behind the success of his barbecue. He and his team smoke their meats for a long time over a variety of wood. 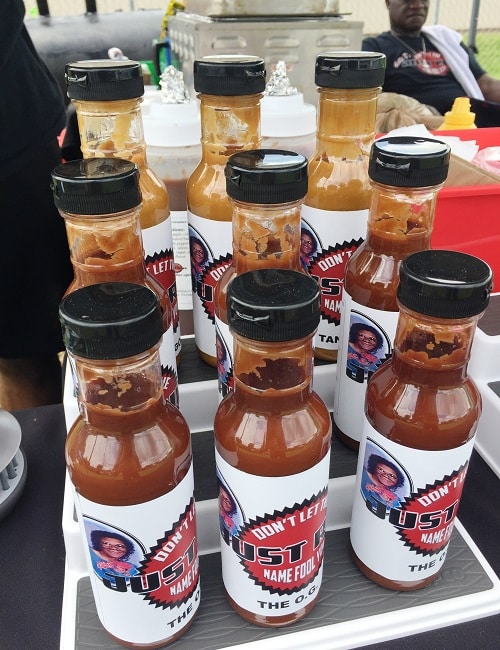 Their patience when it comes to smoking proved to be more than a virtue, as Anderson and his team won first place at the second annual Smoke Da N Tow in Bartow on Saturday afternoon.

Anderson had been barbecuing for more than 30 years. He has been cooking all of his life, being raised in the kitchen and learning his cooking skills from his mother, grandmother, and great-grandmother.

After serving for over 29 years in the Air Force, this veteran decided to serve his fellow countrymen by serving them some of the best barbecue around by starting Mattie B’s Just Ribs in 2012.

This year was his very first participating within a barbecue competition. He decided to start out small by attending Bartow’s annual barbecue competition, Smoke Da N Tow. Competing alongside less than a dozen teams that afternoon allowed him to adequately gauge his skills without completely overwhelming himself, he explained.

“I would say that if you want to understand where you are at, this is a great way for someone to gauge their ability and skill because there are some pretty good teams out here,” he said. “I wish there was more, but these guys have competed elsewhere, so it was nice to see where I stood among my peers.”

For the second year, Smoke Da N Tow allowed barbecue teams to show off their cooking skills to the City of Bartow. Less than a dozen teams congregated on the lot across from the Historic L. B. Brown House Museum, but taking a taste of the food that afternoon proved that the event was more about quality rather than quantity. 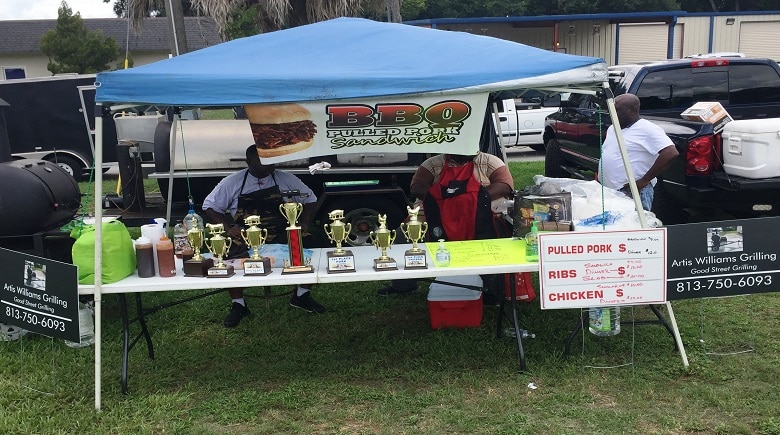 Anthony Nettles, the owner of J&N BBQ and Wings Catering, started the event last year to serve his community in more ways than one. Not only does it allow the city to enjoy a barbecue competition of its own, but also raise proceeds for local charitable causes.

“All the other surrounding cities have their own barbecue competition, so I wanted to bring one here to Bartow,” he said. “What I like most is the togetherness and everybody coming together and having a real good time.”

Proceeds from the event go to the annual Back To School Bash, which helps provide school supplies to local students. This year’s event will be hosted on August 3 at the Carver Recreation Center in Bartow. 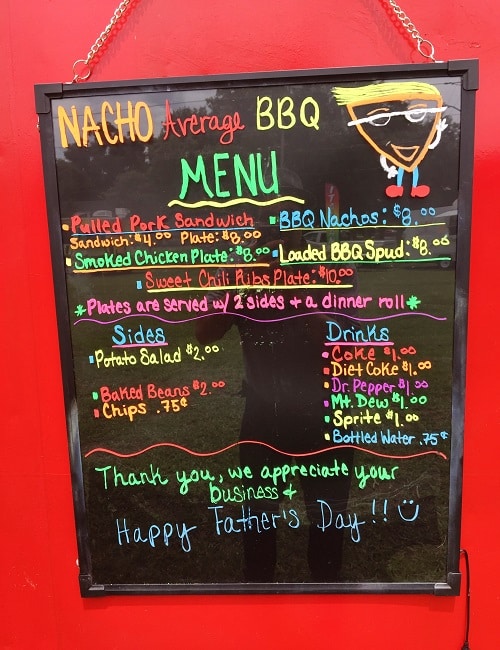 Though the overall event and turnout were small that afternoon, the event continues to grow each and every year. Nettles hopes that this event will continue to grow into quite the community staple, if for no other reason than to continue seeing the smiling faces of people enjoy his barbecue.

“We are continuing going forward,” he said. “We expect to keep growing bigger and bigger, and getting more people involved, and get more communities and officials in so we can make this an official event.”

Sergio Collins, co-owner of Artis Williams Grilling, attended this year’s event alongside his brother. Both of them have been attending since last year, with their team having won first place last year.

Collins has been barbecuing for the past 15 years. His own secret? Adding a touch of love to his cooking, he said. While that “secret ingredient” may not have allowed him to win this year, he hopes to scope out the competition and see how he can improve next year.

“When you love to do it, there is no secret,” he said. “We hope to come back and take down the winners of this year.” 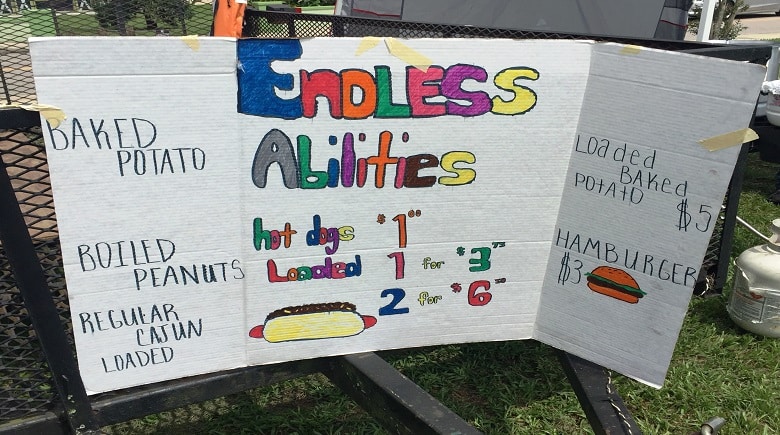 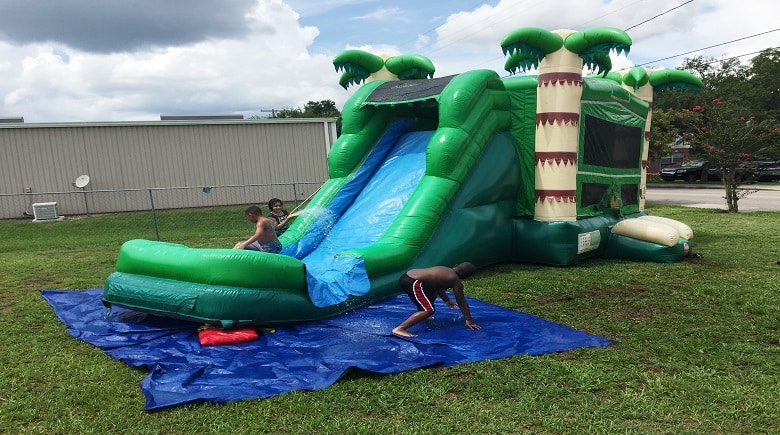