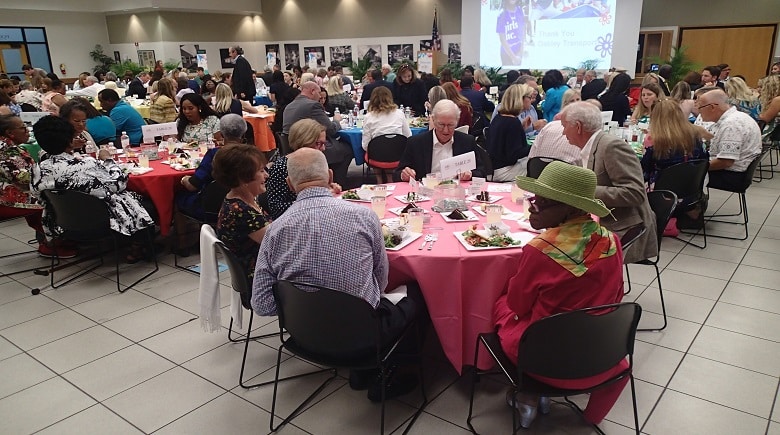 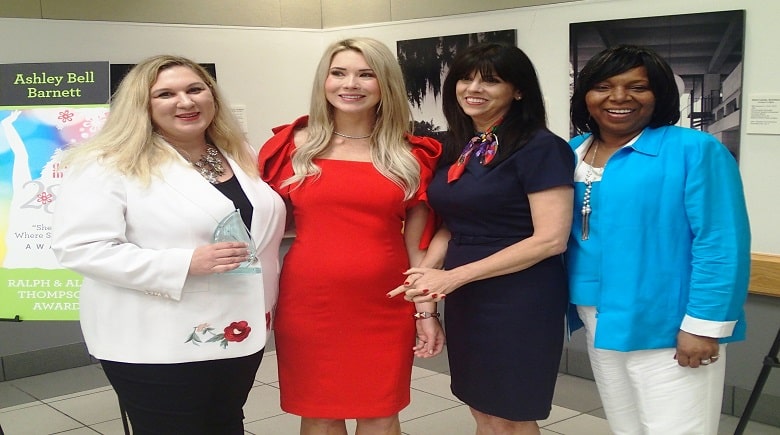 Girls, Inc. hosted their 28th Annual “She Knows Where She’s Going” luncheon on Friday afternoon at Polk State College, where they honored four local women who have made great contributions towards their community.

Founded in 1961 by local humanitarian Virginia Snively, Girls, Inc. (formerly Girls Club of America) serves to help young girls achieve their full potential as women through after school programs that develop them both academically and personally.

Despite their backgrounds, these young girls manage to overcome their personal obstacles and excel within their academic careers. Within the past school year, a high percentage of these girls attend school at a higher rate, receive higher grades and test scores, and receive fewer discipline referrals than their peers.

As Girls, Inc. seeks to empower young girls within the community, they also seek to honor women who embody their program’s core values and serve as viable female role models. This year’s award winners are as follows: 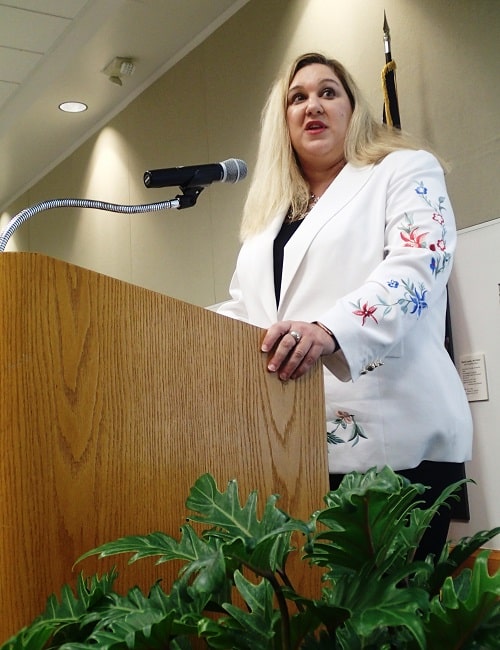 Born in Texas, Pobjecky received her bachelor’s from University of Central Florida and her jurist doctorate from Baylor University School of Law. She is the member of the state bar in Florida, Texas, and Pennsylvania.

Through her law firm, Pobjecky & Pobjecky Global Immigration Law, she has served as an advocate for many immigrants and have helped them achieve the American Dream of becoming United States citizens. She also serves as the immediate past chair of the Florida Lawyers Association, and has been involved with local organizations such as Girls, Inc.

“I am blessed every day because I help individuals achieve the American Dream,” she said. “For many of my immigration clients, success is not measured by the money in the bank, it is measured by the fact that they have escaped poverty or violence. For others, success is surviving another day. Knowing the financial and personal sacrifices so many individuals make to come to the united states, it keeps me grounded, and it motivates me to give back to my community and to help others in need.” 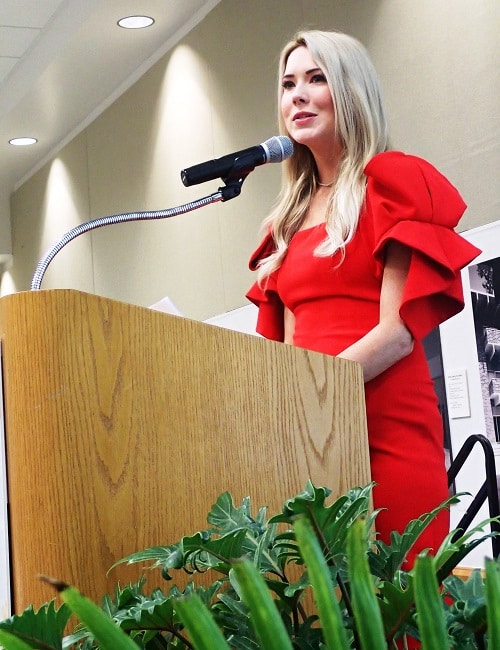 Barnett received her master’s degree from the University of South Florida. After which, she spent five years in California and Texas. She later moved back to Polk County and began her career as an elementary and middle school teacher.

She and her husband are currently raising their daughter, as well as a 16-year-old girl that they have brought over from Latvia following a humanitarian trip to an orphanage. Barnett said she felt moved to serve there, and she has since taken the young girl, Laura, under their wings to put through high school, and hopefully to college.

Barnett possesses the true heart of a servant. When asked to define her best giving moment, she replied that she could not narrow down just one instance, as every instance of giving and service has been a blessing to her.

“Every day is filled with countless opportunities to give,” she said. “It is my constant prayer that God allows me to see through his eyes, to break my heart for what breaks His, to listen with His ears, and to show compassion and empathy towards others and give myself freely, even though I may fail time and time and again. I truly believe you cannot measure one giving moment over another because you will have no idea how the seed of giving will bloom. A single act of kindness can pay it forward to move others, to change lives, to create impact that one can never anticipate.” 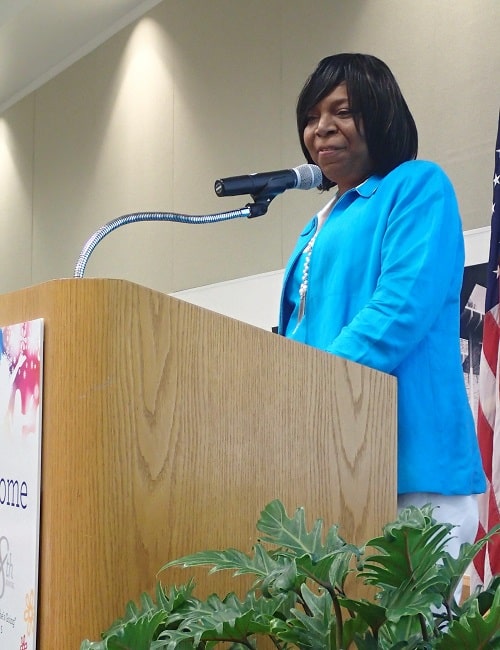 A lifelong Winter Haven resident, Birdsong holds two master’s degree, having previously graduated from both Polk State College and Florida A&M University. Formerly a supervisor with the Department of Children and Family, she now serves as principal of Fred G. Garner Elementary School.

Aside from her career as an educator, she has also helped serve the young people of her community through her service as a Sunday School teacher and as a participant within many local organizations including the Winter Haven Pep Club, Boys and Girls Club, and Winter Haven High School athletics.

Her personal motto in life is that, “If I can help one person on my life journey, then my living has not been in vain.” Throughout her life, she has remained true to that motto through her service to the young people of her community, which she considers to be the highest honor.

“I believe the greatest feeling on this earth is knowing that you have shaped a young life,” she said. “I have the awesome opportunity of tapping into unknown territory…of unlocking the potential in a child, and it is such a wonderful feeling. It is like finding purpose in living.” 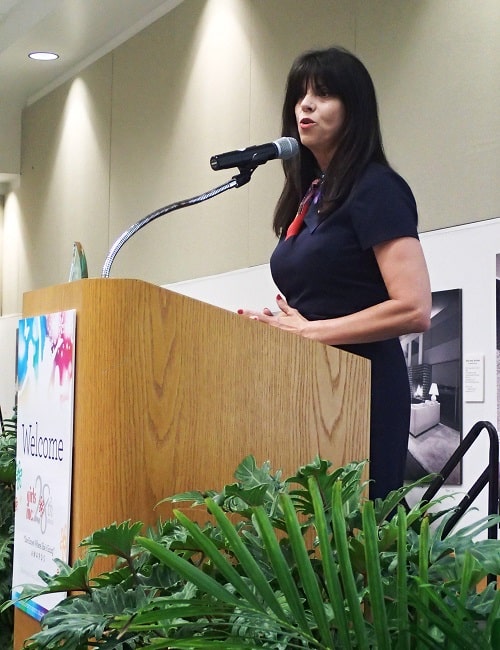 Strang currently serves as the Executive Director of Main Street Winter Haven. Through her organization, she has helped revitalize the downtown area by increasing business opportunity and transforming it into a cultural and social destination.

Her most shining accomplishment has been the revitalization of the Historic Gram Parsons Derry Down, which has allowed the local, historic location to provide a venue for fundraising and concert performances.

She has also given back to her community through her involvement with other organizations such as Florence Villa CDC Banquet Committee, Winter Haven Chamber of Commerce, Winter Haven Economic Development Council.

Having grown up in both the multiculturalism of the big city of Chicago and the small-town home setting within Alabama, Strang has been exposed to many life experiences that has inspired her to shape her own community into the best of both worlds.

“All these things have combined within me, and I think we should look at our community a little differently,” she said. “I consider myself lucky to have such a diverse experience, to be a part where I live a little bit better through volunteering, which seems like the right thing to do.”