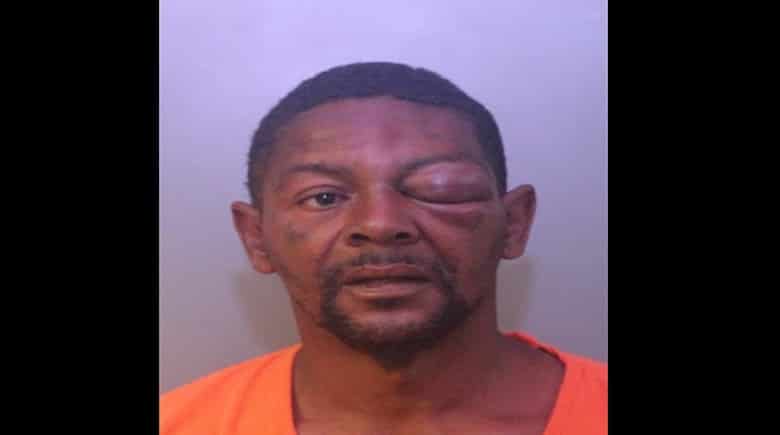 HAINES CITY, FL – A man was arrested late Sunday night after a foot chase and altercation with an officer where the suspect violently tugged for the officer’s gun.

Upon seeing the officer, Belford fled on foot and was caught by Officer Tucker near 1305 Dr. Martin Luther King Jr. Way. Belford, who had an active warrant out of Tallahassee (VOP regarding previous charges), refused commands given by Officer Tucker and initiated a fight, pulling his mic from the officer’s vest and throwing punches.

The struggle ensued in a confined space where Belford began tugging and pulling on the officer’s firearm, attempting to remove it from the holster. Officer Tucker was able to free an arm and deploy his Taser.

The first attempt yielded negative results; Officer Tucker deployed his Taser a second time, which caused Belford to lose his grip on the officer’s weapon. Officer Tucker was able to handcuff Belford.

“Every day, officers stand in the gap between good and evil,” Chief Jim Elensky said. “When a suspect aggressively attempts to gain control of an officer’s weapon, his intentions are clearly for the sole purpose of harming that officer. Officer Tucker was in a fight for his life and I’m beyond grateful that he won this fight.”

Officer Tucker was able to regain use of his radio and call for other units to respond. Belford was taken to Heart of Florida Regional Medical Center where he was treated for minor injuries, cleared and ultimately transported to the Polk County Jail. Fortunately, Officer Tucker did not receive any injuries that required medical attention.

Belford has an extensive adult criminal history in Polk County that goes back to 1993. Belford has served seven different stints in a Florida state prison for crimes including manslaughter, aggravated assault with a deadly weapon, grand theft auto and aggravated stalking. He was most recently released in October after serving more than eight years.

“Our residents deserve to live a life free of Belford and those like him,” Elensky added. “Clearly, his time away from prison was not something he cherished. I’m going to ensure he returns to the gated community that he’s become very familiar with.”