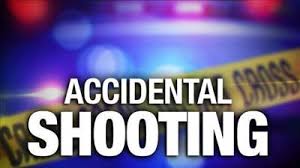 The call for service was listed as an accidental shooting. Deputies and LAPD officers located an adult male being treated by his adult brother (the brother was also the one who called 911). Investigation revealed that the victim heard a noise outside & went to investigate. While the victim was coming back into the house from being outside, his brother heard the sound of someone coming into the home and thought it was an intruder, so he retrieved his firearm which he is legally allowed to own. The brother fired several rounds at who he thought was an intruder before realizing who it was coming into the home. The victim was struck twice, once in his side and once in his leg, and has non-life-threatening injuries. He is expected to make a full recovery.

Everyone has been cooperative and this appears to be an accident, however, it is still under investigation.