Sebring:  T.C. Carr & Bolts of Blue are returning for a second performance at Highlands Hammock State Park on April 13 to play one of the last concerts of the 2019 Music in the Park spring series.  Carr is a highly original singer/songwriter whose style has been influenced by the sun, wind, waves and water of the Gulf Coast.  Known for his exceptional vocals and premier harmonica, he is a virtuoso on the blues harp and considered one of the best harmonica players in the Tampa Bay area and throughout Florida. His reputation extends across the country and Europe and he has received encores from the main stage of the Florida Folk Festival.  T.C. Carr has shared the stage with many musical artists including Gregg Allman and Dickey Betts.  Betts has been quoted describing him as “One of the best I ever heard.”  Carr and his band will bring their high energy show of American blues, roots and swamp music to the Music in the Park stage from 7:00 pm to 9:00 pm. 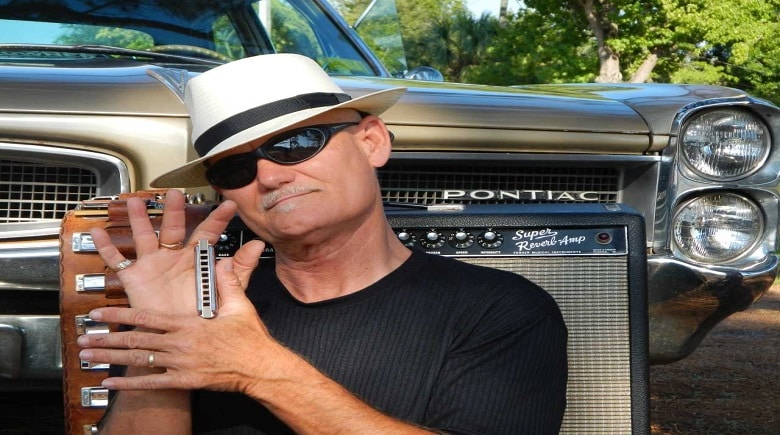 Admission is $10.00 per adult.  Accompanied children ten years old and younger are free of charge.  Music in the Park concerts are sponsored by the Friends of Highlands Hammock, Inc. All proceeds benefit park improvements. Bring blankets, lawn chairs, and flashlights and enjoy an evening of music under the stars.  Food vendors will be onsite.  Golf carts and dogs are not permitted.  Park entry fees of $6.00 per vehicle (up to 8 people) and $4.00 per single occupant vehicle are waived after 6:00 pm on concert nights.  Highlands Hammock is located at 5931 Hammock Road in Sebring.  Call the Ranger Station at 863-386-6094 for more information. 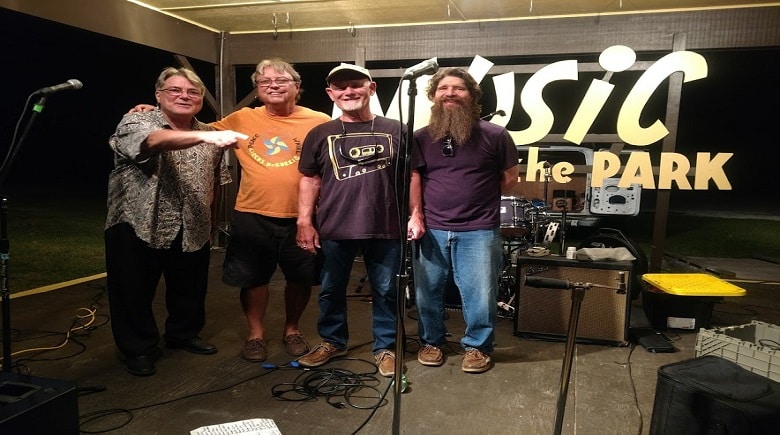 Photo Caption:  T.C. Carr and band members wind down after packing up at the end of their Highlands Hammock concert in April 2018.