Who or what caused the fire remains a mystery to this day, though reports from the state fire marshal revealed that it was potentially a case of arson, according to an article by The Ledger.

Four years later, a new building has been constructed on the site where the old building once stood along State Road 60 near the Lake Wales Airport.

The congregation of more than 20 people commemorated their new building during a dedication ceremony on Saturday afternoon. The ceremony, only a few days before Palm Sunday, was hosted nearly 500 weeks since the old church building was destroyed in the fire, explained pastor Keith Wolfe.

Bethel Baptist Church was originally founded in the mid-1950s within a Lake Wales grocery store, and it managed to gain a following of 120 church members during its peak, reported The Ledger.

Since then, the congregation had since shrunk in size, and its size only diminished further following the fire four years ago. The church had less than ten members after the fire, but has since doubled to more than 20, Wolfe said.

“Even though it is a small congregation, it is made up of really wonderful and nice people, and they have been very faithful and loyal here, and they had the faith that we can rebuild and come back,” he said.

Wolfe himself became the pastor of the church at least one month after the fire. Since then, he and his congregation have relied upon the charity of others to help construct their new building.

“As a very small, poor congregation, the insurance did not cover all of the expenses,” he said. “So we just stepped up by faith and started building.” 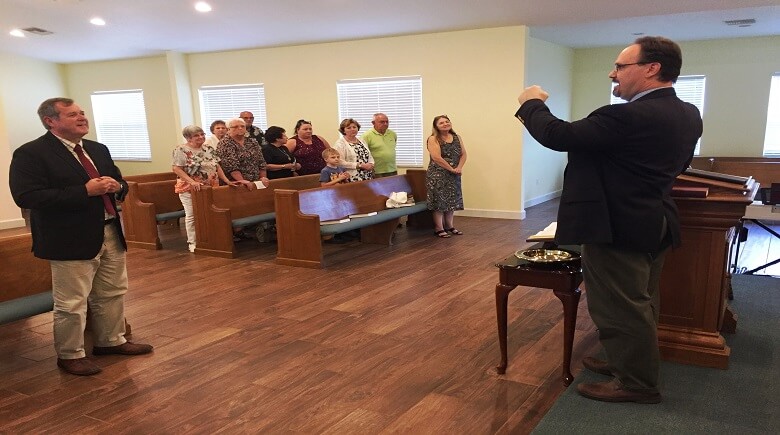 The construction for the new building was funded with a total of $300,000 financed through private donations and an insurance payout, The Ledger reported.

Many churches across the county and even the country donated what little they had to the new church. One Lakeland church donated new pews, while a church in Winter Haven donated new chairs, Wolfe explained.

“We are hoping that the law of attraction will allow people to be attracted to the church, and then when they are attracted, they will want to stay and worship with us here,” he said.

The new building hosted its homecoming celebration on Sunday, with a dedication ceremony hosted the previous day on Saturday afternoon.

During the ceremony, pastors from across the county arrived to help dedicate the pulpit, altar, sanctuary, and congregation as to help better facilitate the service of the Christian faith. 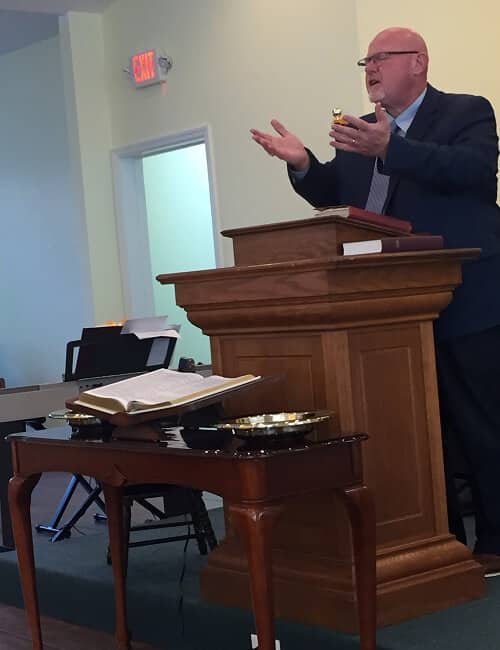 Michael Petty, a member of the Ridge Baptist Association, led the prayer dedicating the sanctuary. He mentioned how a building does not necessarily make a church, but that a church would necessitate the need of a building for their fellowship.

“It does not take a building to be the sanctuary of God, but in our society today, the buildings are certainly beneficial,” he said. “I can tell you, even in a third world country, as soon as they get to a [certain] place…they build a building, even if we would consider it somewhat of a shack. They build a building so that they will have a space. Displace this space that is dedicated as the sanctuary of God.” 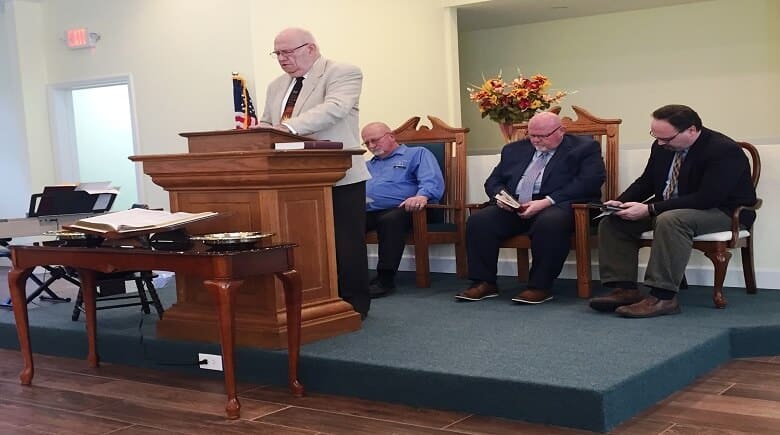 Jerry Brown, Pastor of Central Baptist Church, led the prayer dedicating the pulpit. He preached about how the pulpit served as the place to spread the Word of God, and as such, only that which glorifies God’s Word should be preached from it.

“If the presence of God is not in this pulpit…if God is not in it and sounding forth in it, then all the labor and trial you put in it is in vain,” he said. “If the power of the Holy Spirit is not here, then everything you have done from it is vain. If the proclamation of Jesus Christ is not the most important thing in this pulpit, then everything you have done is in vain. The lights are on, but ain’t nobody home if God isn’t in it.” 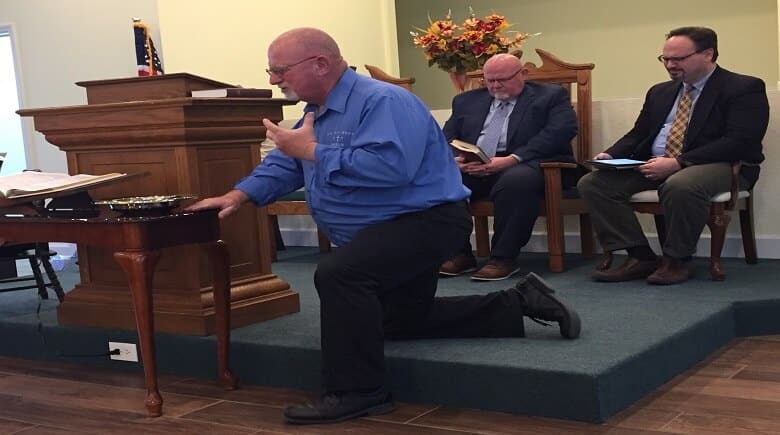 Roger Quarles, Pastor of Oak Park Baptist, led the prayer in dedication to the altar. As the altar is where sacrifices to God were provided, we as congregation members much approach it and offer our all to it, he said.

“When we come up to this altar, we are presenting ourselves to God,” he said. “But even when there is not an altar to be at, you still need to present yourselves to God…If you will submit to God, you will see this church grow. If you don’t do that, you might as well bulldoze this and turn it into a corn field.”

Steve Harness, Pastor of First Family Baptist in Winter Haven, led the prayer in dedication to the congregation. As the church has been called forth to preach and live the Word within the world, the church must do it’s best to do so privately, publically, and effectively, he said.

“Preach Christ everywhere effectively,” he said. “We cannot proclaim Christ effectively if we do not stand right publicly and act right privately.”