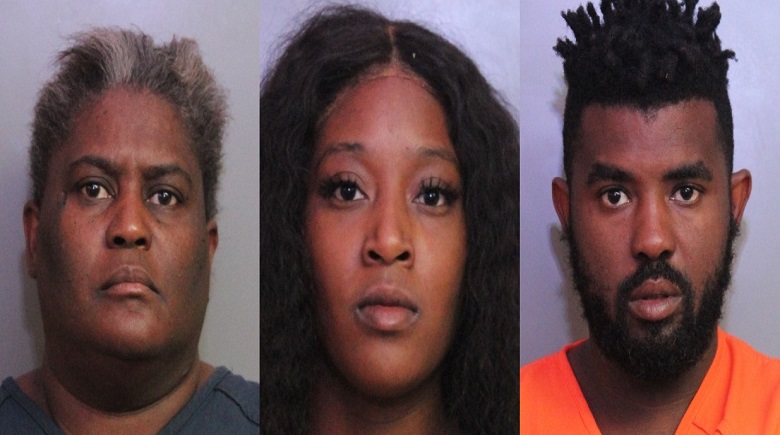 HAINES CITY, FL – In a collaboration between the Haines City Police Department and Polk County Sheriff’s Office, about 1 ½ pounds of methamphetamine and two pounds of marijuana were seized during the execution of a search warrant at 1310 Temple Court overnight Thursday.

Three guns were also found at the location, but none of which had been reported stolen. Three arrests were made during the process.

Rhodes has 27 prior arrests in Polk County, with charges including armed robbery, grand theft auto, threats to harm a public servant, firing a weapon in public, false imprisonment and domestic battery on a pregnant person among other charges. He was last released on Jan. 28 for an October 2018 arrest for domestic violence charges of aggravated battery on a pregnant person, battery by strangulation and false imprisonment in addition to possession of marijuana.
Rhodes also has multiple stints in a Florida state prison. He was most recently released in late June 2017.

“The system has been very forgiving to Mr. Rhodes,” Chief Jim Elensky said. “Despite being given chance after chance, Mr. Rhodes unfortunately has not found the reform he’s needed with this system. It’s our hope that he’ll have a significant amount of time to self-reflect on his egregious behavior in prison.”

“The safety of the surrounding community was of the utmost importance in this case,” Elensky said.

“Hopefully not having to live next to a drug house filled with weapons and a violent habitual offender will give neighbors the peace of mind they need and deserve.”