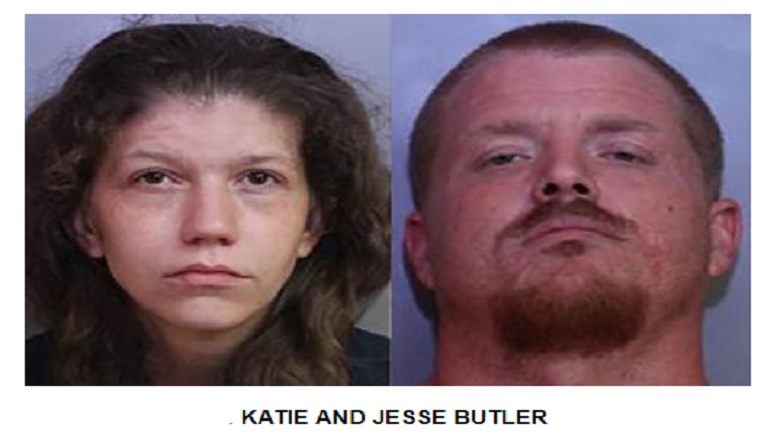 The investigation began after detectives received a tip from NCMEC (National Center for Missing and Exploited Children) that a video containing child pornography was uploaded and sent by Jesse Butler via Facebook Messenger, and sent to Katie Butler on December 23, 2018.

Detectives executed a search warrant at the couple’s home Thursday. During an examination of their electronic devices, over 40 images and videos depicting child pornography were found on Katie’s cell phone. The images and videos consisted of male and female children between the approximate ages of 2 and 12 years.

During the search, detectives also found drug paraphernalia and baggies containing methamphetamine residue throughout the residence.

“At this time, the identities of the children in the images is unknown. Our detectives will continue their work to determine if there are any more images, and if any of the victims are local” – Grady Judd, Sheriff

Katie Butler has been charged with 40 counts of Possess/Control/View Child Pornography (F2), Possession of Controlled Substance (F3), and Possession of Paraphernalia (M1).

The couple had access to small children, but at this time in the investigation, there is no indication that any of those children were involved with the child pornography. The investigation is ongoing.

The Butlers were transported to the Polk County Jail.