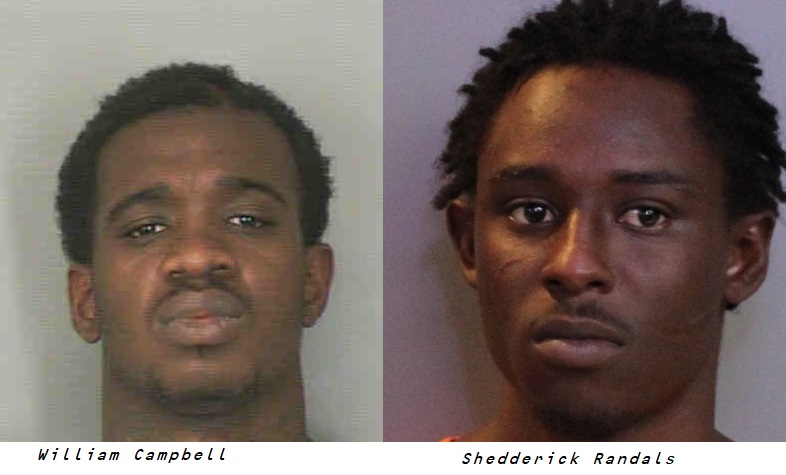 According to the affidavit, the suspect and the inmate are housed in the building and dorm where those charged with serious felonies are kept. While detention deputies were making rounds and doing security checks around 3:00 p.m., they encountered Campbell standing in his cell doorway with what appeared to be blood on the back of his uniform shirt. When the deputies asked about it, Campbell replied, “I have a nose bleed.” Deputies saw a wound on Campbell’s back where the blood was, and escorted him to the jail infirmary to be examined. Jail medical staff found nine stab wounds at the top and center of Campbell’s back, and determined he needed to be transported to an area hospital.

Deputies interviewed Campbell, who told them that Randals grabbed him by the arms and pulled him into Randals’ cell, and then punched him in his face and ribs until he fell on the ground. Once Campbell fell face down on the ground, Randals stomped on his head and then Campbell felt something enter his back, and he saw blood. The attack ceased when Randals heard deputies approaching.

After the attack, deputies locked down the dorm and observed Randals in his cell wiping up blood with a white towel. He was placed in a holding cell and a thorough search of the dorm was conducted. Deputies located the “shank” – a sharp object wrapped in strips of a torn sheet to form a handle – hidden inside a pair of sneakers in the immediate area where the attack occurred.

Campbell is being treated at a local hospital for his non-life-threatening wounds. He is in stable condition.

Campbell was arrested by PCSO on October 25, 2018, for grand theft of a firearm, carrying a concealed firearm, armed burglary, burglary, conspiracy to commit burglary, and criminal mischief, and is being held on no bond. His criminal history includes 19 prior felonies and 8 prior misdemeanors, including arrests for felony battery, battery on a LEO, battery domestic violence, carrying a concealed weapon, burglary, criminal mischief, giving false ID to LEO, VOP, and FTA.

Randals was arrested by Auburndale PD on May 30, 2017, for robbery, trespassing, burglary with battery, and resisting arrest, and is being held on no bond. His criminal history includes 29 prior felonies and 17 prior misdemeanors, including arrests for robbery, attempted armed robbery, burglary with battery, resisting arrest, burglary, trespassing, possession of marijuana & paraphernalia, indecent exposure, forgery, grand theft, giving false name to LEO, VOP, and FTA.