Auburndale Man Arrested For DUI; Gets Combative with PSCO Deputy 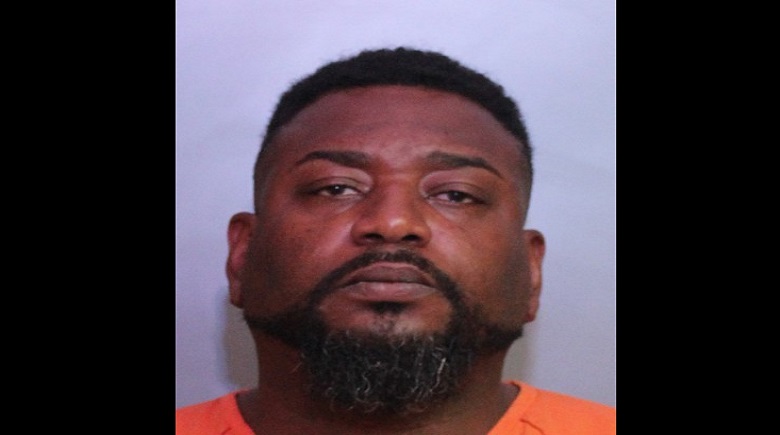 On Saturday, February 16, 2019, around 11:00 p.m., a PCSO deputy responded to the intersection of Socrum Loop Road and Lakeland Highlands Boulevard to assist Lakeland Police with a possible intoxicated driver who reportedly fell off his Harley motorcycle while attempting to ride it.

When the deputy arrived, he detected a strong odor alcohol coming from

38-year-old Asa Dykes’ breath. Prior to the deputy’s arrival, the LPD officer on scene had removed a large knife from a sheath and a semi-automatic handgun from a holster on Dykes’ belt. Mr. Dykes had a valid concealed weapons license from Georgia.

Dykes failed a field sobriety test and was arrested. A hand rolled marijuana cigarette was also found in his shirt pocket.

While being transported to book-in, Dykes became very agitated in the patrol car. He began screaming profanities and started kicking the passenger side rear door. The deputy pulled over to attempt to get Dykes back in the seated position. As he attempted to re-seatbelt him, Dykes kicked the deputy in the groin area with his right foot striking his right inner thigh. The deputy was able to get Dykes under control and held him until other deputies could arrive to assist and secure Dykes back in the patrol car.

Upon book-in, Dykes was still combative and it took four detention deputies to help remove him from the patrol vehicle and place him into a cell in the booking center. Dykes is charged with DUI (M-1), battery on a law enforcement officer (F-3), resisting with violence (F-3) and possession of marijuana less than 20 grams (M-1).

“It took a collaborative effort from Lakeland Police and our deputies to get Mr. Dykes arrested and taken to the county jail before he could hurt someone. Mr. Dykes turned a misdemeanor DUI arrest into something much more serious-all he had to do was behave.” -Grady Judd, Sheriff