Both students were two of six graduating seniors from Haines City High School and Ridge Community High School who had applied for the scholarships, which were presented by the Haines City Northeast Revitilization Group and the Ovation Bistro Foundation. They, along with the other four remaining students, also received a certificate, as well as a $50 gift card from the Ovation Bistro Foundation.

As part of their application, each student had to write a 500-word essay that included quotation from Martin Luther King, Jr., send in their high school transcripts, and perform community service. 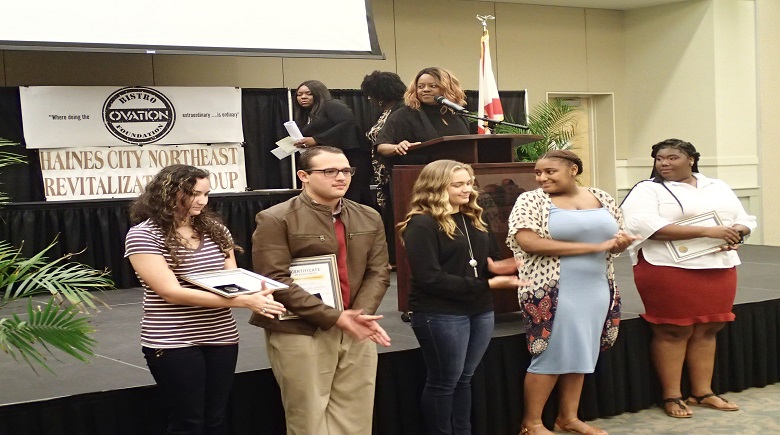 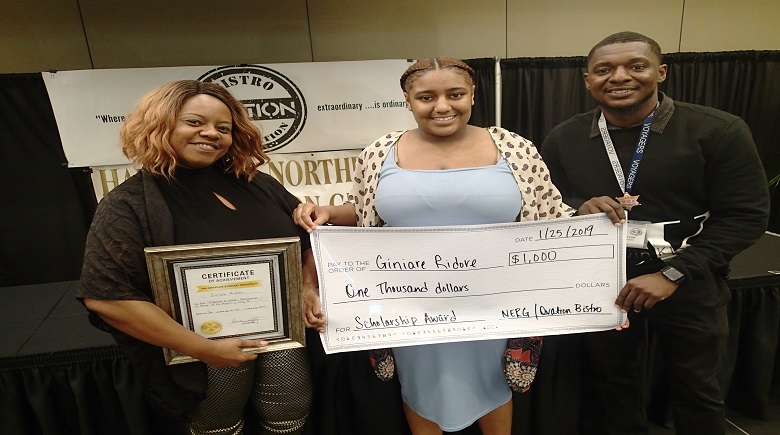 Giniare Ridore is a dual-enrolled student in Haines City High School and Polk State College. She currently has a GPA of 3.5. She is also the president of the Student Government Association, editor of the Youthful Chief, the softball team manager, student secretary and Delta GEM for the Lakeland Chapter of the Delta Sigma Theta sorority.

With this being her first scholarship, her plan is to attend Florida A&M University in Tallahassee and study psychology and African American studies. She could not have achieved what she has thus far without the support of her mother and sister.

Brooke Bower will be potentially be graduating valedictorian with a GPA of 4.65. She has been a member of the girl’s tennis team for four years, as well as the captain of the weight lifting team. 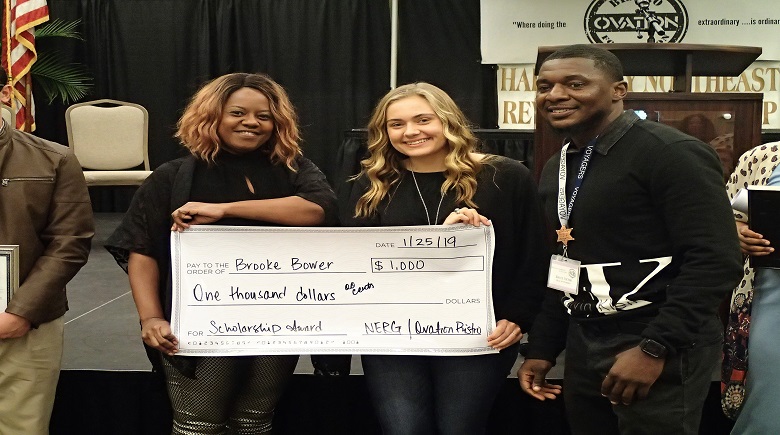 With her scholarship, she plans on attending Florida Southern College to major in accounting. She owes everything she has to her parents, especially her mother, who pushed her to achieve straight As.

“I am beyond honored to be able to receive this scholarship,” she said. “It is the first that I have received thus far, and it really encourages me to work hard and be the best that I can be.”

This event was hosted by Haines City Northeast Revitilization Group in conjunction with the City of Haines City’s weeklong Martin Luther King, Jr. Celebration. As such, the event included an inspirational video of MLK Jr. speaking on the importance of perseverance even in the face of adversity.

Opening that morning’s event was Keva Harris, retired captain of the Haines City Police Department, who opened with prayer and the pledge of allegiance. Catering the brunch that morning was Elite Catering Co., which served a meal of chicken and waffles, sausage biscuits and gravy, eggs benedict, and roasted potatoes. 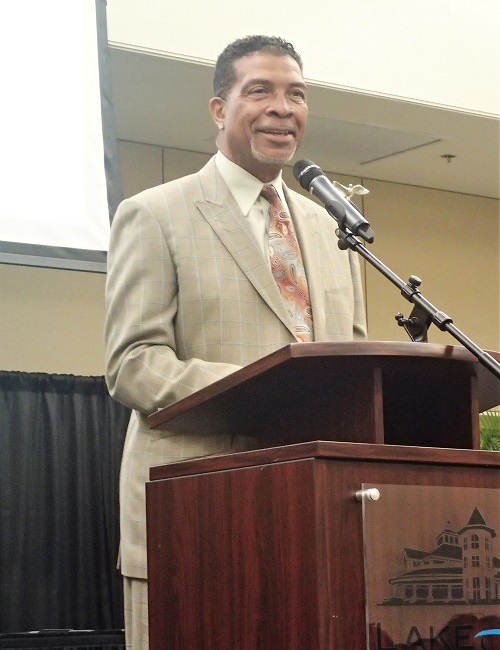 Claude Holmes, Jr., director of Holmes Funeral Directors, served as the keynote speaker. He told his story about how he was initially addicted to drugs and served in prison twice before eventually turning his life around for the better. 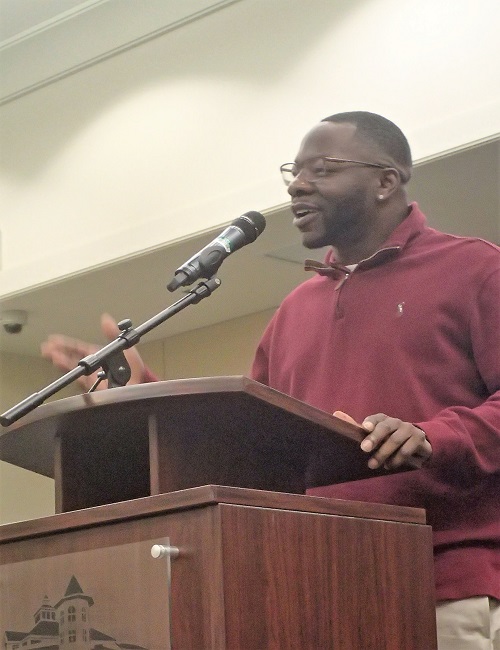 Also offering words of inspiration were two other speakers who spoke of their college experiences. Mr. Randy Penick, president of the Northeast Rattlers, mentioned how he managed to make something of himself, despite starting his college career making, “The biggest mistake this side of the United States.”

Upon graduating high school in 1998, he went to attend the University of South Florida. Only three months into his first semester, he learned that he was going to become the father of triplet daughters, he said.

He decided to quit college and get a job to support his new family. He would inevitably return to college to receive his education while juggling his family life. He has since become quite the success despite his early stumble, he said. 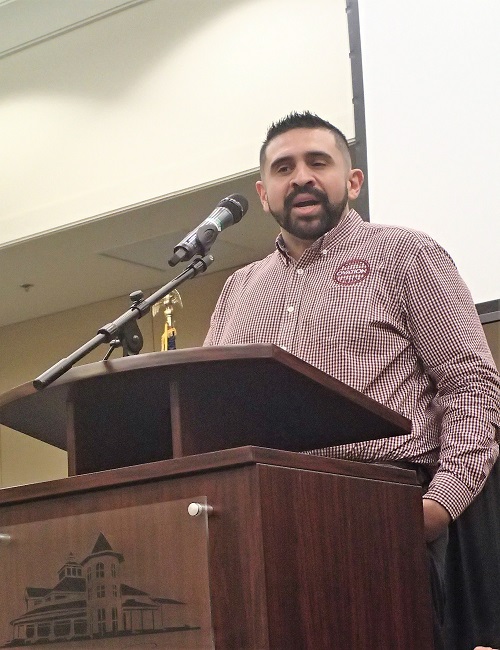 Joel Rodriguez currently serves as the owner of The Ovation Bistro and Bar in Davenport, Lakeland and Winter Haven. Initally, he wanted to be a banker. So he joined the army for ten years to receive money for college, graduated college, and worked at Outback Steakhouse before becoming a banker.

Only two days into his “dream” job, he realized he hated it. He remembered having a better time working in food service. So he returned to Outback Steakhouse and gained enough experience to start his own resturant chain.

As such, even if you find out that your dream really isn’t your real dream, it’s never too late to make a course correction in your life to rediscover your true dream, he said.

“So it is a long road, and you are just starting,” he said. “So work hard, focus on what you want to do, and God Almighty will take you where you need to be.” 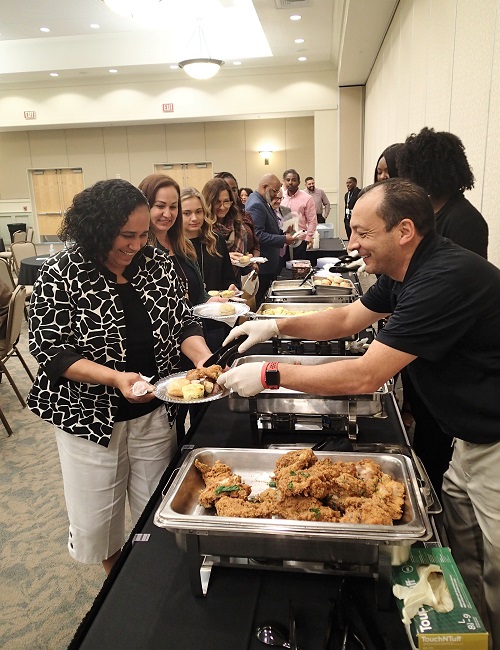 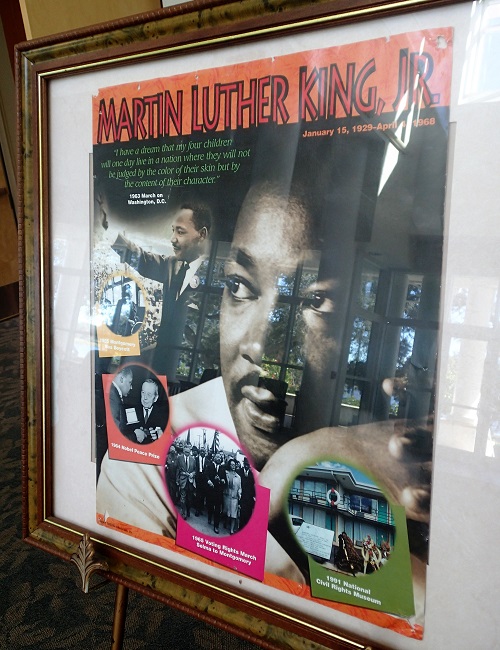