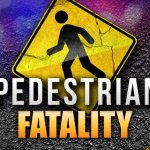 Dundee, Florida – The Polk County Sheriff’s Office responded to a traffic incident early Saturday, January 19,2019 at 12:30am. According to reports a pedestrian was struck and killed on Frederick Avenue in Dundee. A woman headed home from work ran over a man laying in the road. The man has been identified as James Allen Reynolds, 49. The driver couldn’t tell what was in the roadway, thinking it was a bag. The driver did stop at the scene. Authorities do not believe Reynolds was struck before being struck by the woman. At appears the man was lying down in the roadway.

The driver showed no signs of impairment and no charges had been filed at the time of this article. An autopsy is being performed and the incident is still under investigation.