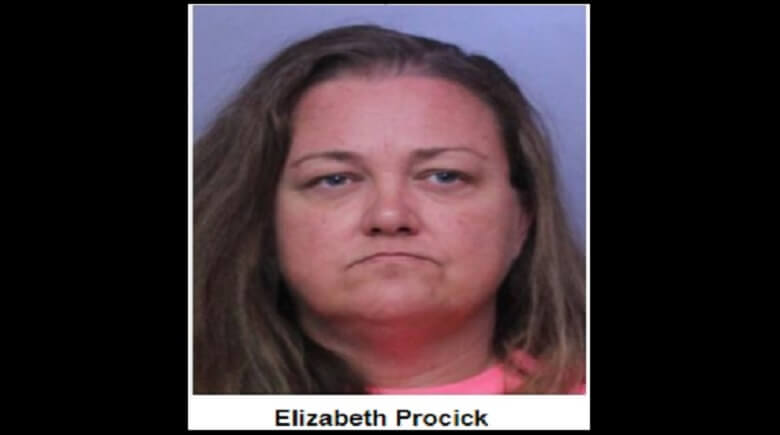 On Saturday, January 5, 2019, PCSO deputies responded to a single vehicle crash involving an intoxicated driver at Highway 60 and Breen Road in Lake Wales around 1:20 a.m. The car was in the center median in the roadway.

They found the driver, Elizabeth Procick, 41, climbing out of on opening in the windshield. When deputies started talking to her, they observed she was slow to speak and began slurring her words.

Procick was determined to be driving under the influence based on a field sobriety test. She was arrested and charged with DUI with property damage.

Procick is employed as a nurse at Central Florida Healthcare in Winter Haven.

“Ms. Procick is lucky she didn’t hurt anyone or herself because of her actions.” – Grady Judd, Sheriff.