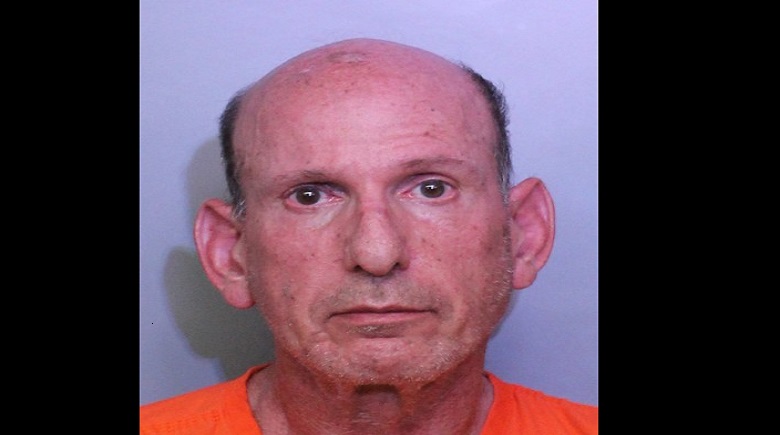 On Sunday evening, December 9, 2018, Polk County Sheriff’s deputies arrested 65-year-old Jay Gorberg of Kissimmee for 1 count battery domestic violence on person 65 years or older (F3), 1 count aggravated assault (F2), 1 count false imprisonment (F3) and 1 count resisting arrest (M1), when he battered and threatened to kill his wife, who is also 65 years old.
According to the affidavit, around 9:30 a.m. that morning, Gorberg’s wife ran out of their shared residence screaming for help and shouting, “He is trying to kill me.” A neighbor called PCSO, and when deputies arrived, they learned Gorberg threatened his wife with a knife, choked her, and slammed her into a wall. He also attempted to place handcuffs on her and wrap a rope around her neck, but she was able to escape and run outside.
He refused to exit the home for an hour-and-a-half after deputies arrived on-scene. Gorberg’s wife told deputies that he is a retired law enforcement officer from New York. Once he surrendered to deputies, he was placed under arrest.
In light of the threats made and the suspect’s readily available firearms, he surrendered his weapons and ammunition to a family member who does not live with the couple, for safekeeping.
“We appreciate the victim’s neighbor seeing something, and saying something, so that we could respond and help intervene in what could have been a deadly situation.” – Grady Judd, Sheriff
December 12, 2018