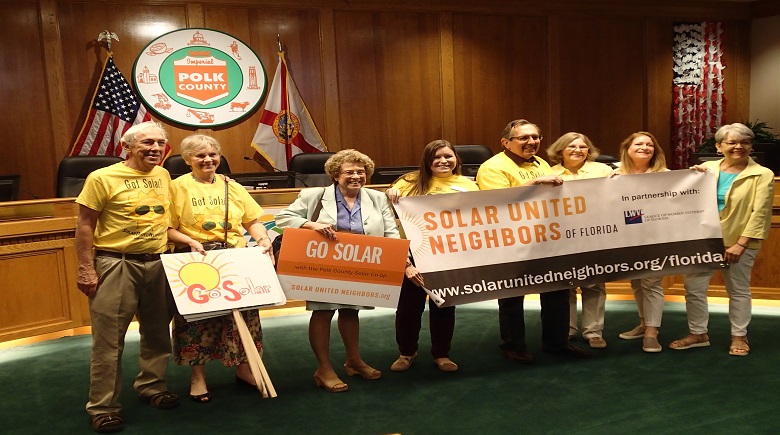 Four years ago, Charlene Bennett installed solar panels onto the roof of her Lake Wales home. The savings she has received since then have been nothing short of tremendous.

Now she pays only about $10 on her monthly bill, saving up to $100 per month, she told ABC Action News.

Even though the savings are most beneficial, the greatest benefit to her has been the reduction of her carbon footprint.

As someone who installed solar panels on her roof and owns a hybrid car, she cares about creating a more sustainable future for future generations. 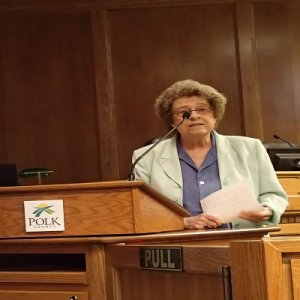 “All of us who live on this planet for a lifetime draw sustenance from that planet and from that life in a variety of ways,” she said. “Nobody has the right therefore to live selfishly and trash the planet for their descendants. Every generation needs to plan ahead and live sustainably for those to come.”

Bennett shared her experience owning solar panels during the official launch of the first solar cooperative within the county on Wednesday at the Polk County Commission in Bartow.

“It is a buyer’s coop, an opportunity for homeowners in Polk County to band together and get a less expensive price for an installer and also to be assisted in the technical issues of how to be an installer,” explained Rick Garrity, the Solar Panel Committee Member for the Leauge of Women Voters of Polk County.

A collaborative effort between The Leauge Of Women Voters of Polk County and Solar United Neighbors of Florida, the new cooperative will allow homeowners the opportunity to seek potential contractors to install solar panels at an affordable rate.

Solar United Neighbors has helped start more than 30 other solar cooperatives within the state. The most recent was started nearly a year ago in Hillsborough County, which attracted more than 330 homeowners, Garrity said.

With overall rooftop solar panel prices having significantly dropped, and the federal government currently offering a 30 percent tax credit for their installation, now more than ever is the best time for homeowners and businesses to make an investment in solar, Garrity said.

“We know there is a lot of interest out there,” he said. “So if anybody is interested in solar panels, this is an opportunity to get assistance from non-profit for the best properties.”

Within the past 40 years, Polk County, along with the rest of Florida, has experienced significant growth.

By the year 2040, Polk County’s population is expected to reach one million permanent residents. This growth in population will likewise bring about a growth in the consumption of energy, thus expediating the need for new renewable sources such as solar, Deardroff said.

“If you want to make a difference, it is really the individual who will make the difference, and that number one is an important number,” he said.

Despite Florida being nicknamed “The Sunshine State”, efforts to help local citizens transition to a more sustainable and renewable energy source like solar has been stymied by big government and business, explained Susan Glickman of the Southern Alliance for Clean Energy.

Having spent the past 19 years working with state legislators in Tallahassee, Glickman has worked tirelessly to ensure that the average citizen has the opportunity to power their residences with the energy source of their choice.

Such consumer choice has been stifled within the state, which is one of four states within the country that forbids homeowners from buying electricity from any company other than their government-assigned utility company.

Glickman hopes to inevitably removed such government red tape, and considers solar cooperatives such as this the first steps towards allowing residents to achieve such freedom within consumer choice.

“We here in Florida have not been in the game,” she said. “We know we are the Sunshine State, we have the best solar resource in any state east of the Mississippi, but because of the way the utility model has been constructed over the years, they have blocked the sun and have blocked families and businesses from accessing solar.”

Solar United Neighbors will be hosting an information session on October 4 at Bartow City Hall, located at 450 N. Wilson Avenue in Bartow.

On October 6 and 7, a National Solar Tour will also be hosted to allow attendees to visit homes with solar panels and learn about the benefits of such investments. For more information, visit http://bit.ly/polkcountysolartour

For more information on the cooperative, visit their website at http://www.solarunitedneighbors.org/polk 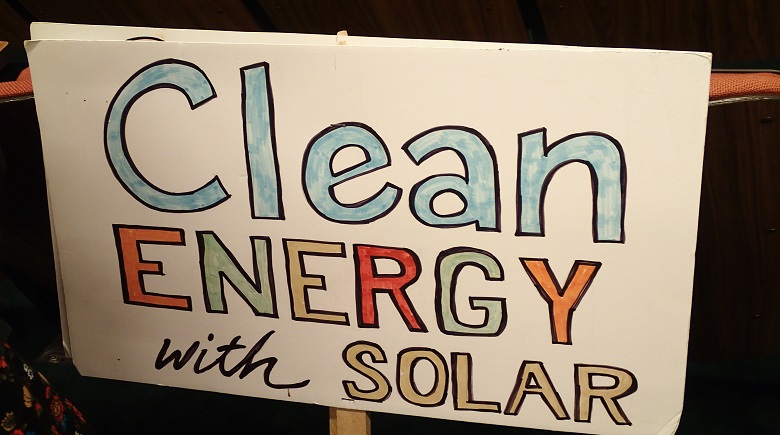