Pride In The Park Celebrates LGBT Diversity For Fourth Year

Pride In The Park Celebrates LGBT Diversity For Fourth Year 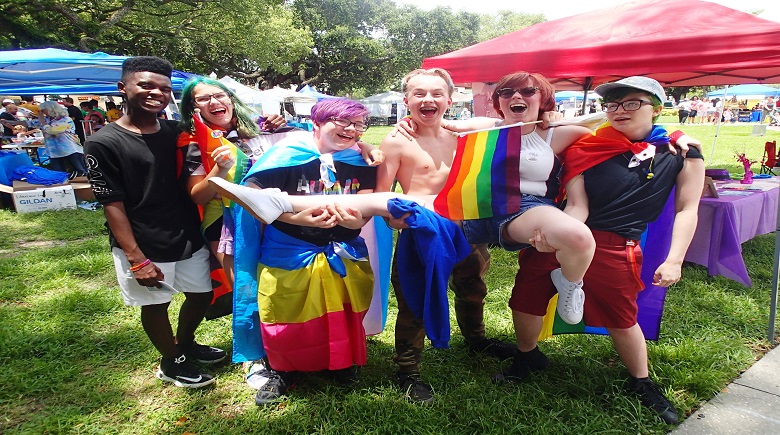 More than three to four hundred people flocked to downtown Lakeland on Saturday to share their pride and show their true colors during Pride in the Park.

Hosted by Polk Pride, a local LGBT group created by the Lakeland Youth Alliance, the annual festival has been hosted to celebrate LGBT Pride Month with various family-friendly activities including live entertainment, vendors, and food. 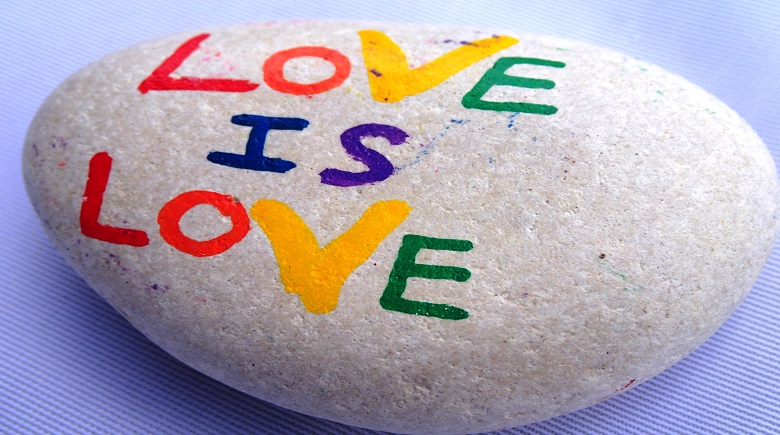 The main stage within Munn Park hosted live entertainment, ranging from live music performed by artists such as Halcyon to the annual drag fashion show contest.

Meanwhile, the adjacent Tennessee Avenue was filled with various vendors and food trucks, along with a car show hosted by a local LGBT car club.

This event was one of many that week, which included Pride for Youth on Wednesday, Pride in Faith on Thursday, Pride Kick-Off on Friday, and Pride after Dark later that Saturday evening.

For the past four years ago, Pride in the Park has grown in size and scope with a larger turnout and with more sponsors and vendors, with this year hosting more than 90 vendors, explained Dustin Shay, Polk Pride executive committee member. 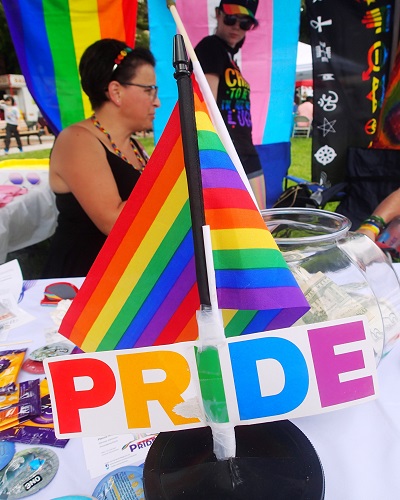 Since its start in 2015, the event has continued to grow thanks in part to both word of mouth and social media campaigns, Shay said.

Helping with the advocacy of the event, as well as LGBT equality and diversity, have been several local cities which have recently passed proclamations recognizing this past week as “LGBT Pride Week.”

“We have a lot of support from the various cities and political leaders in the area to let us know that everyone within the county is welcomed,” Shay said. “They want to keep that business within that community, to keep them safe and have a good time.” 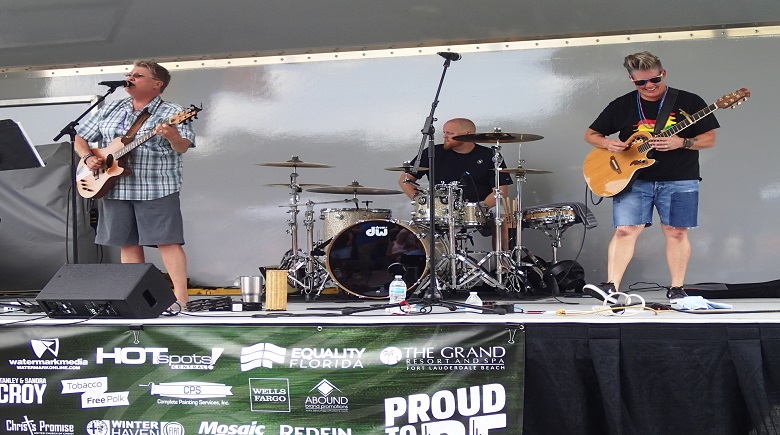 For many attendees, the event provides them a sense of solidarity among their fellow demographic, ensuring that they are not alone and that they have support.

Kristina Bianco, a volunteer with Lakeland Youth Alliance, has been attending the event with her son for the past two years, and appreciates how it allows him to be among people of his own kind.

She and her son had already experienced such a level of community through Lakeland Youth Alliance, a local LGBT group that helps provide a safe space for LGBTQ youth and allies to spend time together in a safe location. 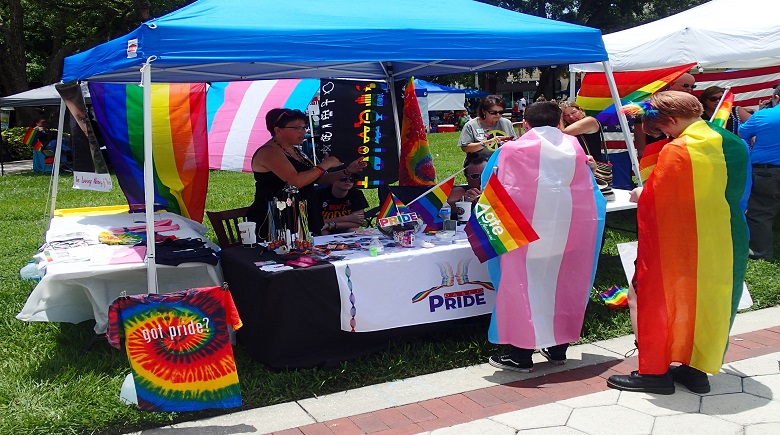 “Even if they don’t have a family, they have a place to come to and be supported,” she said. “I thank everyone for being here for my children and all the children I know who are supported.”

While many vendors were LGBT services and local businesses showing their support, others were for local politicians such as Ray Pena and Andrew Learned who were running in support of LGBT equality and rights. 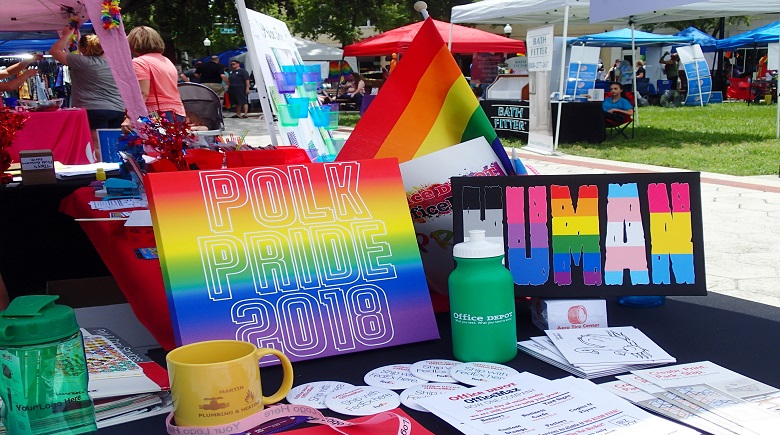 One such political group was the Rainbow Ridge Democrats, who were recruiting for people within their caucus and registering people to vote.

“We want to promote candidates who are supportive and will continue to push for rights and representation of LGBT individuals,” said Brandon Nichols, Rainbow Ridge President.

Helping improve the event’s turnout with the past few years has been the overall shift within the political climate towards the acceptance of LGBT identities, especially with the Supreme Court legalizing gay marriage in 2015.

However, even amidst growing tolerance, the LGBT community still faces many challenges concerning discrimination.

Such challenges include states passing “bathroom bills” preventing transgender individuals from using the restroom of their identity, the upcoming U.S. Census not recognizing or counting LGBT identities, and especially the Pulse mass shooting in 2016 that targeted and killed members of the LGBT community.

“60 percent of Floridians live in jurisdictions where all people are eligible for fair housing and workplace protections,” he said. “None of those jurisdictions in this county. We want nothing more and nothing less than what every other citizen enjoys here.”

Despite such challenges, Pride Polk has maintained a safe environment for local residents within the LGBT spectrum, and in turn, has fostered a strong community that will mostly face said challenges head-on through solidarity.

“With the way the world political climate has been, I think it has improved quite a bit,” Shay said. “Being on the board, I have been able to meet the strides that we have made as a community, just kind of coming together and celebrating pride.” 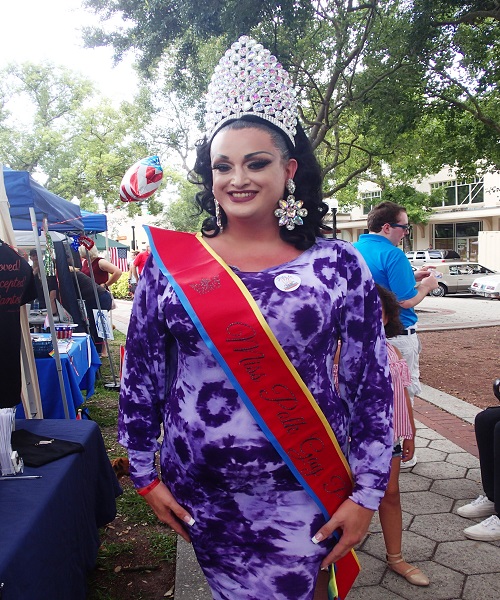 For more information about such events, visit the Polk Pride website at: http://www.polkpridefl.com/ 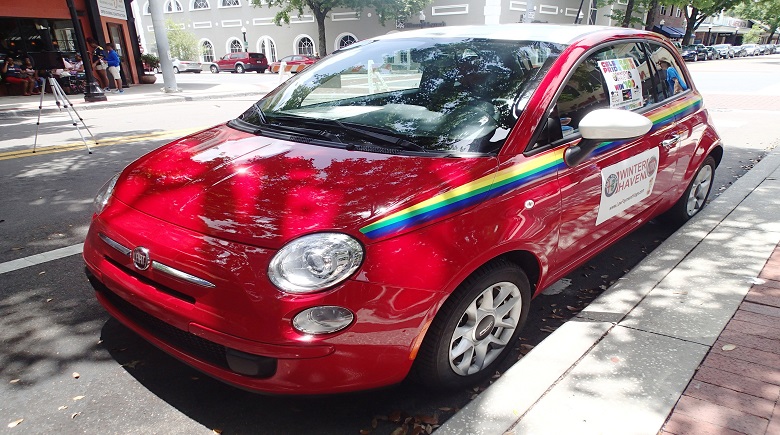 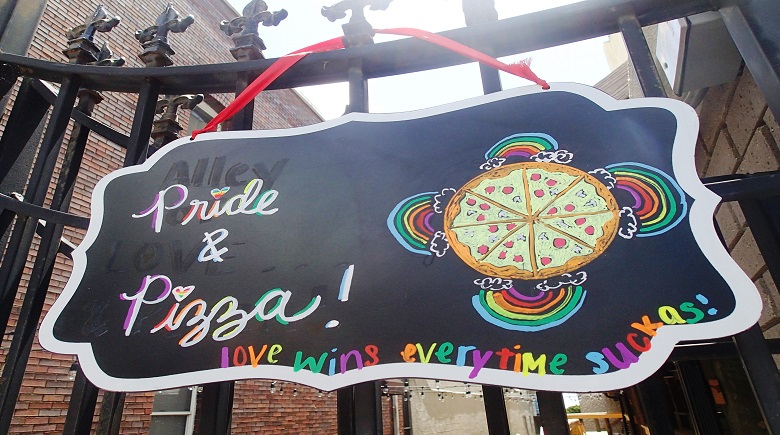 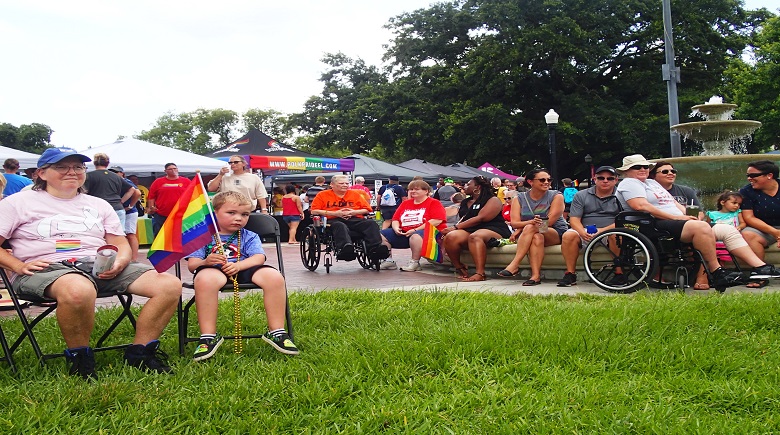